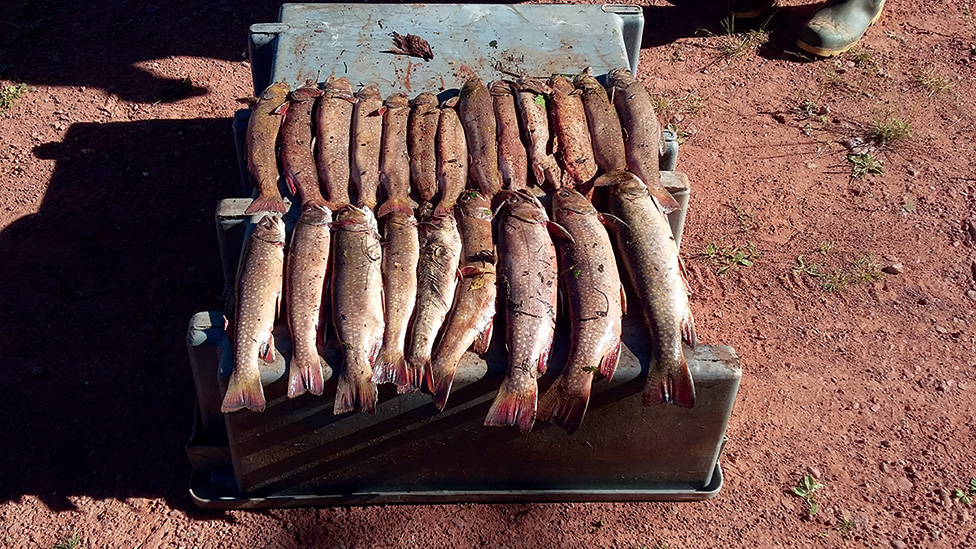 Yes, that’s right, the same P.E.I. from all the postcards with the idyllic fishing villages and rolling green landscapes bordered by wildflowers and Anne of Green Gable-themed everything.

But there are days in this province when the green fields don’t seem quite so vibrant and the fishermen shake their heads at the state of world.

Those are the days where you might see those two words in the local headlines.

It seems like every year, like clockwork, it happens at least once and this one is no different. 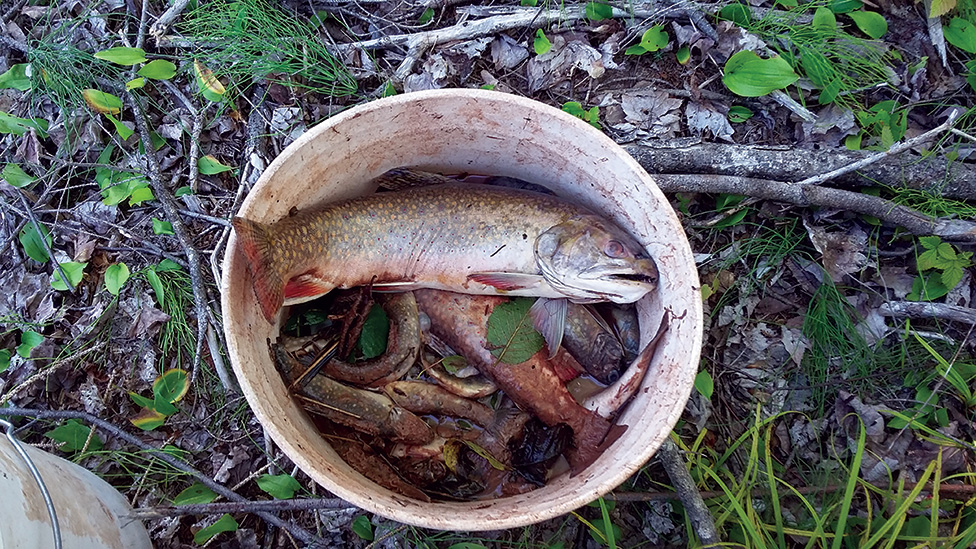 “It’s summer in P.E.I.,” said Dale Cameron, with more than a little facetiousness in his voice.

Cameron is the chairman of the P.E.I. Watershed Alliance, an umbrella organization that speaks for the many smaller regional watershed groups who work to enhance and protect the province’s waterways.

Cameron has been involved in his own watershed group for much of his adult life and has dealt with 10 fish kills in that time. 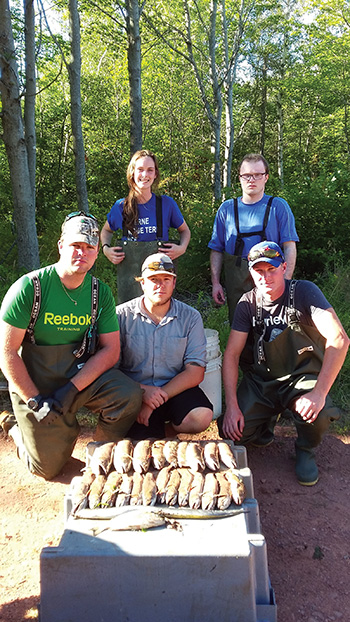 Dead fish recovered by volunteers after a major fish kill in the Little Miminegash River, near Roseville, Prince Edward Island, in August. P.E.I has been hit with at least three major fish kills so far this season, which is actually a relatively average number. Submitted photos.

He describes the fish death situation in the province this year as average. He’s seen better summers and he’s seen worse, but every fish kill is like a punch in the gut to everyone who cares about P.E.I.’s streams and rivers, he said.

“It can happen anywhere, if the right conditions are there.”

As of Sept. 6 there has been at least three confirmed fish kills in the province, plus a few others that were reported but could not be confirmed.

The exact amount of fish, let alone other creatures, that have died in these events can’t be accurately quantified, but several thousand have been recovered to date, and conservationists say that there are usually several dead specimens for every one that is recovered.

Whenever incidents like this do occur in the province, there have historically been two primary suspects, anoxic events and pesticide runoff.

One of the three confirmed fish kills so far this year, which happened in the Southwest River, near New London, has already been confirmed by conservation officers as having been caused by an anoxic event.

These events happen when an overabundance of aquatic plants start to decompose, sucking oxygen out of waterways and suffocating fish.

The excess aquatic plants that cause these anoxic events have been linked to nitrogen from the province’s agricultural industry seeping into waterways. The industry has taken steps to curb the amount of nitrogen seeping into the environment, but it still remains a problem.

The second usual suspects in die-offs are fungicidal and insecticidal sprays, also heavily used by the province’s agricultural industry.

There have been many cases in the past where excessive rain has flushed soil containing these compounds into waterways where their collective potency has been high enough to kill animals.

The other two fish kills this year are suspected to be linked to such events, though they are still under investigation. Those were in the Clyde River, near the community of the same name, and the Little Miminegash River, near Roseville.

Wade Mackinnon, manager of investigation and enforcement for the Department of Justice and Public Safety, said that public likely won’t know what is responsible for these incidents for some time. Most of the incidents are still under investigation and tissue and environmental samples have to be sent for testing, which can take weeks or months.

In the meantime, the watershed groups and their allies are left pick up dead fish and try to figure out how they can stop it from happening again. 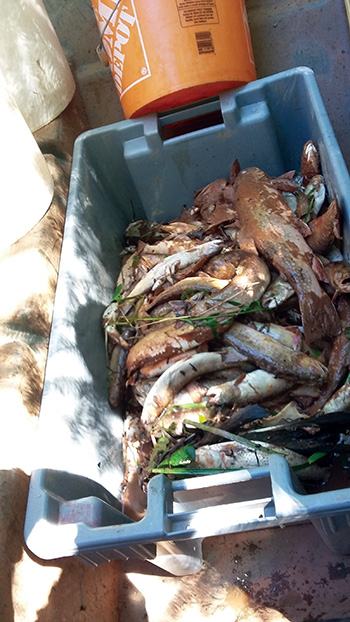 Nobody wants to get that phone call from someone reporting a fish kill, if they can help it, said MacKinnon.

“It’s extremely difficult, not only for me and my staff but for the watershed groups who have put in countless hours to try and restore these watersheds. Then to turn around and be tasked with collecting the dead fish they worked so hard to enhance,” he said.

On its face, stopping fish kills from happening again on P.E.I. seems like an insurmountable problem.

Agriculture is deeply ingrained in the province both culturally and financially. Potato production is especially prevalent and it requires significant amounts of pesticides and fertilizers to ensure a large and quality crop.

Despite all that, neither Cameron nor MaKinnon see farmers as the enemy.

“I’m assuming most folks know that we have an issue with nutrient loading and runoff issues in this province that need to be addressed or fish are going to continue to die,” said MacKinnon.

“The majority of the agricultural community are certainly doing their share in protecting the environment.”

Cameron sees the province split into two camps, one that wants a completely organically certified agricultural industry, and another that doesn’t believe profitable potato farming is possible without pesticides.

If you sat people from either of those ideologies down at a table and asked them to fix the problem, you’d get nowhere fast, said Cameron. The key will be for moderates on both sides to hammer out a compromise.

“In my mind there’s no reason why P.E.I. can’t have an agricultural industry and a healthy environment,” he said.

“But if anyone thinks that we can keep going the way we’re going and have lower nitrate levels in drinking water, not have any anoxic events and not have any fish kills, then they’re living in a fantasy world.”

You have to believe that the problem can be fixed, he added, otherwise you’d never be able to go back to a river you care about after spending days pulling rotting fish out of it. 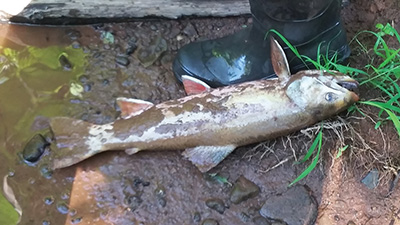 “I believe in the work we do.”

“And I don’t think it’s an irreversible problem. I think it can be remedied, it’s just a matter of getting down to the business of doing it.

No Replies to "Dealing with Death"