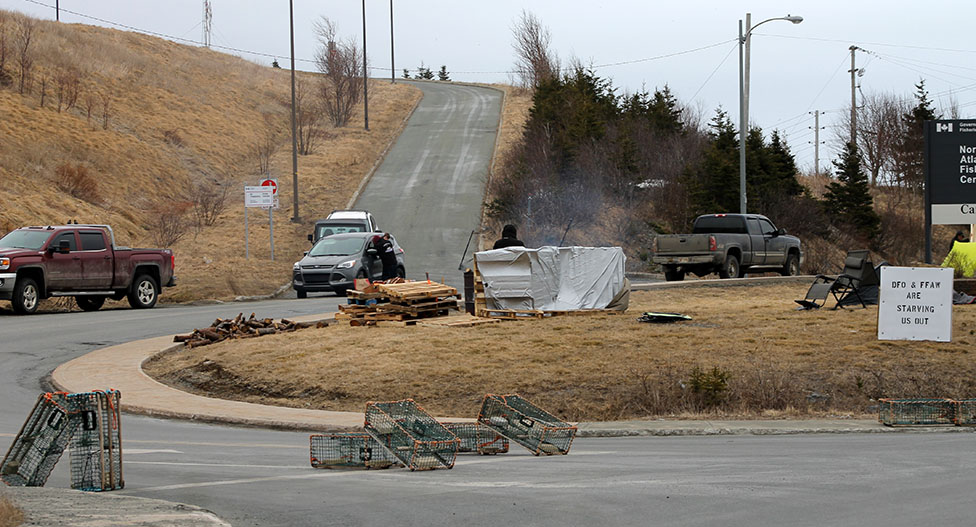 Today, he was supported by other members of FISH-NL, who blocked the road leading to DFO headquarters with lobster pots.

No Replies to "DFO Protests Continue In St. John’s"