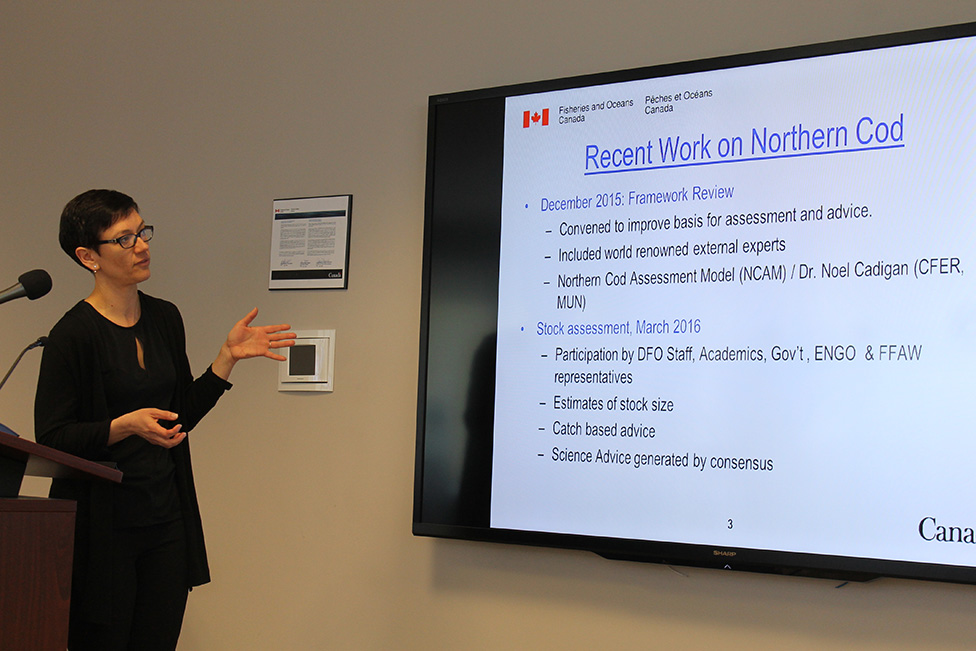 Scientists with the Federal Department of Fisheries and Oceans (DFO) are taking a cautious approach to the latest stock update of Northern cod of Newfoundland.

She said, since 2012, the stock continues to increase, but is still in the lower half of the critical zone. From 2015 to 2016, the overall cod biomass increased by seven per cent and in keeping with the current precautionary approach, harvesting should be kept to the lowest possible levels, Dwyer said.

DFO reported that total reported commercial landings in 2016 were approximately 10,000 tonnes, compared to 4,400 tonnes in 2015. This number did not include catch totals from the recreational fishery.

The results of the Northern cod stock assessment update will be posted and will be used by fisheries managers during upcoming stakeholder consultation meetings.