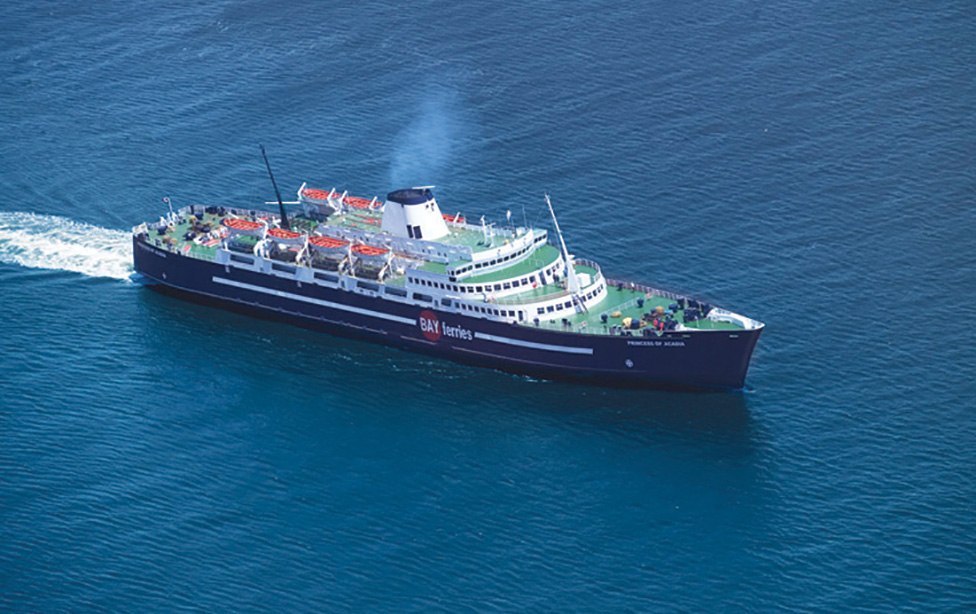 The Princess of Acadia, the old ferry which plies its trade between Saint John, New Brunswick and Digby, Nova Scotia, was starting to show its age.

Not your typical sea-faring beauty queen, the vessel was constructed 44 years ago by the Irving Shipyard in Saint John.

While not festooned with state of the art cabins, eating establishments or live entertainment, it served its purpose very well. It was and is the main highway for Nova Scotia products like seafood, lumber and Christmas trees to the markets of the United States and Upper Canada.

The Princess was basically a ferry service for tractor trailers, with limited space for the tourist or visitor trade. The route saved thousands of miles — and dollars — for the trucking industry and permitted the landing of fresh seafood products like lobster to the Boston market regularly on time. And time is of the essence here.

All of this information was presented by the Fundy Transportation Association which lobbied heavily for a replacement vessel — but a replacement which would satisfy the needs of the all-important trucking industry and the visitor trade.

However, what the federal government came up with, despite advice to the contrary from all and sundry connected with the service, was a vessel which will cut back truck traffic by over 33 per cent due to available space.

The Fundy Rose, a 14-year old vessel, was purchased by the feds for $44 million.

It looks nice, more luxury liner-like, but this isn’t what was needed for this run.

The vessel is much smaller than the Princess of Acadia and can only accommodate 14 trucks. The Princess could handle 23. That’s a huge difference which will prove expensive to those who have to deliver product to Boston on time.

According to Norm Lockyer, former chair of the MTA, this isn’t the only problem. Trucking companies had reserved spots for the trip. This will disappear with the arrival of the Fundy Rose. It will be run on a first-come, first-serve basis.

The run between St. Andrews, N.B. and Bangor, Maine is treacherous at the best of times, but especially in the winter months. To add another eight hours of driving due to the inadequacy of the ferry and a change in reservations practices will be costly indeed.

Bay Ferries, which will operate the run, says it will add a second crossing beginning at 11 a.m. during the busy lobster season, which opens at the end of November. But the industry says this is impractical because workers would have to be called into work at 2 a.m. Fish plants in the Maritimes are having a tough time finding enough workers to man their plants, especially due to constraints imposed by Ottawa on foreign workers.

In some cases foreign workers make up 30 per cent of the workforce and cutbacks have forced processors to reduce production or in some cases cease operations.