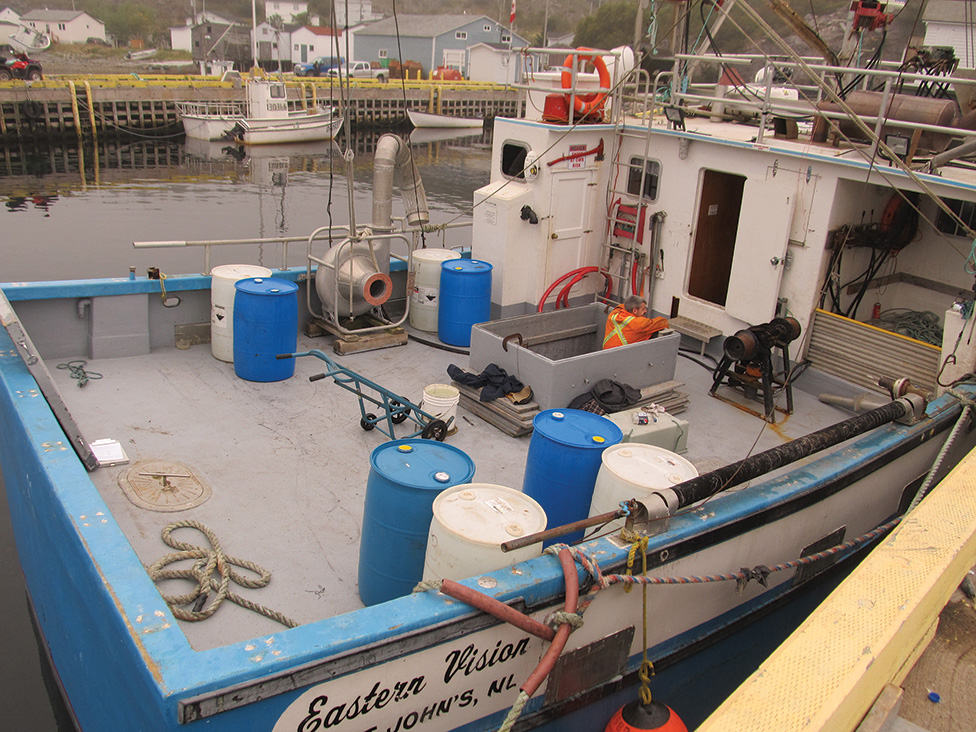 Ensure Your Stability Booklet is Up To Date

All of these decisions will ultimately affect the stability of their vessel.

Not all owners give consideration to the affect of changes on their vessel’s stability. Modifications such as stern extensions, raising the main deck and the addition of shelter decks will change the handling and stability characteristics of the vessel.

Such alterations could change the hull form and the center of gravity and buoyancy of the vessel. Adding or modifying deck equipment such as winches, A-frames and stabilizers will also have similar affects on stability.

Changing the amount and type of fishing gear you carry, as well as the amount and arrangement of fish carried in the hold will also change the stability characteristics. If you have a stability booklet that is completed for capelin or herring fishing, don’t assume that it will pass all requirements to fish for shrimp, for example.

An example could be the addition of a deck crane, adding tubs of rope and gear on the shelter deck, adding stabilizers and making the wheelhouse bigger. It is not until some time later when the owner has a close call and wonders what could have went wrong.

Not all vessel changes will have a negative effect on stability. The addition of a stern extension or bulbous bow for example, increases the vessels buoyancy and overall size and will often result in a vessel that has better efficiency and stability. Moving deck winches from the upper deck to the main deck is another example of an alteration that improves stability.

If you already have a stability booklet for your boat and you complete alterations or modifications, the booklet will no longer be accurate to your boat and will therefore no longer be valid.
The key point to remember is any change or alteration that affects the center of gravity or handing of the vessel has an effect on stability.

Another important note to point out is that vessels typically get heavier over time, especially wooden boats and this is not accounted for in an old stability booklet. A new vessel inclining and complete new stability booklet may not be required, but the changes you make to your vessel should always be documented, analyzed and tested to ensure that the stability of your vessel is still compliant with Transport Canada stability criteria. A vessel that you have become comfortable with over time may no longer be safe if it has been modified.

Volunteers Helping to Save Lives

Risk Versus Reward in the Fishery

Rick Young is a naval architect with TriNav Marine Design.

No Replies to "Ensure Your Stability Booklet is Up To Date"