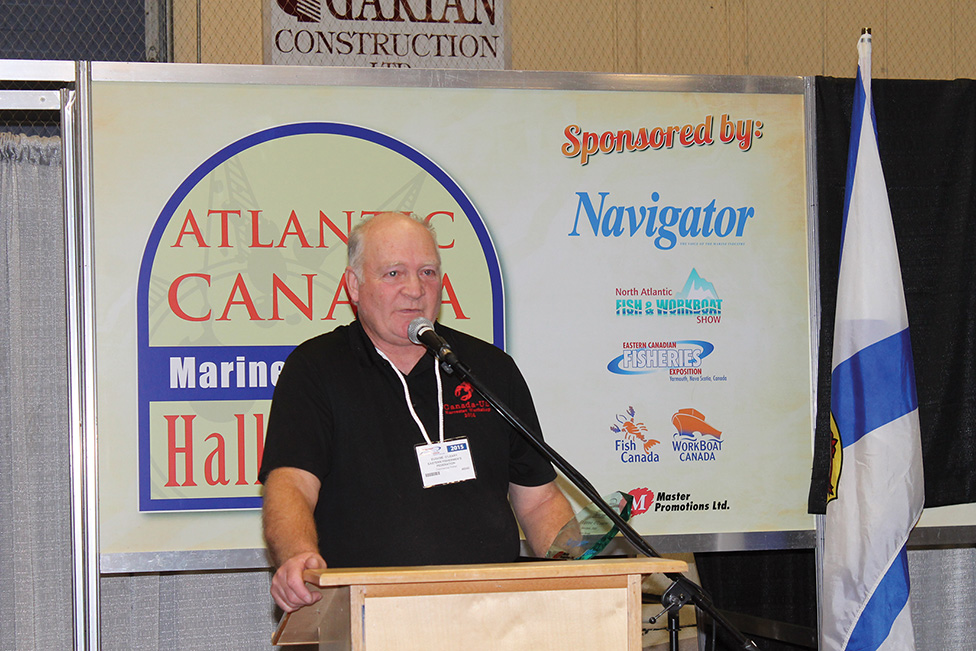 Eugene O’Leary, an inshore harvester from Guysborough County, is the newly minted president of the Lobster Council of Canada (LCC).

He is adamant about two beliefs — the Atlantic lobster needs a marketing strategy with a global reach which the LCC can accomplish, but needs the entire industry behind it and secondly the demise of the owner/operator policy will be end of the independent harvester.

O’Leary was in Yarmouth recently to attend a director’s meeting of the council when The Navigator caught up with him.

Unlike other fishermen of his age (he’s 65) O’Leary came into the harvesting business rather late — his father toiled all his life as an inshoreman, choosing carpentry and the building of fishing boats as his trade.

So, how did he end up representing inshore harvesters and eventually achieving the presidency of the Lobster Council of Canada?

“I was part of the Guysborough Inshoremen’s Association and when the Adopt-a-Stream program emerged and most of the members were for it, nobody would take leadership, so I did. And I’ve been representing fishermen ever since,” O’Leary explained.

In the winter of 2014, there were high hopes the Atlantic lobster fishing industry would proceed to market its product as a group following a highly successful Lobster Summit in Halifax.

While there have been highs since then, two years later the project is still not off the ground, although three of the four provinces are on board. The stinger in the ointment is Nova Scotia has yet to fully get behind the project and promote it.

“He (Keith Colwell) says south western Nova Scotia has to be included and we agree,” O’Leary said.

“So far we had a bit of success with the N.S. Fish Packers Association on board, although some of its members are vehemently opposed to the levy system proposed to pay for the endeavour… but a major problem is the lack of a large organization representing the majority of fish harvesters in the area.”

The LCC recently met with new federal Fisheries Minister Hunter Tootoo and asked for support, not financial, from the feds.

“He seemed positive about our request. He asked a lot of questions, especially as it related to harvesters and how the marketing effort would be of benefit to them. We’ll meet again,” O’Leary said.

O’Leary feels an opportunity was missed following the Lobster Summit in Halifax two years ago.

“We should have had an Atlantic-wide vote right there and then,” he mused.

There is another factor at play at the moment — the bumper landings and high prices experienced in LFA 33-34 since last December. It’s the nature of the beast that when times are good, harvesters are reluctant to join or change anything. If it ain’t broke, don’t fix it is the going mantra, although harvesters forget that they actually received $4.50/pound for their catch; the difference being the low Canadian dollar which bumped up to the price to $6.00-$6.25/pound.

You Can't Fix It

No Replies to "Eugene O’Leary Takes the Reins at LCC: New President a Staunch Believer in Marketing Canadian Lobsters and Owner/Operator Policy"