I am writing in response to Kris Vascotto’s letter entitled, Northern Cod: Focusing on Facts and Science to Protect the Future, that appeared in the May issue of The Navigator.

The title chosen contains a fair amount of irony, as the letter itself relied on nothing more than falsehoods and finger pointing in an attempt to further the divisive messaging driven by the organization Mr. Vascotto represents, the Groundfish Enterprise Allocation Council (GEAC).

First, let’s be clear on who GEAC is — while Vascotto claims his members are, “mostly family-owned and operated companies based adjacent to the resource,” he fails to mention that these companies are the large corporations operating offshore trawlers and shuttering plants in our communities. His members continue to ship fish away from rural Newfoundland and Labrador and strip jobs and value from our shores.

Ownership and location to a resource do not equate to being community and conservation-minded, two principles that GEAC has consistently undermined. When Minister LeBlanc announced that the first 115,000 metric tonnes of Northern cod would be allocated to the inshore owner-operator fleet, it came as very unwelcome news to GEAC, as the decision severely limits access for offshore trawlers. It is important that this bias be exposed for what it is.

Further evidence of misrepresentation is found in Vascotto’s comparison of the amount of Georges Bank haddock landings to Northern cod landings. The last haddock assessment reported a spawning stock biomass (ssb) of 33,700 tonnes. Northern cod — by last assessment — was nearly 10 times that amount, at 315,000 tonnes. A comparable level of removals for haddock would be a paltry 1,450 tonnes. They land nearly 15,000 tonnes.

To focus on a two-year period and say, “From 2015 to 2017, the SSB increased by 50 per cent yet official fishery removals were allowed to triple, despite scientists’ urging that removals be kept at the lowest possible level,” is cherry picking at best. What Vascotto does not say is that the spawning stock biomass grew from 26,000 t to 315,000 tonnes today — a more than 10-fold increase. Of course, this does not fit the GEAC narrative so they are conveniently left out. 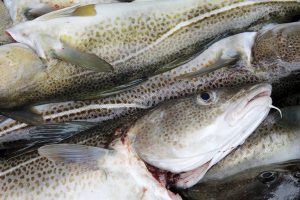 The inshore’s small stewardship fishery is sustainably fished with an extremely low harvest rate of one per cent. Even more conservative measures were proposed for this year’s fishery by the Newfoundland and Labrador Groundfish Industry Development Council.

Vascotto’s attack on the inshore fishery is about access to fish. This is evidenced in his request for 300 tonnes of Northern cod at this year’s Northern cod advisory. His request was to have this fish allocated to his trawlers and the 65–100-foot fleet, a fleet consisting of mainly out-of-province vessels and owners.

GEAC claims to have a desire for industry stakeholders to work together, yet Vascotto’s editorial and GEAC’s track record does nothing but drive a wedge between participants in the fishery and the communities that rely on them.

GEAC is not a community-minded organization and its letter amounts to nothing more than another tactic in its strategy to destroy the inshore fishery until trawlers can gain access to the fish. For the sake of the stock and our coastal communities, inshore harvesters must fight to ensure this does not happen.