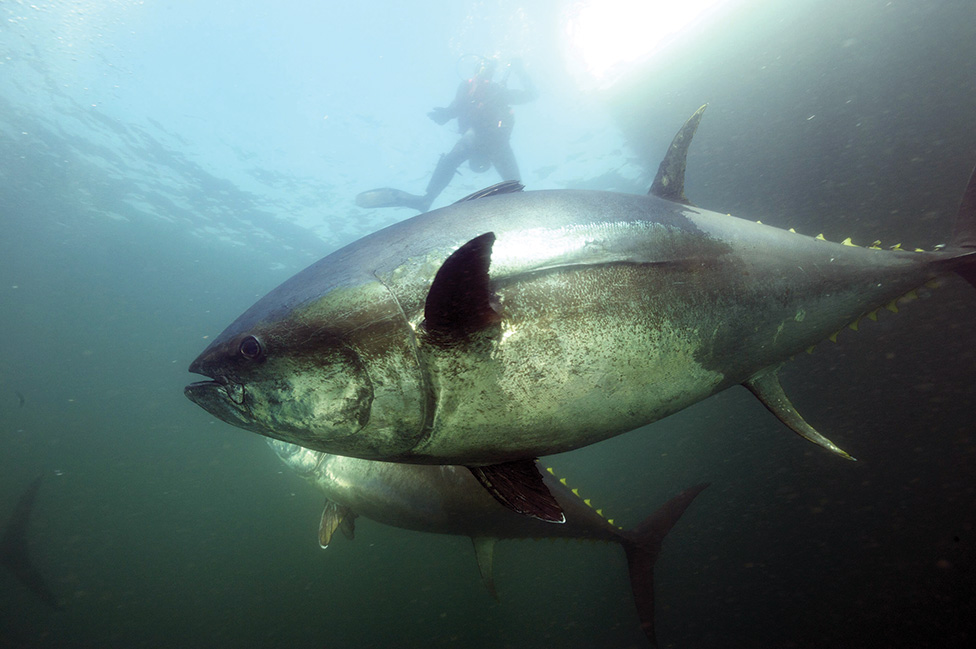 All his life John Hopkins had wanted to catch a bluefin tuna.

Growing to massive sizes, well in excess of 1,000 pounds and incredibly strong swimmers, bluefin are revered all over the world.

“Every fisherman’s dream is to catch a giant bluefin. It’s one of the most powerful fish in the sea,” remarked Hopkins.

But that was then.

If you asked him that same question today — the answer would be more complicated. 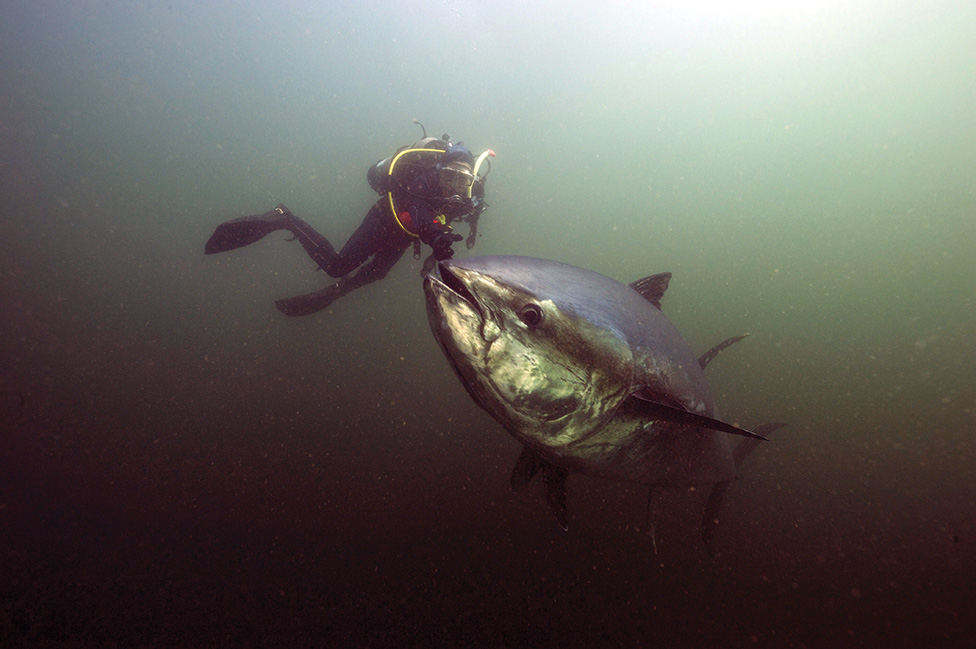 Hopkins is filmmaker who grew up in and still works from Prince Edward Island. One of his latest projects, a documentary called Bluefin, has won acclaim and awards at several major film festivals. It is also shining a spotlight, for better or worse, on a tuna fishery that has put a visit to his home province on the bucket lists of countless sport fishermen around the world.

“Best rush you can get and still have your clothes on,” quipped one fisherman in the film.

Hopkins was approached after a screening of his latest film by a representative of the National Film Board of Canada. It wanted to know what he was working on next. “At that point, I really didn’t have anything,” recalled Hopkins. “But for some reason a light came off in my head and I said, ‘I’m making a film about bluefin tuna fishing.’”

Hopkins had grown up sport fishing with his older relatives and had always heard stories about the giant bluefin tuna, especially the truly monstrous fish being caught off North Lake, P.E.I.

“I could never have had enough money to go out and fish tuna. So, I figured if I made a film about bluefin tuna fishing, I might have a chance of experiencing that. That’s what I came into the film with,” he said.

Some of the film’s accolades so far include the 2017 San Francisco International Ocean Festival Wildlife Award, winning the Social Justice Documentary Competition at the Santa Barbara International Film Festival, it netted Hopkins the Lunenburg DocFest Best Atlantic Filmmaker Award and has been made an official selection at the 2017 Wildlife Conservation Film Festival and 2016 Atlantic Film Festival. It is also scheduled to make appearances at a number of festivals this year.

The film has also signed a deal with U.S. distributor Gravitas Ventures. 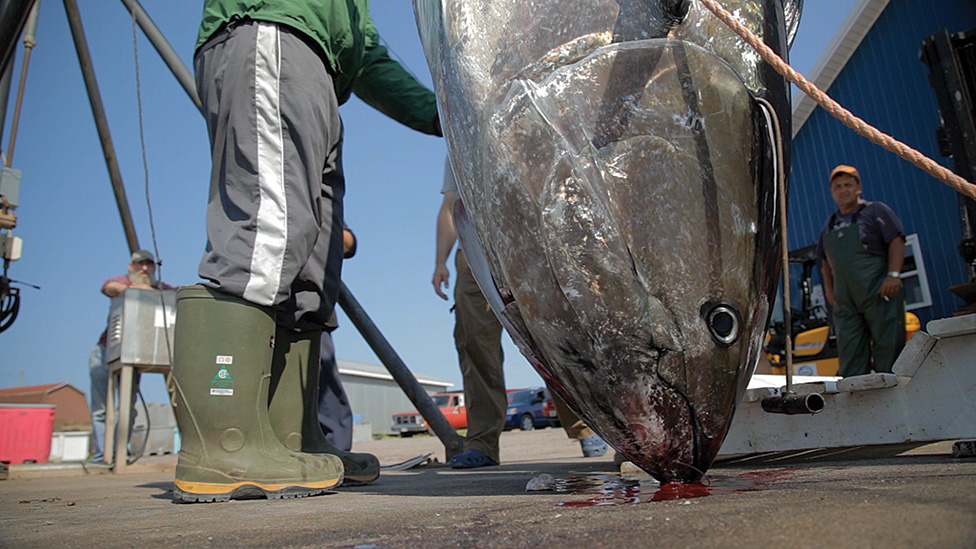 The response to the film has been tremendous, said Hopkins. However, he admits that not everyone is happy with the film’s take on the Island’s tuna fishing industry.

There are some people in the fishery here that won’t speak to him anymore, he said and others who have argued strongly against some of the conclusions expressed by interviewees in the film.

Local tuna fishermen, the folks the film was made for and about, have been wary of the film, though Hopkins believes some of that animosity is based on hearsay.

“There’s a lot of rumour and innuendo in the fishery and it can be their own worst enemy in certain ways,” said Hopkins.

During a recent showing of the film in Charlottetown, a number of fishermen attended, he said, and some told him afterword that they were glad they’d gone to see it for themselves.

“People came in with maybe a bit of dark cloud over their heads because they’d heard rumours about what the film is about, that it wasn’t good for fishermen or whatever. But they came out of it surprised and glad that the film was made,” said Hopkins.

Of course, not everyone is of the same opinion, but he stands by his work and believes it to have a balanced take on the situation. And that situation, as Bluefin makes abundantly clear from the testimony of fishermen and scientists alike — is somewhat strange. 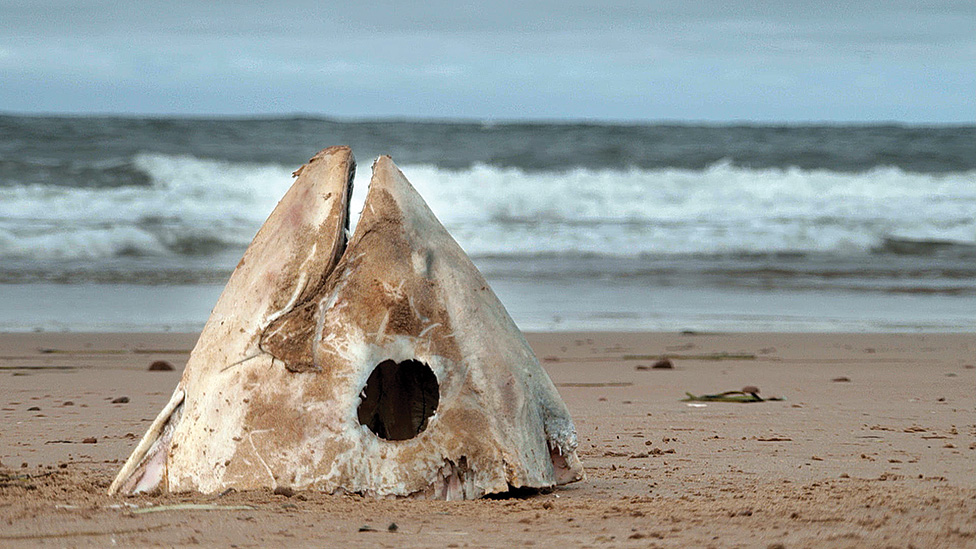 After disappearing from the waters off P.E.I.’s north shore for decades, giant bluefin tuna are back in numbers greater than anyone can remember.

The fish have also completely lost their fear of humans. They chase fishing boats in the hopes of being fed, to the point where some captains report being able to hand-feed them from the sides of their boats.

So why have the tuna suddenly returned and what is driving their strange behavior?

Some in the film put forward the theory that P.E.I. is a last bastion for the species, which some reports have said is down to 10 to 15 per cent of its historic numbers.

“It’s really like one herd of buffalo in one of the last valleys where they are found in abundance. But there are entire plains where they are not found at all,” said Boris Worm, a marine biologist at Dalhousie University interviewed in the film.

Bluefin features several fishermen who express frustration with that kind of assessment.

“The fishermen are very frustrated when they watch the news or see a newspaper article about bluefin tuna, calls about extinction and endangered species or what have you, because we don’t see it. We’re the stewards of the sea — we know what’s going on out there,” said one captain.

Another was a tad more direct. 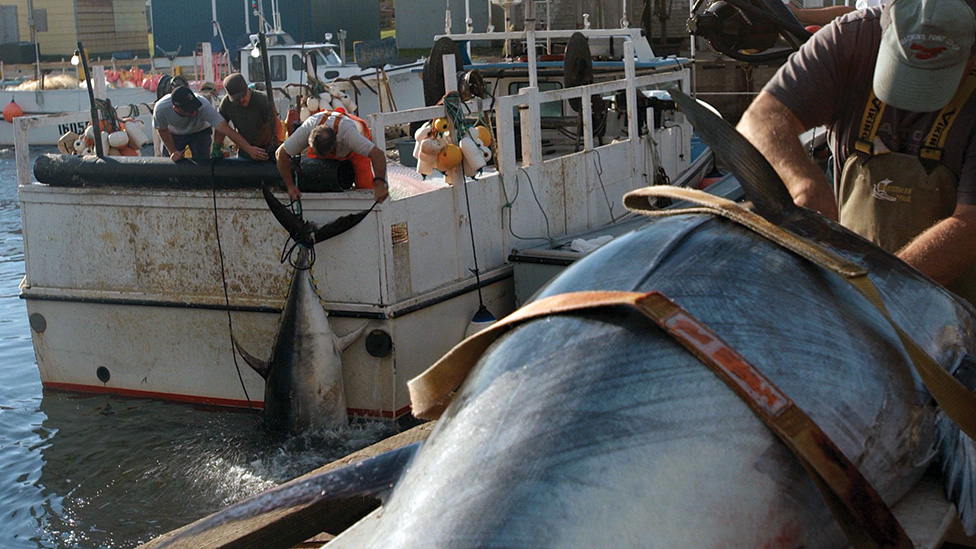 “The f**king bunch that comes out off-a-here and says there is no tuna is f**king crazy,” said one fisherman. “There’s not a chance they’re endangered. No. Absolutely freaking not.”

The film also features the catch and release charter fishery, which most people in the industry agree is far more valuable in terms of its economic viability and potential to conserve the species.

Tim Simpson, editor of BlueWater Magazine, who was interviewed for the film during an expedition to catch bluefin.

“They have an extraordinary opportunity here,” Simpson said. “They’ve got the biggest tuna in the world. Tuna are a major draw card for sport fishermen — and this is the grand prix. This is the biggest tuna of the world and they are here, literally, a few miles off shore, in calm easy to fish conditions. (The industry) has got everything going for it.”

But some fishermen interviewed in the film who said scientists were crazy for saying there was no tuna, get a worried look on their faces when the subject of herring comes up.

Herring, they admit, are in trouble — and that’s not good for anybody. Herring are caught in huge numbers annually for bait in the lucrative lobster fishery. Canada is also one of the few places that allow the fish to be caught while they are spawning.

Bluefin discusses what impact the decline of the herring could be having on the tuna. Some interviewees theorize that the reason the tuna have lost their fear of humans is because they are starving and see people as an easy source of food.

If his film does one thing, said Hopkins, he hopes it starts a discussion about the herring fishery. If that fish goes the way of the cod and disappears, it will have a ripple effect throughout the ecosystem in the Gulf of St. Lawrence. It would be nice to think that the film could play a role in helping to preserve the species, he added.

Bluefin are a charismatic species, added Hopkins and he’s grateful for the opportunity to have been able to film them and show their beauty to the world.

“The tuna’s only voice is their sheer beauty. That’s their only political statement and their only defence against all of this,” he said.

To see the trailer and previews of Bluefin go online at www.nfb.ca/film/bluefin/. To find out more about John Hopkins and his company, Square Deal Productions Atlantic Inc., go online at www.squaredeal.ca.

All photos are scenes from the documentary film Bluefin and are provided courtesy of Square Deal Productions Atlantic Inc.

Is it OK to Eat the Small Ones?

No Replies to "Filming Giants"