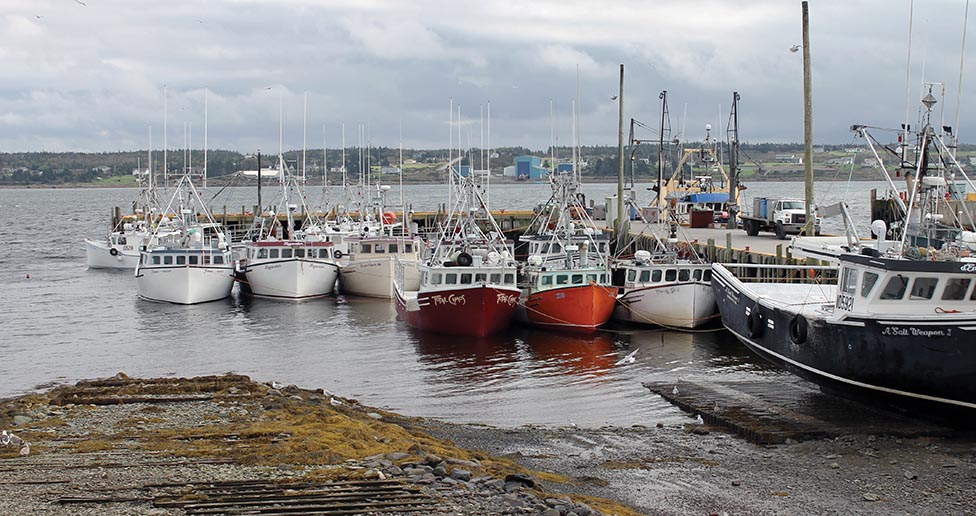 The long-awaited amendments to federal fisheries regulations codifying key aspects of the Department of Fisheries and Oceans (DFO) PIIFCAF policies, including prohibitions on “controlling agreements,” are finally final.

Anticipated since the June 2019 Fisheries Act refresh, the final amendments to the regulations come with some surprises, often differing significantly from the proposed draft amendments the DFO initially released in July 2019. The amended regulations prohibit the transfer of the use and control of the rights and privileges under a licence to fish, with various exceptions including for creditors, inshore family fishing trusts and corporations.

1. Restrictions on Use or Control of Licence by Third Parties

The amendments proposed in 2019 were aimed at codifying into law DFO’s policy prohibiting “controlling agreements” in the inshore fisheries, and included provisions targeting fish buyers and processors in particular. Under “controlling agreements,” inshore licence holders, in return for loans or other financial support, allowed the lender — often a fish processing company — to control the licence holders’ privilege and rights to request DFO to transfer the licences to third parties.

The prohibitions against the transfer of the use and control of the rights and privileges under a licence to fish take effect on April 1, 2021. Licence holders and their counterparties should take care to ensure their arrangements comply with the regulations before they come into effect.

The regulations set out a number of exceptions to the prohibition on transfer of rights and privileges, including:

Licence security is ineffective if lenders can’t recover and liquidate the licences after a default in repayment. To do so, lenders must have some ability to control how the licence is used after a default occurs. DFO has indicated how it will interpret and apply the first four exceptions:

DFO’s commentary on how it will interpret and apply the regulations isn’t necessarily the final word, however.

DFO did indeed have extensive discretion when fleet separation and other licence restrictions were imposed by policy. But with the codification of these rules in the form of regulations, the courts, rather than DFO, will be the final arbiter of the regulations’ interpretation and application.

Among the exceptions to the prohibition on transfer of rights and privileges are transfers to the licence holder’s inshore family fishing corporation, a new concept under the regulations. Under the final amendments, an “Inshore Family Fishing Corporation” (IFFC) means a corporation that operates an inshore fishing enterprise in which:

For the purpose of qualifying as non-voting shareholders, Inshore Fishing Corporations have the same requirements as IFFCs, but don’t operate the fishing enterprise. For Inshore Family Fishing Trusts, the sole trustee must be the licence holder, or in the case of a corporate license holder, the sole shareholder.  Further, beneficiaries of the trust must be family members (which includes a common-law spouse).

The regulations don’t define what constitutes “use or control of rights or privileges conferred under a licence” or their transfer. DFO, however, describes rights and privileges as:

As anticipated, parties will need to consider, in future, what constitutes “use or control of rights or privileges conferred under a licence” and their transfer.

The amended regulations are enforced under the Fisheries Act. It was anticipated that entering into agreements with processors and buyers prohibited by the regulations would constitute an offence under the Fisheries Act. Absent the proposed restrictions on agreements with processors and buyers, breach of the prohibition against any third party using or controlling the rights and privileges of a licence can result in sanctions including fines or imprisonment, in addition to restrictions or loss of licences. 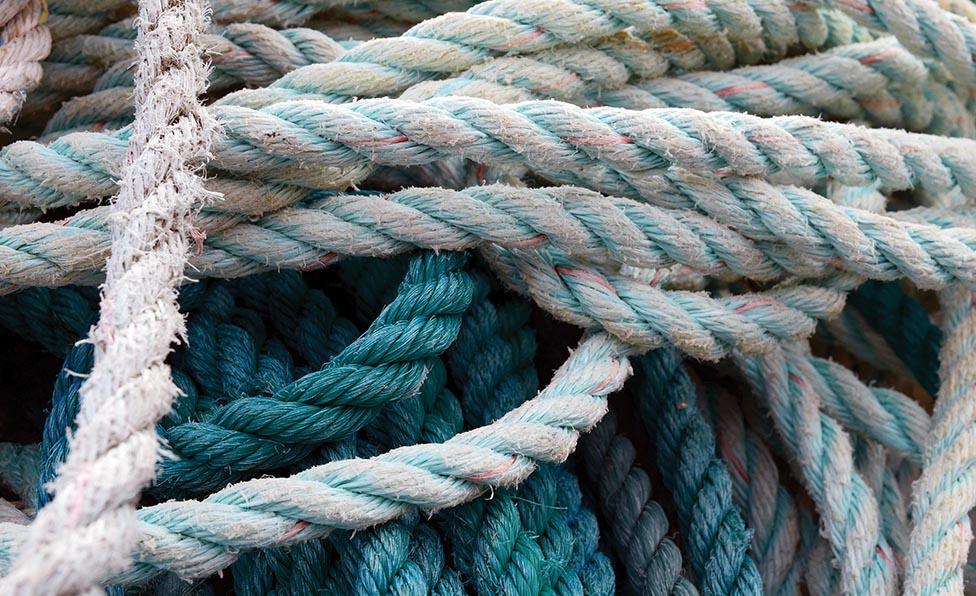 2. Issuance of Licences Only to Individuals (or Wholly Owned Corporations) Who Personally Fish the Licence

As in the proposed amendments, under the final amendments a licence holder is the one who personally fishes and retains the benefit of the licence.

This codifies DFO’s existing owner-operator policies, currently embedded in the Maritimes Region Commercial Fisheries Licensing Policy and the Commercial Fisheries Licensing Policy for the Gulf Region, which provide that licences are issued in the name of an individual fish harvester (or, for the inshore, their wholly owned company in accordance with the Policy on issuing licences to companies) and that the harvester must “personally fish the licences issued to them.” Sections related to the prohibitions against the transfer of the use and control of the rights and privileges under a licence to fish take effect on April 1, 2021.

Consistent with the proposed amendments, non-exempted licences can be issued to an individual, their estate, or succession, or to a corporation if all shares belong to one individual.

Also consistent with the proposed amendments, fishery officers will enforce owner-operator provisions through inspections, both dockside and on the water, similarly enforceable under the Fisheries Act. These inspections ensure the licence holder or an authorized substitute operator is present on the vessel. Formal investigations may result in charges and prosecution. 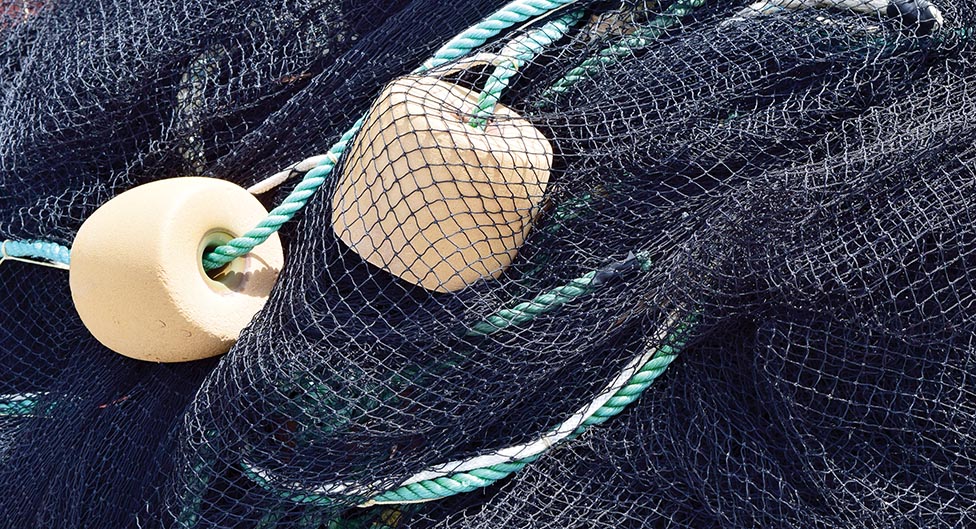 The final amended regulations confirm that most existing exemptions under the current policies will be maintained and when grandfathering will be lost.

Many of the licence categories remain the same as those proposed. The final AFR amendments set out the following categories of licences:

(a) Inshore Independent Core Licence other than groundfish fixed gear ITQ 45–65’, groundfish mobile gear ITQ <65’, herring purse seine, Full Bay scallop, Scotian Shelf shrimp mobile gear in Areas 13 to 15, swordfish longline and certain tuna, bluefin tuna, sculpin, as well as squid jigger or handline, and by other trawl and purse seine if also used in certain licences above. Use or control of licence cannot be transferred.

(b) Coastal Licences, other than certain herring or mackerel.

(c) Inshore Independent Core Licence in which a designated operator status is held by a licence holder in (a). Use or control of licence cannot be transferred.

(d) Inshore Licence in which an operator is named that is held by the head of a non-core enterprise.

(e) Inshore Licence in which a designated operator status is held by the head of a non-core enterprise.

(f) Inshore Licence held by an organization issued an allocation for the benefits of its membership.

(g) Inshore licence for a pre-1989 company, unless “designated operator status” appears on the licence, or the corporation held an inshore fishing licence before January 1, 1979.

The activities under paragraphs (a), (b), (d), and (g) must be carried out personally by the licence holder.

The Maritime Provinces Fishery Regulations (MPFR) amendments set out the same categories of licences for paragraphs (c) to (g), but the exceptions in paragraphs (a) and (b) differ.

The final amendments maintain many of the proposed exceptions. In particular, paragraph (g) to the AFR categories recognizes the existing grandfathering for pre-1979 corporations and pre-1989 companies.

The final amendments with respect to the loss of grandfathering of existing exceptions are as proposed. This means eventually, most licences will be issued to Independent Core licence holders who will be subject to all of these amendments. The amendments provide for two types of licences that will not continue to be exempted when transferred:

Consistent with the proposed amendments with respect to pre-1989 companies (category (g)), a corporation’s majority shareholder can’t change and must fish the licence personally. Upon reissuance to a new licence holder, these licences can be reissued to another pre-1989 corporation, or to an Independent Core licence holder.

To discuss this or any other legal issue, contact Geoffrey Spencer at geoffrey.spencer@mcinnescooper.com or  any member of McInnes Cooper’s Oceans Economy Team. Read more McInnes Cooper Legal Publications and subscribe to receive those relevant to your business.

This article is information only; it is not legal advice. McInnes Cooper excludes all liability for anything contained in or any use of this article. © McInnes Cooper, 2021. All rights reserved.

Coalition Asks Federal Liberals and Conservatives for Action on Fishery

Put the Fishery on the Political Agenda