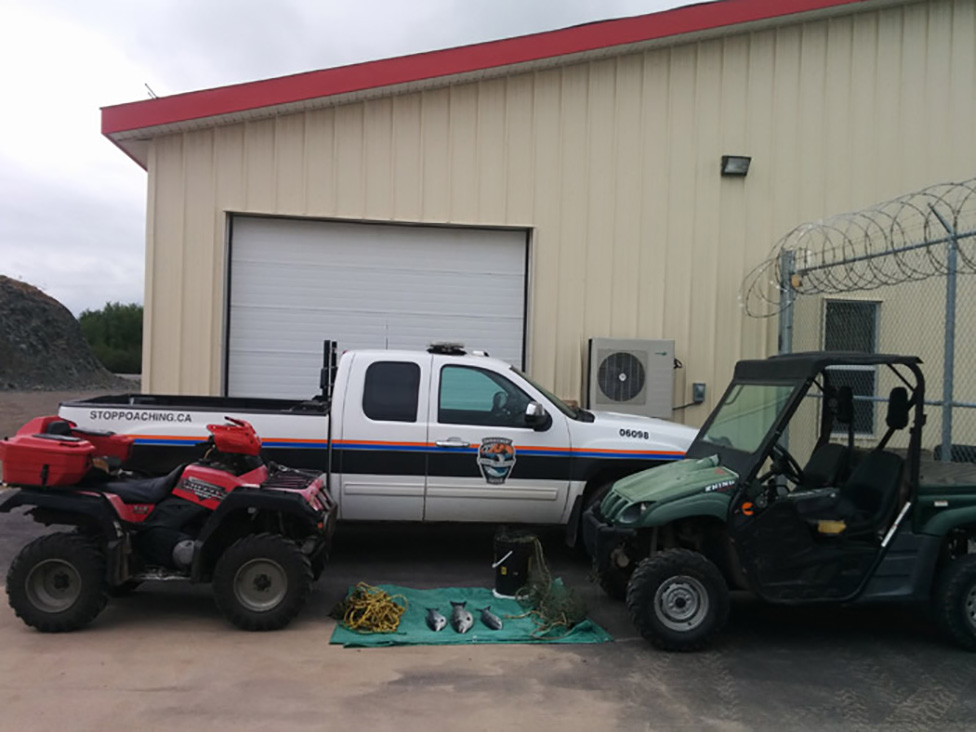 Recent tips from the public about the illegal netting and selling of Atlantic salmon in the Harry’s Harbour area near Springdale in central Newfoundland, have resulted in two males facing charges under the Federal Fisheries Act.

Earlier this month, Fish and Wildlife Enforcement Officers from the Springdale and Grand Falls-Windsor detachments initiated a lengthy surveillance operation in the Harry’s Harbour area that spanned several weeks. As a result, two adult males were apprehended on July 16 and charged for illegally netting salmon in coastal waters, as well as for possession of illegal salmon.

As a result of the incident, officers seized two all-terrain vehicles, a net and three Atlantic salmon.

In an unrelated incident, two males were apprehended on the Exploits River on July 15 for violations of the Fish and Wildlife Act including improper tagging and for being over the daily bag limit.

Also on July 7 at provincial court in St. Anthony, Leon Pilgrim of St. Anthony Bight pled guilty to illegally netting Atlantic salmon and was fined $2,000. In addition to his fine, Pilgrim is prohibited from travelling on any coastal waters for a period of three years and cannot hold a recreational fishing licence for the same period. Two nets and two Atlantic salmon were ordered forfeited to the Crown as a result of the incident.