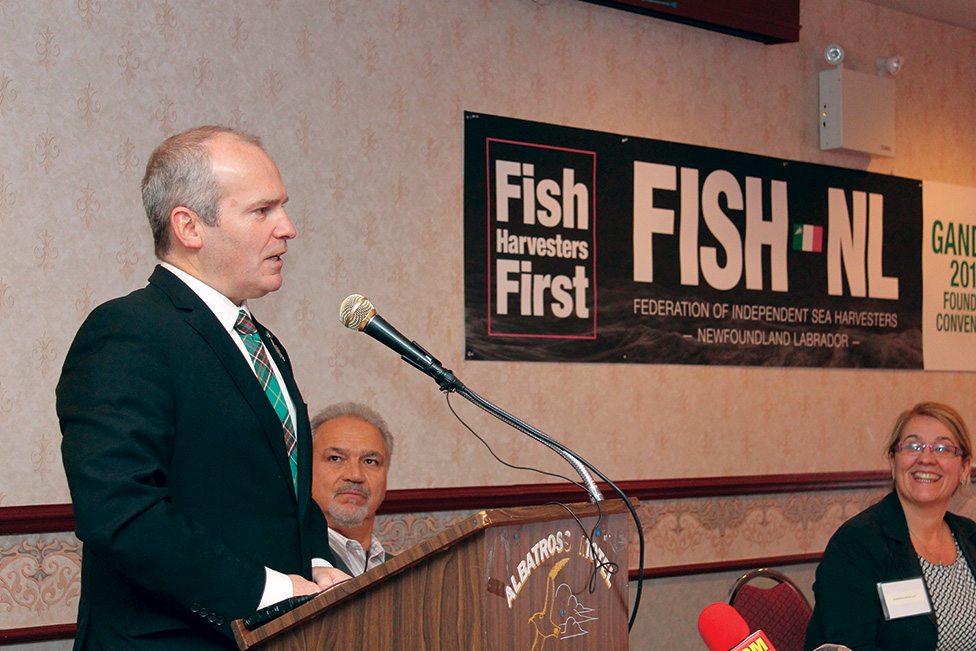 The Federation of Independent Sea Harvesters of Newfoundland and Labrador (FISH NL) has set Thursday, Dec. 29, as the deadline for receipt of membership cards from fish harvesters around the province.

“Membership cards continue to pour in by the hour,” says Ryan Cleary, president of FISH-NL. “According to the legislation, our application for certification must be submitted by the end of December, so we’ll continue to collect cards until then.”

FISH-NL membership cards cannot by submitted to the Labour Relations Board after the application has been made. “We’ll have our shoulders to the wheel as long as cards come in — right up to the deadline,” said Cleary. “We don’t want to leave a single fish harvester behind.”

“Ultimately we’ll go with our strength,” said Cleary. “We’ve collected thousands of cards, with support from every nook and cranny of the province. Most certification drives have a minimum of 90 days to collect membership cards, but we only had 60 days, and we’ve done the impossible.”

FISH-NL’s membership drive began on Nov. 1, with more than 11,000 cards distributed to date around Newfoundland and Labrador by more than 250 volunteers.

Only minutes after FISH-NL announced the deadline extension, the Fish, Food and Allied Workers Union (FFAW-Unifor) responded with a press release of its own.

In a clear sign of insufficient support, FISH-NL announced today that it is extending its deadline for filing an application to the Labour Relations Board, breaking a months-long commitment to file by December 20, the union said. Further highlighting their lack of province-wide support is FISH-NL’s ongoing effort to lower the bar on the threshold for securing a vote and its suggestion that the best way forward for fish harvesters is a fractured harvester labour movement, creating dozens of small and weak unions, the press release added.

“The writing is on the wall,” said David Decker, FFAW-Unifor Secretary-Treasurer.

“Not only is this group not up to the challenge of representing harvesters, their plan to divide harvesters into many separate bargaining units would only benefit the companies by pitting fish harvesters against one another.”

While the FFAW-Unifor has made it clear that breaking fish harvesters away from other members of the union would weaken their bargaining power, the suggestion of filing separate buyer-by-buyer applications would further diminish the bargaining power of harvesters and undoubtedly threaten their ability to negotiate higher prices, the release said.

“Today’s announcement is a very good indication of how disorganized this group is,” continued Decker. “Their self-appointed deadline has come and gone and clearly they’ve fallen short.”

No Replies to "FISH-NL Extends Deadline for Membership Cards"