After 500-plus years of fishing history, the Newfoundland and Labrador government — through its Labour Relations Board — has finally defined an inshore fisherman.

The definition doesn’t involve trips to sea nor fish landed. From the Board’s perspective, that’s irrelevant.

The definition also doesn’t factor in whether a person lives in Newfoundland or Labrador, has a full-time job outside the fishery, or has ever stepped aboard a boat.

To be considered a fisherman/woman in the eyes of the Board, the only criteria is that a person must have paid dues to the union — the FFAW-Unifor.

That definition does not hold water within the dynamics and practices of today’s fishery, which renders the Board’s definition of an inshore harvester a lie.

When a skipper sells his catch, the fish processor is provided with a list of crew/people to be paid from the proceeds. The processor, in turn, automatically deducts FFAW dues in the name of each person on the list, and remits the money to the union, as per the Master Collective Agreement.

In January 2017, less than a month after FISH-NL submitted its application for certification, the Association of Seafood Producers (ASP) wrote the Labour Relations Board to recommend “consideration” be given to the definition of a fisherman.

ASP cited the following example: “The enterprise owner may decide to pay someone from the catch proceeds who has not participated as crew in a voyage, a common practice in the industry.”

Questions have been raised whether people (possibly thousands) who have fish sales in their names have any connection to a catch. 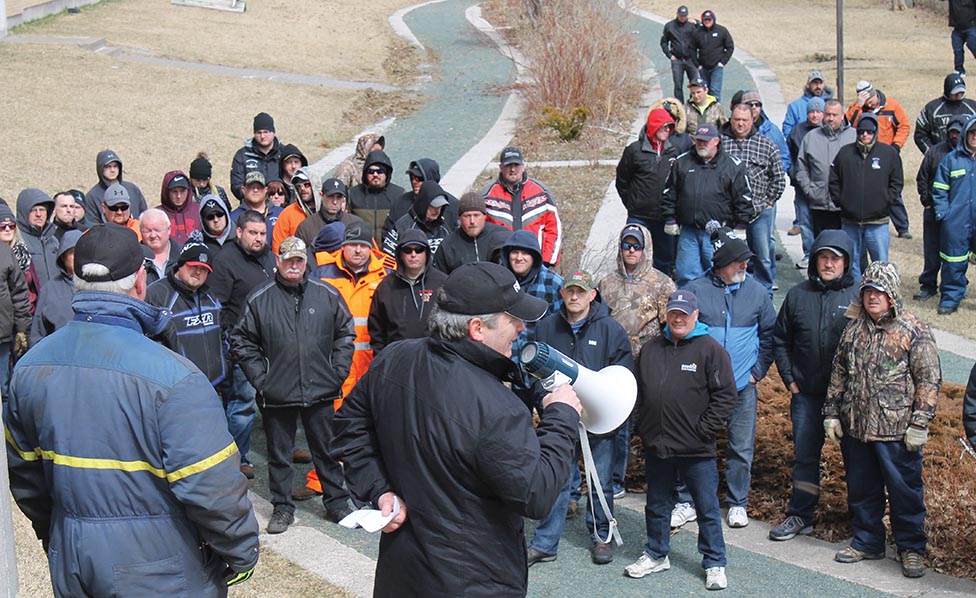 What other benefits are they reaping?

Some hard questions must be asked, on all sides.

How can bonafide fishermen decide their future when they may be outnumbered by artificial ones? Or ones who live away and work at something else, and take a trip every year or two or as a one-off?

In its decision, instead of taking responsibility for its ineptitude, the Labour Relations Board blamed FISH-NL for the 21 months it took to decide on the application, because we didn’t explain how we came to the conclusion there were 4,500 harvesters in the province.

That is another falsehood. The Board investigator was informed we didn’t have a sweet clue how many bonafide harvesters there were given a definition didn’t exist. It was a pure guess, for the reasons noted.

The Board also said FISH-NL failed to identify “who FISH-NL believes the members of the proposed bargaining unit are.”

The simple truth is FISH-NL didn’t have an estimate as to the true number of bonafide harvesters. The Board had ordered the FFAW’s list not to be released for confidentiality reasons and ultimately accepted its validity without reservation.

FISH-NL’s best guess was just over 6,300 — the number of harvesters who were in receipt of fishing EI in February 2015 (less offshore trawlermen). In 2013, DFO pinned the number of licence holders in the province at 4,095.

Some 10 months after FISH-NL submitted its application, the Board released a list of 6,300 names (no addresses nor contact information) and asked us to verify the people were inshore harvesters. (The Board had actually gotten the list from DFO months earlier, but never explained the delay in releasing it.)

Officials at the Labour Relations Board sat on their hands for months and then blamed FISH-NL for not doing their job.

The question isn’t why FISH-NL “vastly underestimated” the number of harvesters, as the Board noted in its report, but why the Labour Relations Board went along with the FFAW-Unifor’s “vastly overestimated” number?

The end result is a sign of labour hopelessness on boats and wharfs throughout the land. Thousands of bonafide harvesters have lost all faith in a system that protects the rights of union executives over ordinary workers.

FISH-NL’s application was dismissed by the Board because we didn’t have the support of at least 40 per cent of the 10,000 harvesters that exist only in the FFAW’s warped universe.

Of even greater concern is that both the federal and provincial governments, along with the broader Canadian labour movement and the province’s media have failed to investigate harvesters’ concerns.

It is clear that unions are just as susceptible to corruption as political parties, but there’s no police to call in when a union loses its way.

The FFAW has mutated into a sea monster with tentacles in every aspect of the fishery.

From being paid by Ottawa and the oil industry that it’s supposed to hold to account, to controlling its own fish quotas and charging harvesters to catch them, to taking back-door management control of various fisheries such as Northern cod and unilaterally changing its constitution to protect job-for-life leaders, the FFAW has infiltrated sacred territory and displaced the very members it’s supposed to protect.

With government’s blessing, the union monster is destroying the inshore fishery and rural economy with it, and all hands are guilty of pretending the “lie” is real.

FISH-NL intends to write Premier Dwight Ball and Progressive Conservative Leader Ches Crosbie to request a meeting to discuss the concerns of harvesters and the future of the inshore fishery.