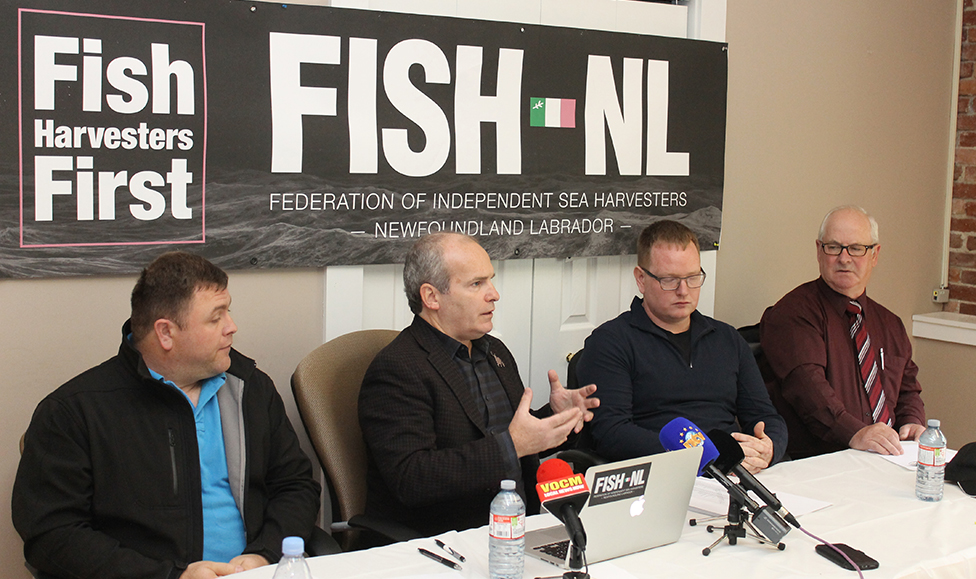 The Federation of Independent Sea Harvesters of Newfoundland and Labrador (FISH-NL) is pleased with the Labour Relations Board’s release of what officials describe as an “accurate and reliable” list of the province’s inshore harvesters.

“It’s been almost 10 months since FISH-NL submitted our application for certification so a list of inshore harvesters from the board is a huge and welcome step forward,” says Ryan Cleary, President of FISH-NL.

Obtained from various “sources,” the labour board’s list includes the names of 6,371 inshore harvesters — almost 4,000 fewer than the 10,200 active, dues-paying members that the FFAW-Unifor has claimed to represent.

Submitted to the Labour Relations Board on Dec. 30th, 2016, FISH-NL’s application for certification included membership cards signed by 2,372 inshore harvesters, collected over a two-month certification drive from more than 300 communities around Newfoundland and Labrador.

Based on the labour board’s number of harvesters, FISH-NL’s support is close to the 40 per cent mark required to trigger a vote for harvesters to decide which union will represent them.

“While FISH-NL has only had a cursory look at the board’s list, we know that some fishermen are included who have passed away, others no longer fish, and still more work full-time in other industries,” said Cleary.

The definition of inshore harvester must also be decided on. The Association of Seafood Producers, which represents fish processing companies, has expressed concern over whether people who are assigned a share of the catch proceeds (which would entitle them to Employment Insurance benefits) — while not actually setting foot on a fishing boat — should be defined as an a harvester for purposes of the vote.

The list released by the Labour Relations Board includes names only — with no communities or addresses. FISH-NL must now begin the pain-staking process of verifying the list and comparing it with its own membership.

However, the FFAW says the list is not accurate.

“A list recently provided by the Board to both FFAW and FISH-NL is not a complete list of fish harvesters, nor was it portrayed as such by the Board. In fact, in our review of the list we have found that several thousand active, commercial fish harvesters are not listed,” the union announced in a press release.

The FFAW-Unifor said it remains confident in the accuracy of its fish harvesting membership numbers. The union is following the Labour Relations Board process to verify our membership, and absolutely no decisions have been made by the Board at this point in the process.

“This is simply another desperate attempt by Ryan Cleary and FISH-NL to exaggerate and spin a step in the Board’s process in an effort to legitimize FISH-NL’s fledgling campaign to obtain a membership vote without having met the requirements set by legislation. Unlike FISH-NL, FFAW has respect for the Labour Relations Board and its processes. Cleary’s sideshows do a disservice to the industry and only distract from the serious work to be done for our members,” explained FFAW-Unifor President Keith Sullivan.

No Replies to "FISH-NL Says Harvester Numbers from Labour Relations Board Are Accurate, While FFAW Reports Thousands Missing"