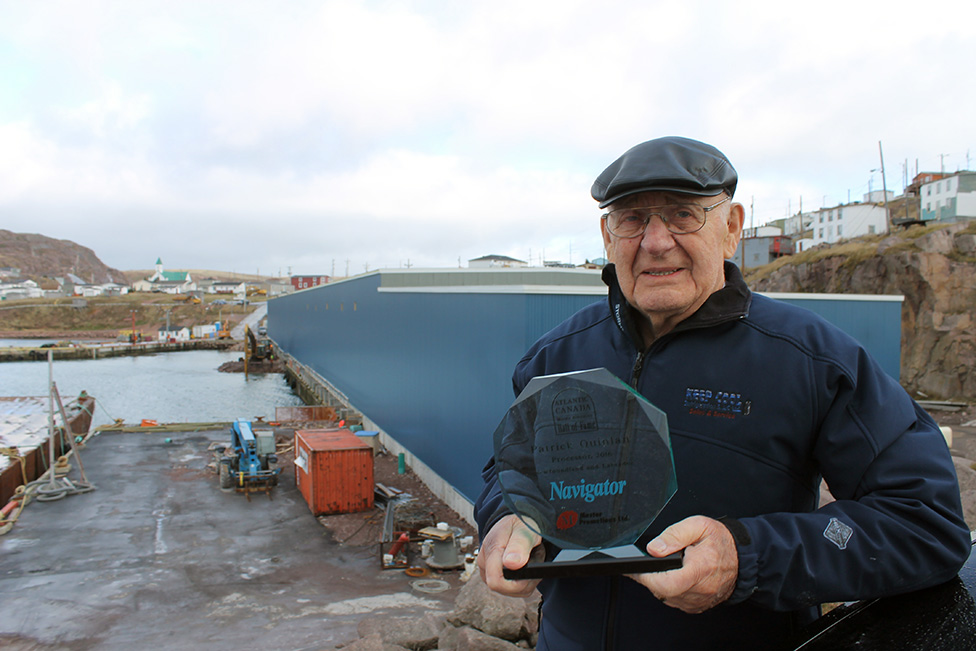 Pat Quinlan, the co-founder of Quinlan Brothers, has passed away.

Quinlan was born in Red Head Cove on November, 1929 – the youngest of seven children in the family of Patrick and Alice Quinlan. Throughout Pat’s life, he received many accolades and awards within the local community. However, it was as owner, manager, president and CEO of Quinlan Brothers Limited that Pat left his mark on the fishing industry of Newfoundland and Labrador.

Living next to the prolific fishing grounds of the North Atlantic, he and his brother, Maurice, decided to stake their claim at Bay de Verde. In 1954, they bought J F O’Neil Ltd. – an enterprise consisting of a general store and the buying and selling of dried and salt bulk cod. Here Quinlan Brothers Limited began its 62 years in the seafood business.

The business grew from there, expanding into fresh and frozen fish production and then to marketing their products under the “Q” brand that is so well recognized today. Quinlan was the first to introduce and assist the local fishermen to move into larger long-liners when he brought the first such vessel to Bay de Verde in 1964.

Many more followed and the product range expanded to include all the species harvested by inshore fishers. During the late 1960s and early 70s, the cod resource declined sharply and Quinlan Brothers then entered the snow crab business.

The learning curve was steep and before long he and Maurice had persevered to build a crab plant and market a crab product that was second to none. Following the collapse of the groundfish industry in the early 1990s, Quinlan’s became the first to venture into the shrimp business on the northeast coast of the island by acquiring a plant from Denmark and establishing it at home.

Quinlan Brothers Limited was buying and processing shrimp just as the resource was made available to the inshore fishery in 1997.

2 Replies to "Fish Processing Icon Pat Quinlan Has Passed Away"