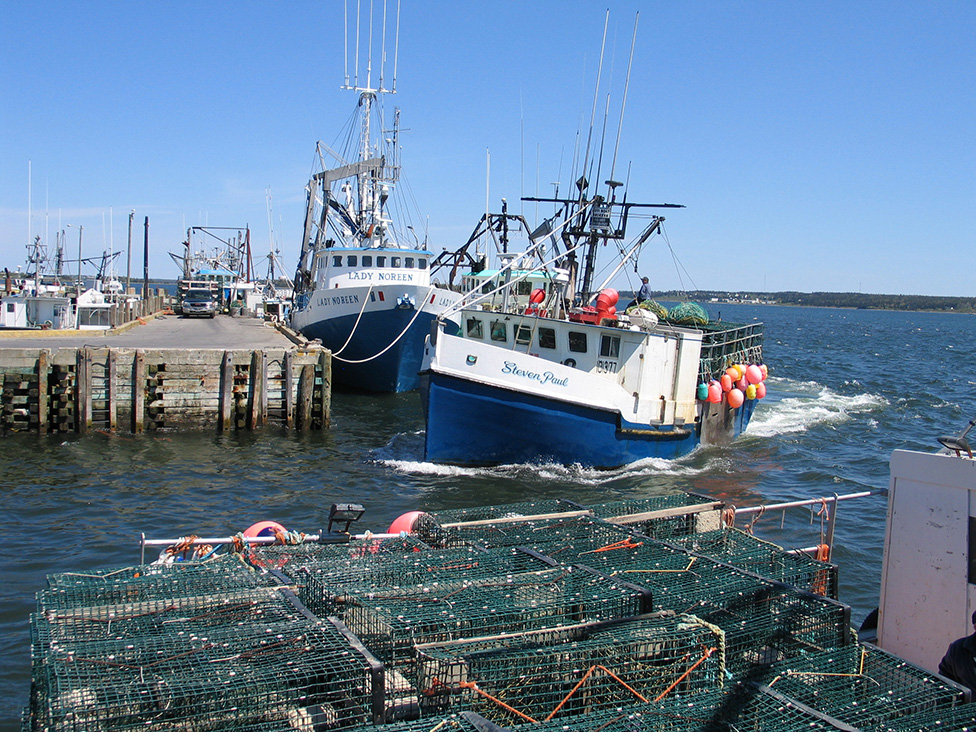 Fishermen Must Form United Front if Industry is to Survive

Tidal turbines in migratory and spawning areas, a proposed ban of lobster imports from North America by Europe, oil and gas sites which could wipe out lobster/groundfish/scallop grounds, and mega-wind farms in the most productive lobster fishing grounds on the planet are all problems which must be met head on.

The only way for success — as the NORIGS group showed in preventing fossil fuel drilling on the Canadian side of Georges Bank — is for the fishing industry to act as one voice.

This is not the case at the present time, as lobstermen in LFA 34, for example, aren’t all on the same page, although with the creation of the Coldwater Lobster Association, a step in the right direction has been taken.

To fight mega-companies and governments takes money and this can only be achieved through the combined resources of all those involved in the industry.

Harvesters in south west Nova Scotia depend way too much on others i.e. governments, organized groups like the Nova Scotia Fish Packers Association, to do their fighting for them in terms of instances where money is involved.

Without input, the results are not always to the harvesters’ liking.

The Bay of Fundy Inshore Fishermen’s Association represents harvesters from Digby north to the Minas Basin. They’re about 175 strong. As an indication of just how bad things are in terms of organizations, this is the largest group of harvesters from Digby to Halifax. Lobster fishing areas 33-34, for example, has almost 1,700 license holders.

And the Bay of Fundy group members are in a fight for their lives.

At issue is the deployment of huge tidal turbines at the mouth of Minas Basis. If successful, this could lead to thousands of these turbines distributed throughout the Bay of Fundy.

Colin Sproul heads the association and he gave delegates attending the first South West Nova Scotia Lobster Forum an overview of the situation when it met in Yarmouth on Sept. 21.

The harvesters are facing an uphill battle as the provincial government appears to be on the side of the tidal power industry on this one.

It’s come to the point that the association has no other option but to seek a court order to suspend the Cape Sharp Tidal project until a judge can review the case next year.

This fight costs money and so far it is coming out of the pockets of the 175 members. Court action and the ability to counter proposals made by the industry by hiring lobbyists to work on their behalf are not cheap.

Which is why Sproul made a plea for harvesters to join the fight.

He said more than a billion dollars was extracted from the Bay of Fundy last year and local businesses employ 1,000 Nova Scotians directly and many other in associated industries.

In his presentation, Sproul said the Minas Passage is a critical habitat and migration route for multiple species at risk and is the most important nursery for lobster larvae and many commercially valuable fish in Atlantic Canada.

Sproul listed the following concerns about the turbines:

Without defined mortality limits, how will regulators decide if effects to the environment are too great to continue testing, he asked.

The association is asking the federal minister of fisheries that the Fishery Protection Program establish defined mortality limits for tidal energy testing.

The Federal Fishery Minister has refused to meet with the group citing legal concerns.

Sproul further charged that the provincial and federal governments have no appreciation for the fishery’s economic benefit or data on its true value.

“No one is speaking for us within government. Our access to the fishery and its sustainability are under attack on multiple fronts by large corporate interests. These companies are actively lobbying governments for their benefit. We must do the same to represent our interests,” he added.

It’s been six and a half years since British Petroleum’s Deep Water Horizon drilling rig exploded and sank in the Gulf of Mexico, taking 11 lives and spewing over 750,000 barrels of crude oil into the ocean and repercussions remain to this day.

“Tuna fishermen are not seeing young yellowfin tuna. These spawn in the Gulf of Mexico and it is feared the Deep Water Horizon disaster got rid of an entire year class. The same could be true of swordfish,” John Davis told delegates to the first Nova Lobster Forum held in Yarmouth on Sept. 21.

He heads the Clean Ocean Action Committee formed last year to provide a unified voice for the inshore fishing industry to have concerns heard by federal and provincial governments and oversee the development of the oil and gas resource on the Scotian Shelf.

The aim of the group at this time is removing two lease sites from the auction block because they pose a direct threat to the future of the lobster and groundfish industries based in south western Nova Scotia, which are year-round fisheries providing thousands of permanent jobs in coastal communities.

These are Sites 3 and 4; the former located adjacent to the western side of Browns Bank and the latter west of Baccaro Bank on the Western Scotian Shelf.

Prevailing currents and winds during winter storms would carry oil from a spill directly above key spawning grounds for lobster, haddock and scallop nursery areas. It could also impact German Bank which is a herring hot-spot during the summer fishery.

The two sites also share a common border with the closed area of Georges Bank.

The two sites are not currently listed for auction this year, but the group is asking for permanent removal of these sites from all future Canada Nova Scotia Offshore Petroleum Board auction activity.

Davis said Shell Oil is being allowed to drill on the Scotian Shelf without any capability to clean up and remove large offshore oil spill from the ocean. No capping stack is available and the nearest one is in Norway which would take a few weeks to reach the spill site, longer depending on the weather.

“The use of chemical dispersants is both dangerous and dysfunctional and would actually make the problem worse. The economic lifeblood of our impacted coastal communities, our lobster, scallop and groundfish industry, is not receiving the consideration it requires and deserves as oil and gas reserves are being developed on the Scotian Shelf. You are getting pushed right off your own fishing, spawning and nursery grounds,” he charged.

He urged each fisherman to join groups to protect their livelihood.

Davis felt by working together — both harvester and processor — the issue can be met head-on as NORIGS proved in reversing a decision to drill for fossil fuels on the Canadian side of Georges Bank a decade or so ago.

“To be successful you need to join a fishermen’s organization and pay dues. It is a privilege to own a lobster licence and our communities don’t count on you to catch fish, they count on you to understand what’s going on and to protect the resource on which everyone depends on,” he said.

New Fishermen’s Labour Group Continues to Hammer Away at FFAW