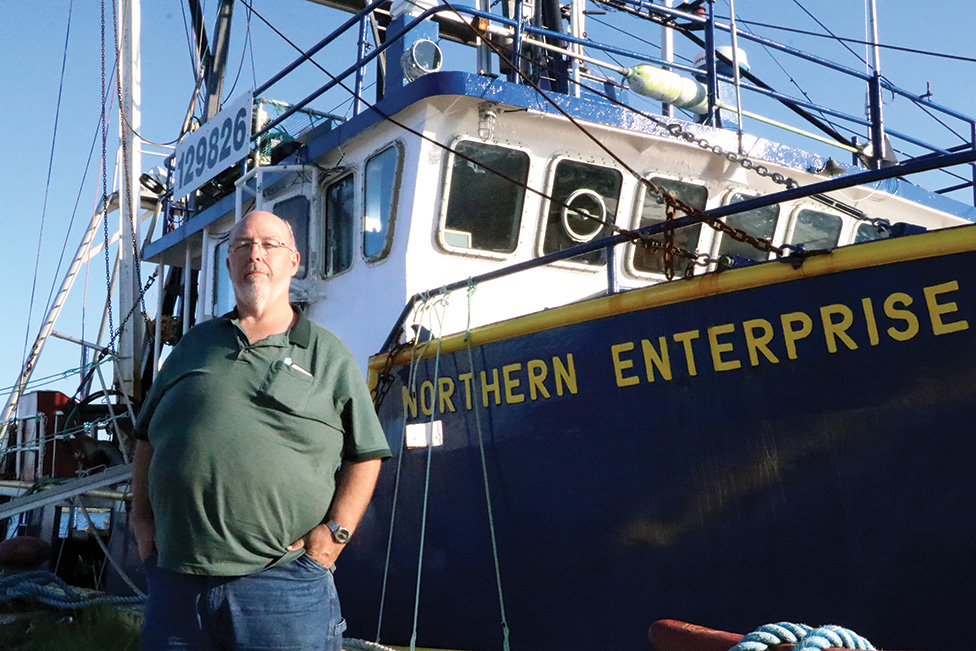 It’s an old story in Newfoundland and Labrador that fishermen and scientists do not often see eye-to-eye on what’s happening out on the water.

As sure as a cold northerly wind sweeps along the coast in the fall, a wave of disputes over the actual state of fishing stocks will follow in the wake.

The province’s snow crab fishery was dealt a drastic blow this year with huge quota cuts after Department of Fisheries and Oceans (DFO) scientists found the stock was in decline with a poor indication of recruitment of young crab to come into the fishery in coming years.

The total allowable catch (TAC) was reduced by 22 per cent to about 35,419 tonnes and further cuts are anticipated next year.

Port de Grave fisherman Wayne Russell is one of those disputing the snow crab science.

This spring and summer he conducted an informal survey of crab stocks off the east coast by incorporating some pots with small mesh size into his fleets of regular mesh-size pots.

Russell is into his 40th year fishing and knows a thing or two about the fishing grounds. He recorded what he found during the crab fishery this season and was encouraged by the results.

“In meetings with science this year they said everything is in decline and if you don’t take a 50 per cent cut this year you are not going to take one crab over the rail next year. We knew that was wrong,” Russell said during an interview aboard his boat. 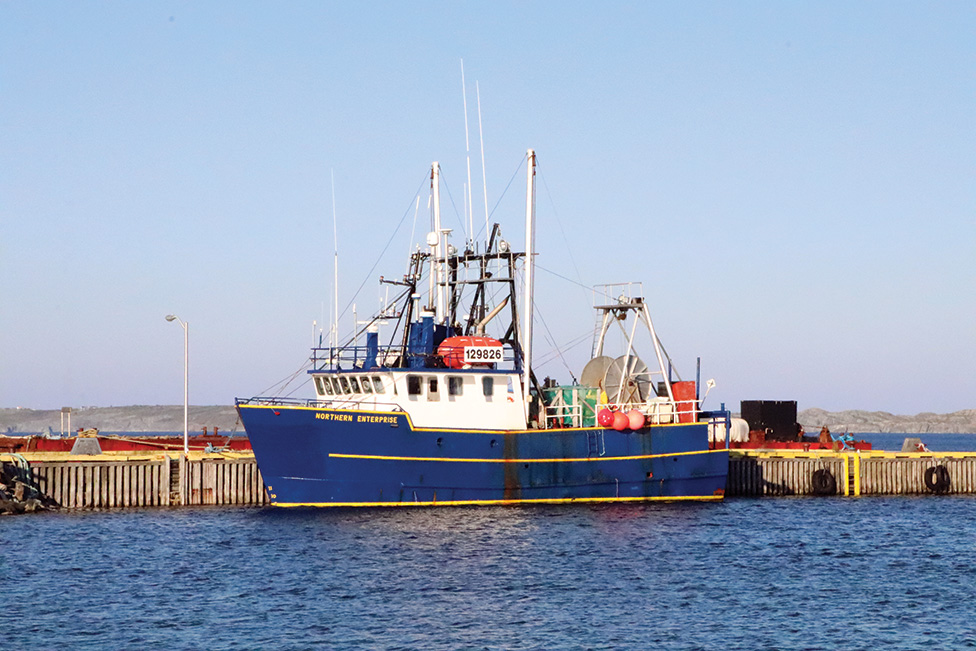 Port de Grave fisherman Wayne Russell stands in front of his fishing vessel, Northern Enterprise, which was docked in Bay Roberts. Russell incorporated small mesh crab pots into his fleet this year to do his own scientific survey of the state of the stocks. Photos submitted by Glen Whiffen.

“I also sit on the inshore council (of the Fish, Food and Allied Workers’ Union-Unifor) and it was put to the floor that maybe we should do some more work on crab surveys because the scientists base their crab survey on what they call the trawl survey, and the pot survey in the fall of the year. We’ve always had questions about the trawl survey and the problem with the pot survey is they’ve been using the same grid blocks for 15 or 20 years and we are fishing outside of those blocks,” he explained.

“We said maybe the fishermen should be allowed to carry some small-mesh pots to do surveys. And the union and the fishermen around the table voted for it unanimously. When we met with the scientists, however, they said they didn’t see any benefit to it, that they had sufficient protocol in place.”

Russell said fishermen went ahead with their own survey anyway. On his boat, he had five pots with small-mesh mixed in amongst his gear.

“What we found was amazing. It went to show that we were right,” Russell said. “The crab are not in decline in the areas we fish, and the recruitment is there.”

“That’s a massive amount of females and for all of those females to be full of roe, it goes to show there is recruitment there,” he said.

Russell, pointing to a document in the wheel house of his boat, pointed to several other examples of his findings.

“This one here we had an observer on board. I told him we are doing a little project on our own to prove science wrong. I said we have three or four pots out and would you be interested in keeping track of what’s in them? He said ‘nope, not interested. That’s your project not ours’.” Russell said.

“While he was out, we had a pot outside 200 in division 3L with 113 females, and about 100 pounds of small. Then we came in with another one with 41 females and 70 pounds of small. We have 90 pots in a fleet. So, if you got your 90 pots in a fleet and that fleet runs 1.4-miles over the fishing ground and one pot in the middle (with small mesh) has an average of 80 females. Times that by 90 pots and that would be 7,200 females on just a narrow band. The most you are getting your female crab from is 30 to 40 feet either side of the pot. So, the body of crab is there, but science is not picking it up.” 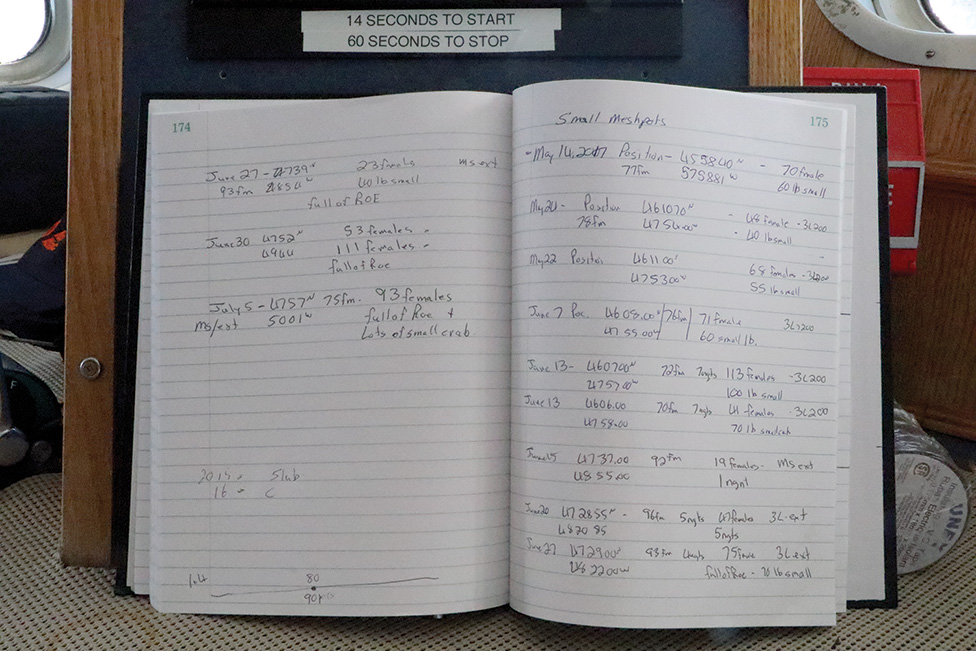 A book in the wheelhouse of the Northern Enterprise records the results of small-mesh crab pots fisherman Wayne Russell incorporated into his fishing gear this year to conduct his own survey of the health of the snow crab stocks.

Russell suggests DFO based its reason to cut this year’s TAC on the results of its scientific surveys in 2015 and 2016. But, he claimed, they did not take into consideration ice conditions and the weather tearing up pots or tipping them over so they couldn’t fish, the impact of seismic surveys in certain areas and the fact there was a lot of “slub” in the water that impacted the fishing gear.

“The big problem we had in 2015 and 2016 there was a major body of plankton over the Northwest Atlantic,” Russell said. “I happened to see it on the Internet and it covered the full Atlantic. And when we come to realize it, this plankton is what we call slub. When the slub gets on the pots, crab won’t crawl over it. In 2015 and 2016, when the water was dirty and they went out and did those trawl surveys with the slub in the water, the trawls weren’t working right. So, they weren’t getting accurate catch rates.”

Russell said he believes scientists based their decisions mainly on the fact catch rates were down and the catch per pot effort was up in the last two years. But, he said, they didn’t take into consideration why that was the case.

Russell said the answers are written in the logbooks of many fishermen in the comments section.

“The last trip we went out we only needed 15,000 pounds of crab. We had out more gear than we needed. We had out six fleets of gear in that area and we hauled 540 pots. So out of that 540 pots, that’s what we hauled in total, but we reached the quota of crab out of 300 pots. The other 240 pots, we had to pull the strings and let the crab go. We had to release the crab because our quota was reached,” Russell explained.

Russell said that DFO, in addition to its own surveys, need to put funding into doing more research on actual fishing boats. He said many fishermen would agree to have an observer on board their vessels to record the information taken in by scientific gear incorporated into their fleets of pots.

He said that would give scientists data from across all the fishing areas instead of just spot checking in certain grid areas.

“You come aboard my boat while my crab fishery is on the go,” he said. “I’m fishing in all those areas. If you have an observer aboard your boat and there’s four or five on other boats, you get to see a wide area and get to see what’s out across the grounds, and an accurate figure of what’s on the go.”

Like many fishermen these days, Russell says the easy part of being involved in the industry is when he is out on the water actually fishing. That’s where the stress, he said, is absent.

When the fishing season is over and the various meetings start about the state of the stocks and the industry, that’s when the frustration sets in.

“You get tired of it and you want to get clear of it, having to listen to all this crap of what other people want to do, whether it is the science or the oil industry,” Russell said. “They don’t believe fishermen. But we are the ones with the most to lose from this and we don’t want to jeopardize our fishery.”

No Replies to "Fishermen Pot Their Own Snow Crab Science"