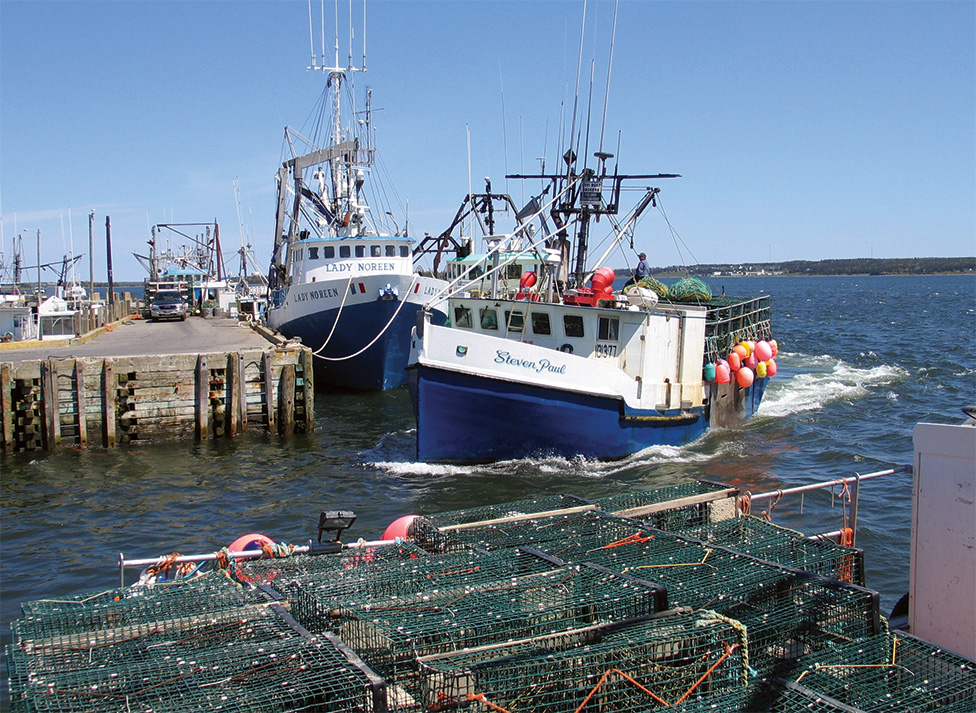 Contrary to popular opinion, the commercial fishery in southwestern Nova Scotia is far from comatose and is indeed alive and kicking.

You don’t have to look too far to prove this point.

Some boat builders are booked up for the next four years as fishermen — especially lobstermen — are opting for the big 50-footers so they can extend their fishing grounds and time.

A lobster buyer in Meteghan River, who employed some 70 or so workers four year ago, now has 300 on the payroll and processes over 10-million pounds of lobsters each year.

Herring are large and plentiful this year and while cod stocks remain more or less on a protected level, haddock is filling the bill as record-year classes on Georges Bank are coming into fruition — which is why most restaurants in the province feature fresh haddock on a daily basis.

The scallop fishery is quite stable with strict quotas for the inshore and offshore. This guarantees a fair price to the harvester, but an expensive one at $15/pound for the consumer. 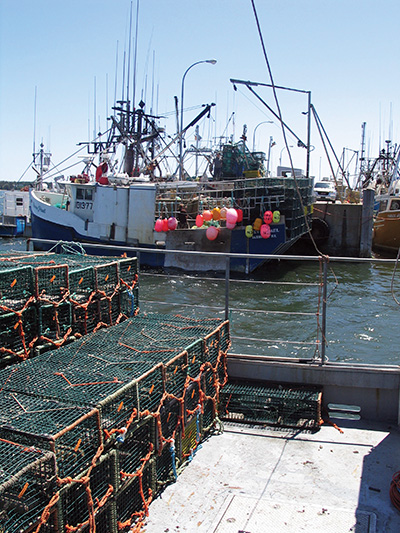 The halibut, swordfish and bluefin fisheries are not as all-encompassing as the lobster fishery but are an important part of the mix of licences many fishermen have around these parts.

With expanding markets both in Asia and Europe, cargo space for seafood products from this region has always been difficult to find as space is limited in aircrafts landing at the Halifax International Airport.

But times are changing.

Seventeen carriers use the Halifax airport with three main freight flights per week.

But more cargo capacity is needed.

Will Yarmouth step into the fray?

The town has an airport and is in the centre of the country’s most prolific lobster fishery. By this fall, Midland Transport, part of the Irving empire, will build a transportation logistics facility at the airport.

“We are confident that this investment will help support export capabilities, including fish and other seafood, in southwest Nova Scotia,” Robert K. Irving, Midland President, said in making the announcement.

Irene d’Entremont, chair, Yarmouth International Airport, says the aim is to transform the Yarmouth airport into a regional economic and logistics hub.

The buzz around town is that one of the runways will be extended, although this same runway handled an Iberian Airline 747 jumbo jet when it was forced to land due to a bomb threat some 50 years ago.

According to provincial Fisheries Minister Keith Crowell, sales of seafood have almost doubled in the past three years, increasing from $860-million to $1.68 billion.

The Asian market is growing at 300-400 per cent per year, but the United States remains the main market for fresh seafood product.

The decision by the U.K. to leave the European Community has thrown a wrench into the Comprehensive European Trade Agreement which was very near the completion stage when Britain decided to roil the waters.

How Brexit will impact on this deal is unknown, but everything seems to be on hold.

The deal would have removed punishing tariffs on Canadian fish exports and further widen the marketplace for seafood products.

There remain a few glitches in the commercial fishery.

One of these is the inability of inshore harvesters in southwestern Nova Scotia to speak with one voice. This is preventing a huge marketing effort from going full steam because it is to be funded partially by the harvesters and companies themselves via the penny-per-pound levy.

While this has been accepted in P.E.I., New Brunswick and parts of Nova Scotia, this is not the case from Digby to Shelburne.

Another issue of late has been the deployment of tidal turbines at the mouth of Minas Basin which fishermen say will impact the fish and therefore their livelihood.

Two experimental turbines are due to be deployed at the narrowest part of the Bay of Fundy-Minas Basis juncture. Fishermen say more study needs to be done as to what impact the turbines will have on fish swimming into the Minas Basin and on or near these turbines.

Striped bass and gaspereau are two species which enter the basin and provide both for the recreational and commercial side of the fisheries.

The Bay of Fundy Inshore Fishermen’s Association is asking the Nova Scotia Supreme Court to overturn a decision the provincial minister of the environment made approving a monitoring program for tidal turbines in the Minas Passage.