Fishing Fatalities Continue to be Major Concern For TSB

The high number of accidents involving loss of life on fishing vessels remains one of the key priorities for the Transportation Safety Board of Canada (TSB).

Commercial fishing industry fatalities was one of eight significant safety issues identified by the TSB in its 2014 Watchlist — released in late November of last year.

According to the TSB Watchlist, an average of 134 fishing vessel accidents per year were reported between 2009 and 2013 in Canada, which together comprised 40 per cent of all marine accidents — with the average number of fatalities remaining at about one per month.

In 2012, the TSB released a report on its Safety Issues Investigation into Fishing Safety in Canada. Since then, with nation-wide recognition that the loss of life on fishing vessels is still unacceptable, federal and many provincial regulatory authorities, as well as fishing safety associations have begun to increase safety initiatives. But more still needs to be done, according to the recent Watchlist.

“Fish harvesting carries risks and the reality is that a wide range of safety deficiencies persists. In particular, fatalities in occurrences such as those involving Cap Rouge II, Hope Bay, Ryan’s Commander, Melina and Keith II, Lannie & Sisters II, Big Sister, Craig and Justin, Silver Angel, and Marie J, show that vessel stability, crew training, unsafe operating practices, and carriage of immersion suits require greater attention. Every time the TSB investigates an occurrence, it issues findings as to causes and contributing factors. But many of these factors are bigger than any one event: they are systemic problems, which need systemic solutions. Concerns also remain about issues such as vessel modifications and their impact on stability; the use and availability of lifesaving equipment; regulatory oversight; and the impact of fishery resource management plans and practices on the overall safety of fishing vessels,” the report went on to say. 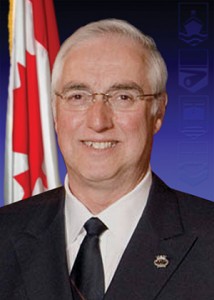 TSB board member John Clarkson told The Navigator the fishing industry has made positive changes over the last few years.

“It is becoming more progressive all the time in corrective action — both in training and understanding of the culture. This is where the various aspects can be brought together to help fishermen, especially with the knowledge of their own vessels and also with the regulatory oversight.”

However, Clarkson cautioned that there are still several safety changes that need to take place to reduce the number of fishing-related accidents, particularly involving the dynamics between DFO and harvesters.

“DFO is the regulator with the fishing industry, with the openings. They (the opening dates) have changed over the years and when you reduce the opening amounts, the risk taking does obviously increase a little bit and understandably so because the fishermen want to get out there and get their catch. That is an aspect that has played on both coasts over the years.”

Despite improvements to safety in the commercial fishing industry, Clarkson said it is troubling there is still, on average, one death a month. “This has not changed over the years. Ideally what we would like to do is see that come down.”

The difficulty in reducing the number of fatalities is related to a number of systemic issues involving the fishery, he noted.

“Various things like vessel stability, life saving appliances that are available to fishing vessels, fatigue, safe working practices in general, the regulators, both the provincial under the occupation, safety and health and federal under Transport (Canada). And also one that I am keen on is training,” Clarkson explained.

One aspect the TSB focused on in its watchlist was safety management systems, he added. “The easiest way to describe that from the fishing vessel context is we would like to see more of a quality assurance or an understanding of the risks recorded and have some sort of cultural oversight in how to handle those risks within the industry.”

The TSB is an independent agency, created by an Act of Parliament (the Canadian Transportation Accident Investigation and Safety Board Act) that came into force on March 29, 1990. The TSB consists of up to five board members, including a chairperson, and has approximately 220 employees. The head office is located in Gatineau, Quebec, however, most investigation staff are located in various regional and field offices across Canada where they are better able to respond quickly to transportation occurrences anywhere in the country.

As part of its ongoing investigations, the TSB also reviews developments in transportation safety and identifies safety risks that it believes government and the transportation industry should address to reduce injury and loss.