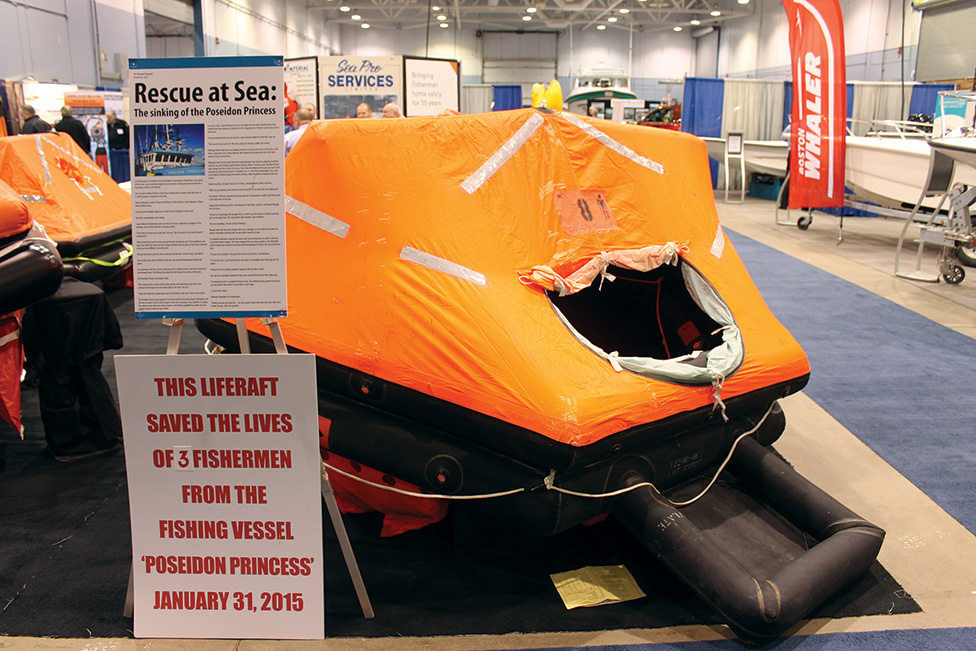 When Stewart Franck began working with the Fisheries Safety Association of Nova Scotia (FSANS), he said seeing a fisherman wearing a personal flotation device was a rare thing.

Now, five years after getting the conversation going about implementing safe fishing practices in the commercial fishing industry, it is the opposite.

“It’s at the point now that fishers that don’t wear the PFDs are in the minority,” said Franck, the executive director of FSANS.

When asked how the organization got its start, Franck said its main reason was the increasing workers compensation rates which were rising because of fishing-related injuries and deaths.

“The high costs were just one part it. There was a lot of human suffering there, a lot of injuries, a lot of fatalities.”

The result was the creation of the FSANS by industry for industry and Franck said with a shift in the culture and attitude of fishing, things are changing. 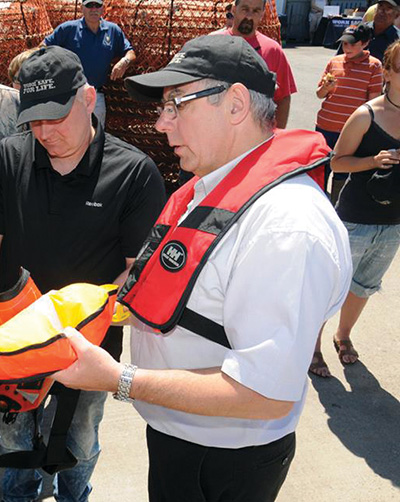 He said a big part of the shift was a report issued by the Transportation Safety Board in 2012. The Safety Issues Investigation into Fishing Safety in Canada looked at deaths and accidents in the commercial fishing industry and broke it into 10 categories of safety issues and goals.

“It wasn’t just one specific event, but it was all the events that they reviewed over quite a period of time.”

The list included lifesaving appliances, training, regulatory approach to safety, fatigue and safety information and what needed to be done to make the commercial fishing industry safer.

Franck said this 10-item list is what the FSANS follows in everything it does.

“I think the Transportation Safety Board’s findings and recommendations are very important because they are based upon what we can do or what can industry do to prevent reoccurrence,” said Franck.

“We’re all about trying to improve safety in the fishing industry — that’s our mandate — and so the information that we receive as a result of the investigations is extremely important.”

The TSB sends its recommendations to Transport Canada to implement. And when the recommendations don’t get implemented in a timely manner, TSB reminds them in a polite way that they are still outstanding.

“They kind of hold people’s feet to the fire, including our own safety association.”

Franck said the FSANS is asked from time to time about how they are addressing safety issues.

“Questions like what are you doing about fatigue in the workplace or what have been doing about education? They want to know what are doing to help.”

Franck says that list of 10 recommendations has become the FSANS unofficial action plan to look at these things.

“Their information is really important.”

Nova Scotia is only months into implementing a five year action plan for fishing safety. Franck said one of the pillars in that plan is lessons learned.

“So, looking at what events have happened in the past and how can we learn from that.”

Franck says the TSB is very interested in what FSANS is doing and has expressed interest in being involved in a working group with them.

“It is not driven by government, it is driven by industry itself.”

Franck says this is an important point because if it is industry driven, then it will mean more to them.

The FSANS knows this from its early beginnings. Franck said it took them a few years to get things going and off the ground.

But with a shift in the culture and attitude of fishing, things are changing.

“I congratulate all the workers in the fishing industry because they are the ones doing it. We are just cheerleaders on the side.”

Franck said he has watched fishermen become positive influences on their peers to promote safety.

As a result of this new shift in thinking, Franck said employers will see a fall in the workers compensation rates in the next year.

Asked what FSANS has done to help with this change and Franck said it was simple.

“The conversation is the biggest change; the conversation at the wharf, pier to pier. Anecdotal evidence and observations suggests that more people are paying attention to safety.”

Franck said it’s the easiest changes that are having the best results. Captains assuring their crew are wearing personal flotation devices when they are on the deck of a fishing vessel.

“I’ve seen people as soon as they got out of their vehicle, they put their PFD on before they go to the boat.”

“It is the law and had been the law for a long time but it really hasn’t been observed a lot.”

But Franck said with education through social media, social marketing and TV ads of the importance of coming home, the wearing of a PFD is becoming more common than rare.

He adds it’s all about promoting choices and good decision making.

“People are getting it,” said Franck adding that a couple of companies were still charged under the Occupational Safety Act.

“Those are fear motivators and no one likes to use them but for some people they work.”

Franck admits they had a lot of pushback to the point of receiving death threats when they first talked about implementing safety in the fishing industry.

“Was there resistance? Yeah, but not by everybody. Most people understand and most people get it.”

Franck said most people, once they knew they had to wear a PFD realized they could get used to wearing it.

“We would tell them ‘give it a try, try it for a week’ and after that week I’ve had hard-nosed fishers call me up and say ‘guess what? The guy that was the most resistant that I finally convinced to try one called me from the grocery store and realized he still had his PFD on’,” said Franck.

The use of PFDs has reached the stage where captains will not let anyone onboard their boats unless they have a PFD on.

“It’s at the point now that fishers that don’t wear the PFDs are in the minority.”

Franck said he is hoping New Brunswick and Prince Edward Island will start to enforce the law of making commercial fishers wear PFDs when working.

He said all it takes is starting a conversation.

No Replies to "Fishing Industry Participants Working to Help Their Own"