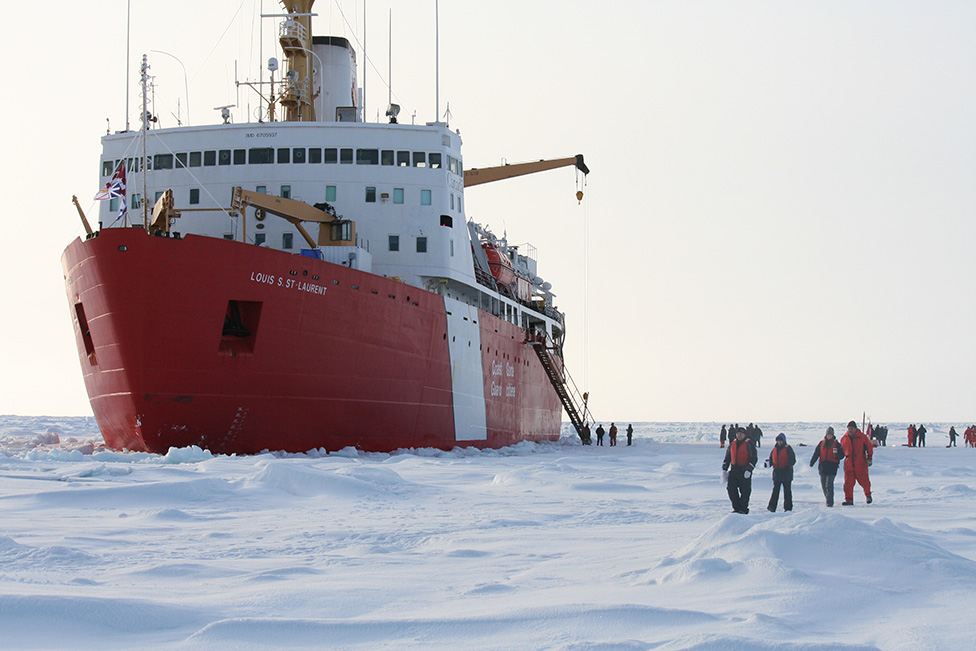 Anyone who works onboard a vessel knows that a lot goes into planning and preparing for a trip at sea.

From fuel and equipment to food and crew; there are a lot of details to be worked out. The length of the trip, size of the vessel, the number of crew, the kinds of work you will be doing, and the geographical location of the work can significantly affect the requirements for the trip.

So when the Canadian Coast Guard sends its icebreakers to the Canadian Arctic each year, it is a big undertaking.

These trips last several months, involve some of the Coast Guard’s largest vessels and take place in some of the most challenging ocean conditions on the planet.

Every year, starting in late June and ending in early November, the Canadian Coast Guard sends multiple icebreakers to the Arctic to perform a range of important tasks in support of economic and commercial development, scientific research and international collaboration. 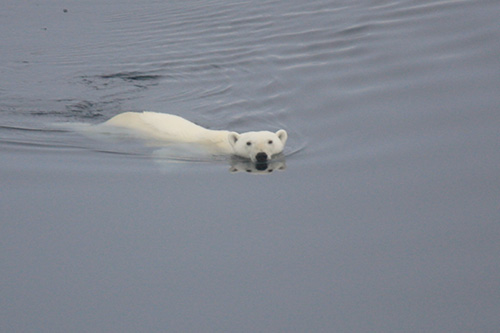 Polar bears are just one of the kinds of Arctic wildlife crews may see.

Enroute to the Canadian Arctic, at least one ship stops in Greenland to provide icebreaker support to ships re-supplying the U.S. Military Sealift Command at Thule.

Finally, in fulfilling their annual obligations in the Canadian Arctic, the ships also play an important role in demonstrating Canada’s sovereignty in the Arctic.

During these Arctic trips, Fisheries and Oceans Canada and other federal departments use the icebreakers as platforms for conducting science work including: stock assessments of marine mammals and fish; aquatic ecosystem assessments; hydrographic surveys for the production of navigational products and services and bathymetry (measurement of the depth of the water).
Some of this work is in support of Canada’s submission to the United Nations Commission on the Limits of the Continental Shelf. Most recently, in 2014 an unprecedented number of organizations from the public, private and non-profit sectors collaborated on a series of complementary research projects in the Canadian Arctic.

The CHS’s expertise in seabed mapping lead to a natural partnership that supported Parks Canada and other expedition partners, in their efforts to locate one of the lost Franklin Expedition ships at the bottom of the Northwest Passage. 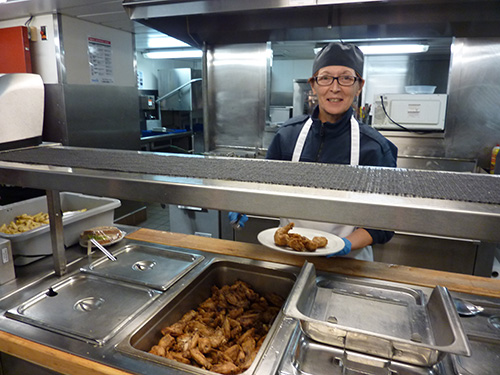 Delores Rumboldt, second cook aboard the CCGS Terry Fox serving up chicken wings for the crew during the 2014 Arctic trip.

To prepare an icebreaker for work in the Arctic is a lengthy and complicated process. The requirements for a trip of this length and scope are unique. For example, when a vessel like the CCGS Louis S. St-Laurent is ready to leave for its Arctic mission, there has to be enough fuel on board to last three months. That’s 3.5 million litres of fuel — equivalent to 87 tractor trailer loads and it can take up to two days to fill the vessel’s tanks when empty.

At some point during the trip, the vessel will fill up a second time — two million litres of fuel, depending on the operations — that is roughly 4.5 – 5.5 million litres over a five-month trip. For the second fill up, a fuel tanker meets the CCG vessel in sheltered waters to transfer fuel ship to ship.

The vessel must also have enough ‘fuel’ for the crew. They need to stock enough food and water for the 42-person crew and guests for the duration of the trip.

A vessel like the CCGS Louis S. St- Laurent might carry as much as 100,000 pounds of food, provisions, and other essential items. This could include as many as 110 cases of chicken wings, hundreds of pounds of potatoes and carrots, hundreds of litres of frozen milk, almost 20,000 eggs and a true Maritime staple — 60 big sticks of bologna. The two cooks on board do their best to provide tasty meals from their floating kitchen. The Coast Guard is in fact renowned for its exceptional cooks.

As for water, the ship carries 200 thousand litres of freshwater in its tanks. The vessel will also produce water on board by using a piece of machinery called a reverse osmosis unit. It can produce 20-25 thousand litres per day. The ships use an average of 10,000 litres a day.

Crews try to conserve their water supply and some measures, such as taps that turn off automatically, like those you will find on an airplane, are used.

In addition to conserving water, the vessels also make an effort to recycle wherever possible. At the end of a trip to the Arctic, five months’ worth of recycling is off-loaded and sent to appropriate recycling facilities.

Like many people who work at sea, the crew works on shifts that require them to be away from their families for extended periods. Crew changes happen every six weeks. To keep in touch with their families, employees can use the onboard Wi-Fi service for email — some ports in the high Arctic have cell service, but not all. Some crew will even bring old cell phones because the newer ones won’t work on the Arctic cell systems.

The crew works long shifts, but during their off hours they can use the treadmill to keep fit or watch movies and play video games in the common room (lounges). There are also many games of cards played. 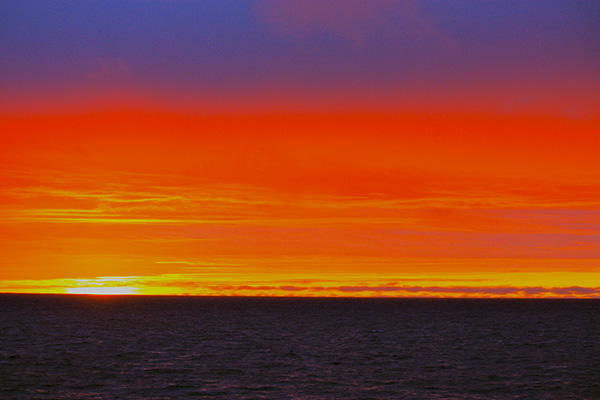 This spectacular sunset was the last one before the 24 hours of daylight began.

Along with the regular Coast Guard crew, the vessel may carry scientists and other experts who are supporting the Coast Guard’s diverse Arctic operations (the Louis S. St- Laurent can take a total of 98 personnel, so roughly 56 supernumerary personnel).

Sometimes journalists and special guests may come aboard for a portion of the trip. Depending on how far the vessel is from communities with medical services, the CCG’s Arctic vessels will have a doctor or a nurse on board for parts of these trips.

For most people, a trip to the Arctic will be a once in a lifetime experience, but for many Canadian Coast Guard crew members, it’s just another day at the office. But even people who have been to the Arctic many times don’t take for granted the striking beauty of this part of the world. From the interesting wildlife and the 24 hours of continuous sunlight, it is a photographer’s dream.
These trips also offer an opportunity to visit some very remote aboriginal communities to learn about remarkable cultures and the unique challenges of living in the Arctic.

Canada’s far north is a fundamental part of Canada — our heritage, our future, our identity. The North is undergoing rapid changes and domestic and international interest in the Arctic region is rising. The Canadian Coast Guard takes pride in its long history of providing services to the North through icebreaking and northern resupply, protecting and securing Canada’s sovereignty, and keeping Arctic waterways open, safe and clean.

If a trip to the Arctic with the Canadian Coast Guard sounds like a career adventure you’d be interested in taking, visit our Career Web Page at www.ccg-gcc.gc.ca/eng/CCG/Careers

We’d Have Been Better Off Staying Home - Part IV