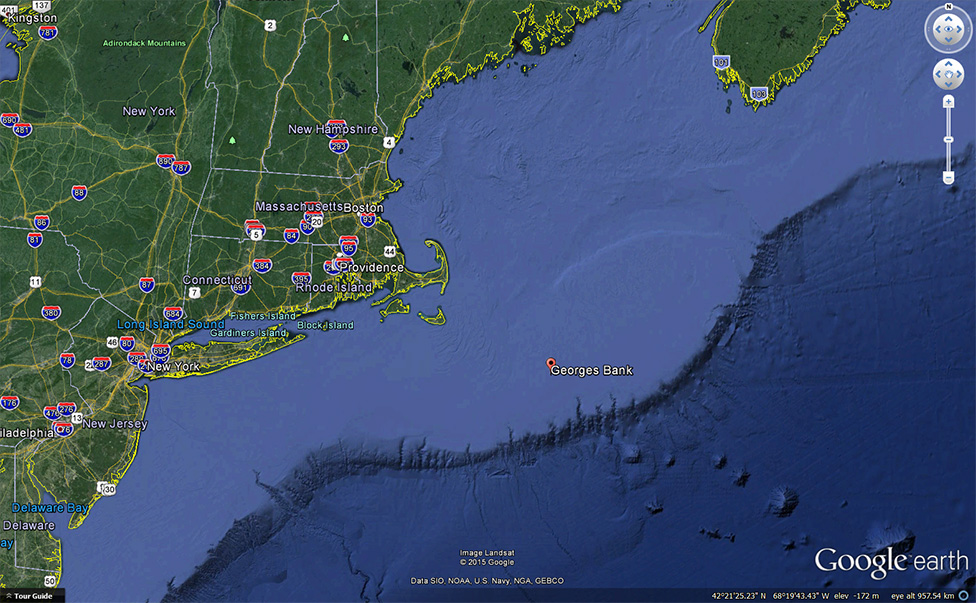 A huge sigh of relief could recently be heard for those concerned about the health and welfare of Georges Bank.

Finally, after years of posturing, Ottawa passed Bill C-64 which extends the moratorium on drilling for fossil fuels on the rich and diversified fishing bank up to 2022. Nova Scotia will follow this fall by introducing legislation to this effect.

The fight for this extension was long and hard and led by NORIGS 3 chair Denny Morrow, who spent many frustrating months on the issue during the past three or four years.

The decision was a relief, considering that oil and gas is the heart and soul of the Harper administration economic platform and that whatever the industry wants, the industry usually gets. Pipelines to both coasts from the Alberta tar sands is a main plank of Harper’s re-election strategy, even though the end-product would end up in Asia or Europe, with the benefits accruing through taxes on increased sales.

The consumer along the lines probably wouldn’t see any difference in his or her power bills.

With big oil sniffing on the continental slope off south eastern Nova Scotia and prepared to sink wells in that area shortly, the fear was that Georges, Browns and German Banks — all productive year-round fishing areas for Nova Scotians — would eventually fall prey to the fossil fuel crowd.

The fact the United States led the way on the issue played a large part in the decision making, as well as opposition to drilling from NORIGS 3, a coalition of fishermen, environmentalists, native bands, ecologists, etc… The Americans own 80 per cent of the fishing bank located at the mouth of the Gulf of Maine between New England and Nova Scotia. Nova Scotia’s share includes rich scallop, lobster, herring and haddock stocks.

Morrow does chide the feds because the decision doesn’t come with a rollover, which was included in a bill passed in 2010.

Nova Scotia has backed this endeavour all along, although there are fears that a blowout at these depths could have a direct impact on the shore of Nova Scotia and New England similar to the Deepwater Horizon disaster in the Gulf of Mexico.

It is felt that the industry learned a lot from this debacle and measures against a blowout are more stringent now than it was at that time.

The blowout killed 11 workers and released millions of gallons of crude which polluted area beaches and spawning areas for fish and wildlife. The full extent of the damage won’t be known for quite some time. Of particular concern to Atlantic tuna harvesters is the long-term effect on the bluefin. The accident occurred when the bluefins were calving in that area.

British Petroleum recently announced compensation to the tune of $18.7 billion to five Gulf states which brings the total so far for this catastrophe to $53.8 billion.

The fact BP can pay for this — in 18 years and is tax deductible — shows just how economically powerful these companies are.

Shell Canada will drill in the Shelburne Basin. Providing there is rig availability and obtaining other regulatory permits and approval from the Canada-Nova Scotia Offshore Petroleum Board, a two-well drilling program could get underway later this year.

Of concern here is the distance from the oil rig to the potential source of recovery efforts. If a blowout occurred during a nor’easter, which are not uncommon in this area especially in the wintertime, the lack of a direct and speedy response could prove disastrous, a fact which has been pointed out by opponents of the drilling, especially the Ecology Action Centre out of Halifax.
Now the fight turns to the Gulf of St. Lawrence and the Old Harry project, which is just a few miles off the Maggies, which belong to Quebec.

While Newfoundland, New Brunswick and Quebec all want a share of the pie, Quebec is seeking jurisdiction over royalties due to the fact that Old Harry is in its back yard.
The opposition to fossil fuel exploration in this area mirrors those evolving around Georges Bank and the Gulf of Maine.

It is home to numerous seafood species, as well as annual visits by whales — some of them endangered. The area is also highly dependent on the tourist dollar. A major spill here could have devastating effects on the economies of bordering provinces.

We seem to forget that the Deepwater Horizon disaster only occurred five years ago. Proponents of the Old Harry Project should refresh their minds and read about the carnage which ensued.

No Replies to "Georges Bank Gets Reprieve, Now What About Old Harry?"