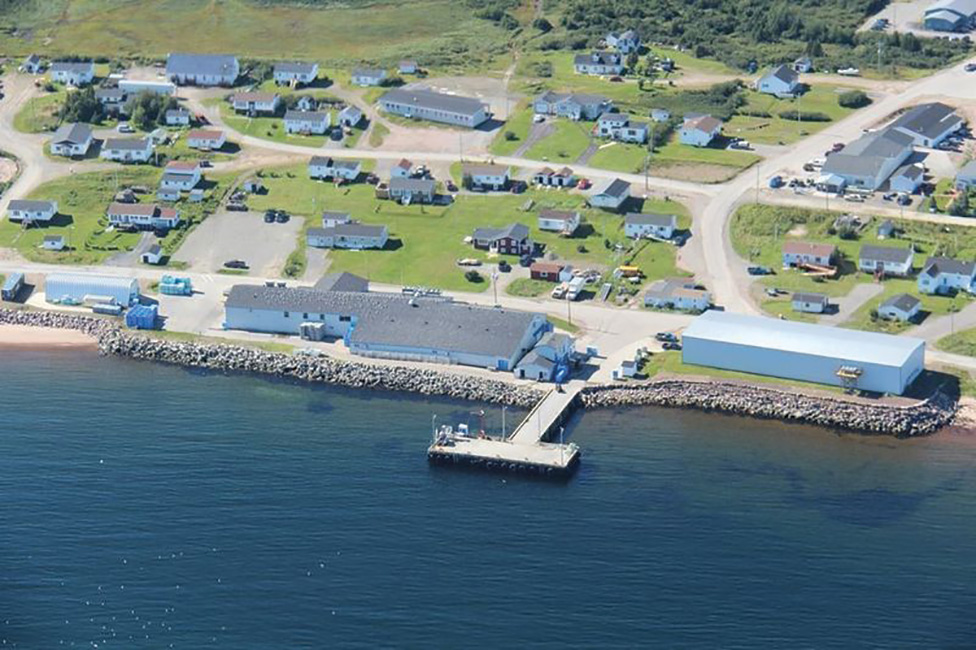 L’Anse au Loup. The name has a lovely, melodic ring to it doesn’t it?

Especially when pronounced properly with the ‘p’ silent, — i.e. L’Anse au Loo. It’s a French name that, in English, means Cove of Wolves.

Gilbert Linstead is proud to say he is from L’Anse au Loup, Labrador. The general manager and CEO of the Labrador Shrimp Company was born and raised in the southern Labrador community of 550 people and still lives there most of the year. He also has a residence just outside St. John’s.

“Several years ago our kids were going to university so we bought a place there for them to live,” Gilbert points out, adding that the company has an office in St. John’s and he spends a lot of time there on business and having his own place to stay is much nicer than living in a hotel.

Gilbert Linstead is a household name in coastal Labrador and is also very well known to everyone in the fish processing industry in Atlantic Canada.

He’s been in the fish business his entire life. His dad was an inshore fisherman and like most boys in coastal Labrador, Gilbert fished with his father for a couple of years and later joined his brother and brothers-in-law for an additional few more years fishing. 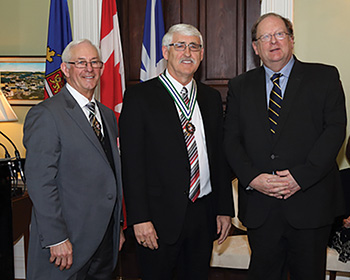 “I fished long enough to know how hard fishermen have to work to make a living and that’s why I’ve had total respect for them and try and treat them fairly,” Gilbert says, adding that he never really felt he was suited for fishing. And, that’s why he listened carefully when businessman Pat Cabot called in 1977 to offer him a job.

“Pat had a business collecting and processing herring and salmon all along the coast and he wanted me to join him and so I did.”

Two years later, Pat became interested in the fresh/frozen fish business and sat down for a chat with Gilbert to discuss a new idea.

“Pat was a visionary and he heard about a couple of plants for sale and he wanted to get into that business. I said ‘Pat we’ll never make it’ but he went ahead anyway and set up a little plant.”

Pat asked Gilbert to go to the College of Fisheries in St. John’s and learn about processing cod and other fresh fish, then come back home and operate the plant.

It was a successful venture for a couple of years, but in the spring of 1981 the company went bankrupt.

“They basically bought the company out and paid all the bills, dollar for dollar, something I never heard of before or since. I started with the Shrimp Company in March 1981 as plant manager and in ‘86 I became operations manager and in 1989 I was appointed general manager and CEO.”

The new company was set up by the Fishermen’s Union (FFAW) and was something of a corporate oddball.

The Union controlled the company to a large extent. Technically speaking it wasn’t a cooperative, but was run on co-op principles with Labrador fishermen as members/owners. But despite an unusual corporate model, it worked.

Today, the company is totally independent of the Fishermen’s Union. Gilbert says the word ‘union’ is still part of their logo but that’s a matter of nostalgia rather than reality. He says almost everyone in Labrador these days, refers to the company as just The Labrador Shrimp Company.

The company has grown steadily, especially in the 27 years with Gilbert at the helm. Beginning as a small, one-plant operation in L’Anse au Loup, the company now has production plants in Mary’s Harbour, Charlottetown, Cartwright, Pinsent’s Arm and L’Anse au Loup, which is also the site of the head office.

At peak season, approximately 600 people are on the payroll.

The Shrimp Company is about more than just shrimp. With licenses to process practically every local species, including crab, the company is supplied by a large inshore fleet, along with two midshore vessels and two large offshore shrimpers.

Gilbert has overseen annual sales growth from $4 million to $80 million.

Gilbert has served on every major organization in the Canadian fishing industry. He is currently Chairman of the Fisheries Council of Canada. This is his second time in that position. He held that post 10 years ago for a term. He has served on the Board of the Canadian Centre for Fisheries Innovation, Northern Shrimp Advisory Committee, Northern Shrimp Research Foundation, Northern Coalition and the Association of Seafood Producers, to name a few.

But Gilbert Linstead’s generosity with his time and energy is not restricted to just fishery-related organizations. He was instrumental in the establishment of a community council for L’Anse au Loup in 1975 and served as secretary/treasurer for the council for the next five years. He championed the establishment of the Eagle River Credit Union and served on the board as vice-president for three years.

As someone once said, “Southern Labrador would be a far lesser place without Gilbert Linstead’s service.”

Some people in high places agreed with that sentiment and in 2013 Gilbert was appointed a member of the Order of Newfoundland and Labrador — an honour reserved for extraordinary people.

But despite all his accomplishments, Gilbert Linstead is still the same humble lad from L’Anse au Loup that he always was. Chatting over a coffee, the conversation is about his pleasant memories of growing up in Labrador, the fishing industry and/or his family.

You would likely have to wait a long time for him to tell you that he is a member of the Order of Newfoundland and Labrador. But you might get a hint of his entrepreneurial spirit even when he was a young boy. Gilbert had one of the first boy’s bicycles in L’Anse au Loup and he would charge his friends five cents to take it for a spin — and an extra five cents if they wanted to go a little further than the negotiated distance.

The interview with Gilbert at the Shrimp Company’s office in St. John’s inevitably drifted to the conversation centerpiece for every Newfoundlander and Labradorian — the weather. He had an interesting observation about winter storms.

“When I was growing up in Labrador, snowstorms always lasted three days – you couldn’t get out of the house. Nowadays, a storm will strike and a few hours later, it can be all over,” he says.
Gilbert Linstead has seen his share of corporate storms during his business career, but he has always kept a calm, steadfast approach to dealing with them and has managed to bring the business out the other end relatively unscathed.

Perhaps he learned from those harsh three-day winter storms of his childhood when it became obvious that survival depended on how well one is prepared for the storm — you can’t batten down the hatches when the battens are already buried in a snow bank.

Now in his early 60s, Gilbert admits that retirement crosses his mind now and then, but he needs an exit strategy and be prepared for that change in lifestyle. As father of two sons and a daughter, withseven grandchildren, Gilbert admits it would be nice to spend more time with his family.

No Replies to "Gilbert Linstead: Fish Man of Labrador"