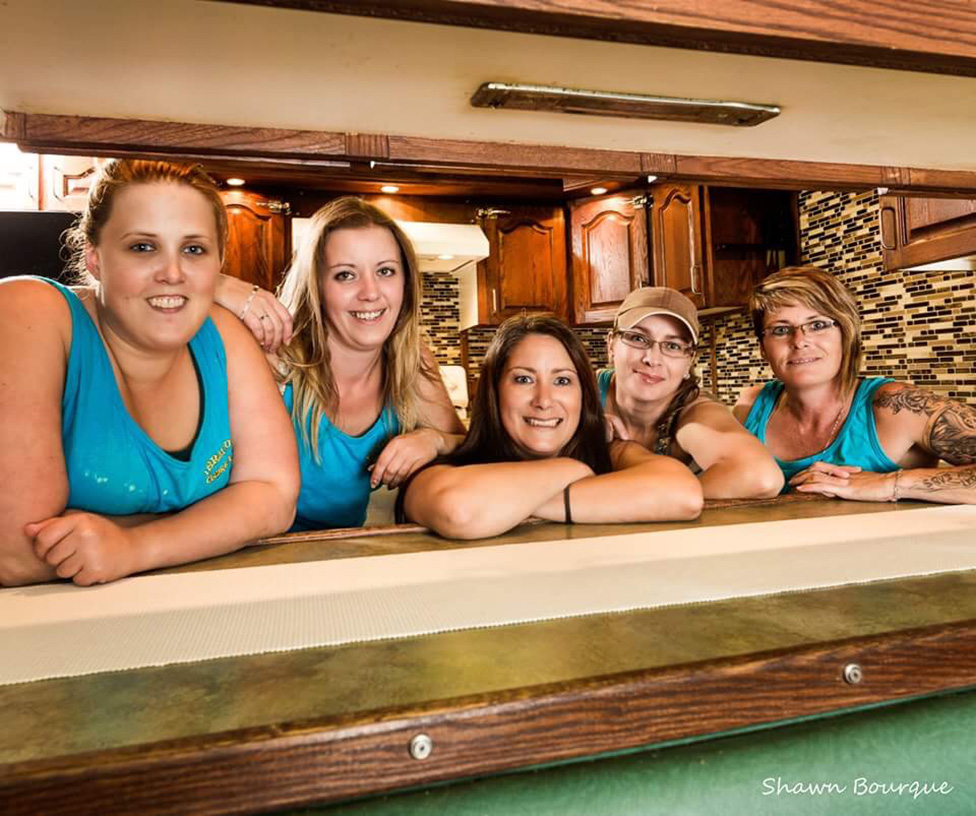 Happiness is a Clean Boat

Jana Jeffery has probably been labeled a few things, but no one has ever called her lazy.

Jana has seen and done a whole lot in her time and during most of her adult years, she’s held down a couple of jobs at the same time.

Born in Ottawa 42 years ago, where she lived until age 4, Jana grew up in Elliot Lake, a mining town in Northern Ontario. She was always an active outdoors girl.

“I grew up building forts, riding bikes, fishing and swimming in the lake behind my home and lots of camping trips. I was the environmental events coordinator for my town and high school and for a short time here in Yarmouth as well. Worked at kid’s camp in the summers. I love hiking, camping (not at camp grounds) canoeing, exploring. I was on a ski team and played hockey, baseball, golf and basketball.” 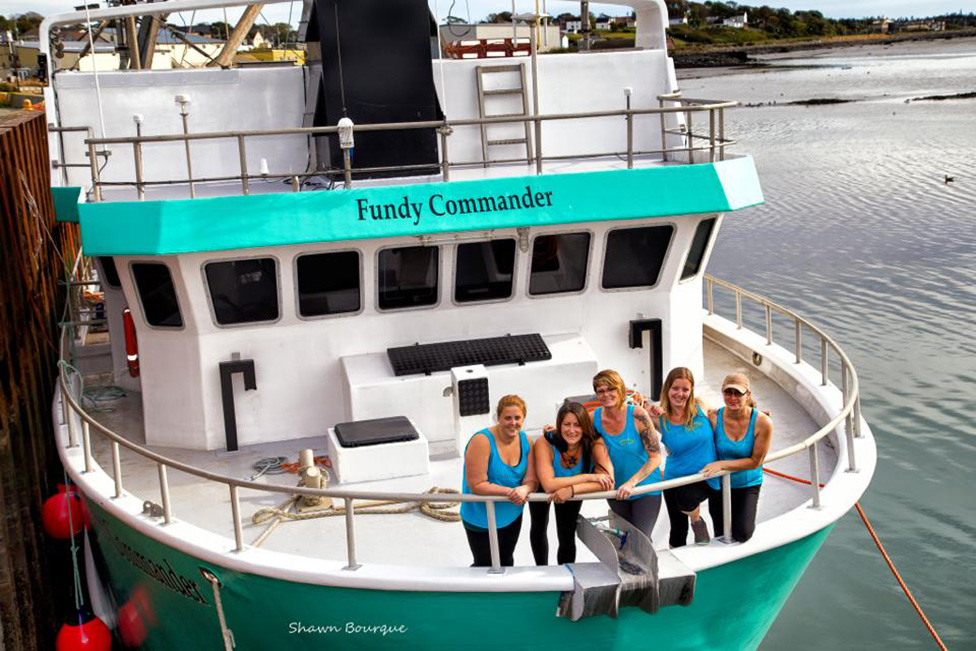 Jana went to college in British Columbia and then worked as a ship’s photographer with Carnival Cruise Lines in the Caribbean for a year before moving to Australia, where she lived for two years. In Australia, at age 24, Jana started her own cleaning company, but she also worked as a photographer.

“In Australia, I worked in restaurants, where twice a night I would do souvenir photos for the restaurant clientele.” 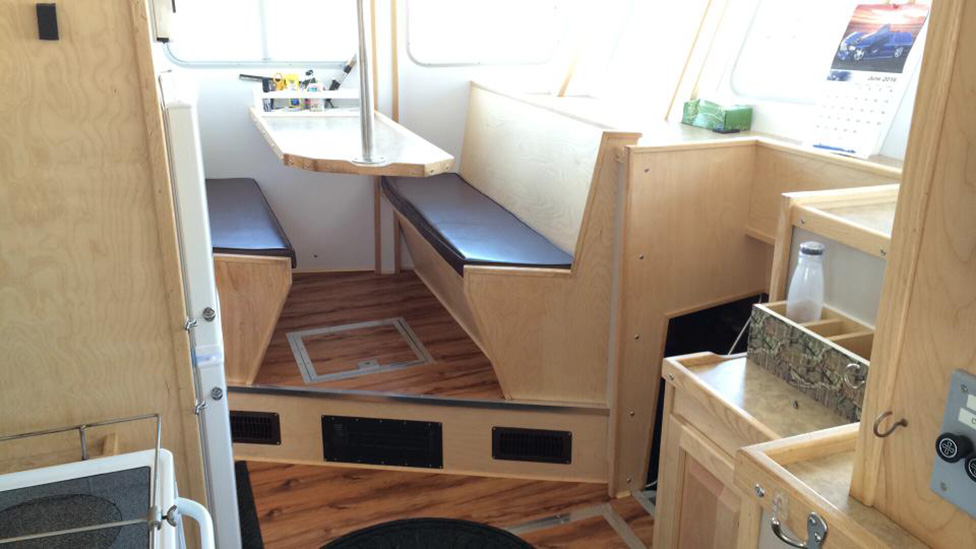 In 1999, Jana found her way back to Canada and spent nearly two years as a portrait photographer in Calgary. But, the hard-working and independent woman knew that working for someone else was not what she wanted.

Eventually she settled down in her parent’s old hometown of Yarmouth, Nova Scotia.

“I came to Nova Scotia in 2001 to help care for my grandmother and I started a photography company, Maritime Memories, which I still have,” she says.

Growing a new photography business in rural Nova Scotia has limitations and Jana knew she needed something else in order to make a decent income. That’s when the idea of a cleaning business came to mind. She was successful in that business in Australia and was certain it could work in southwest Nova Scotia.

She found a couple of women who wanted to join her and soon, the Yarmouth Cleaning Ladies were busy cleaning houses, corporate offices and whatever structure Jana could find that needed cleaning.

Business was growing steadily, but one day in the fall of 2014, during a conversation with her cousin Lisa LeBlanc, Jana found a new challenge to pursue. Lisa mentioned there might be a market in cleaning fishing vessels. Lisa’s brother, Blair Shaw is a fishing captain, so Lisa knew a lot of other vessel owners and told Jana there might be a good market there. 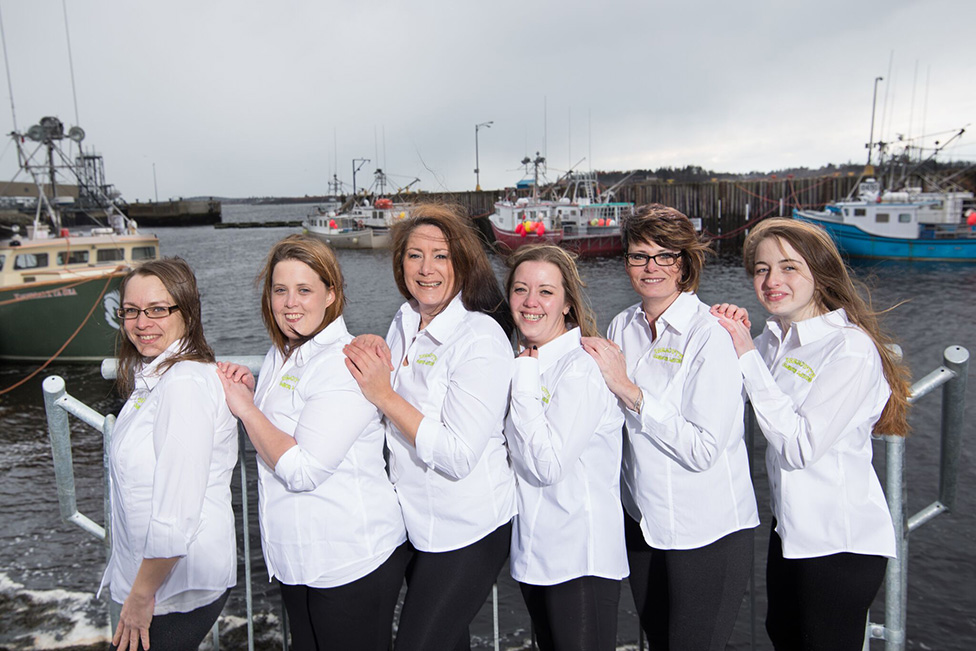 Jana’s creative light switched on and within days she and her team had cleaned a couple of vessels and Jana saw the long-term potential.

Jana soon realized that cleaning vessels, especially fishing boats, was a lot harder than cleaning houses or office buildings. The workspace is cramped, electronic devices and panels are everywhere and cleaning those requires caution and special knowledge.

“We can’t use spray on many of those electronic and mechanical things and for some we have to use Q tips to get into the really narrow spaces.”

And then there’s the engine room. 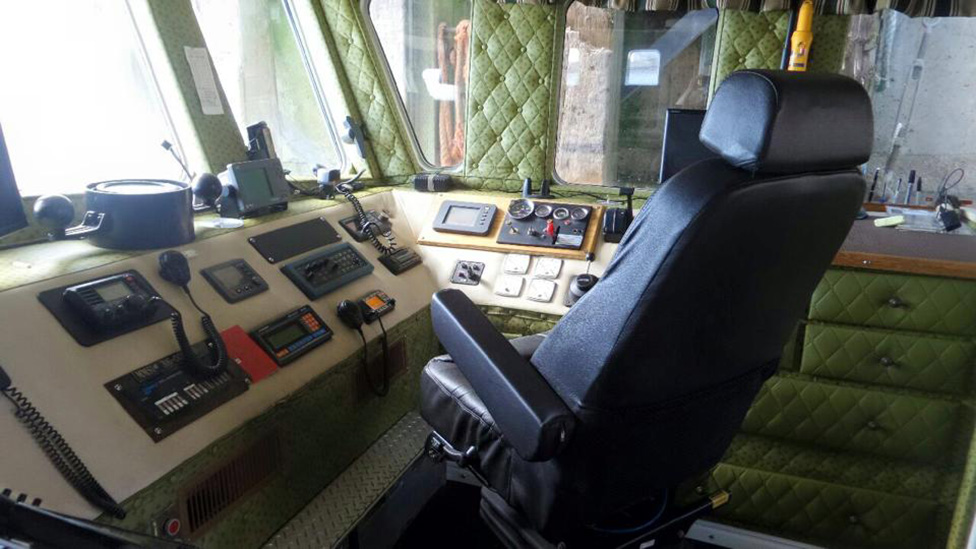 “That was a whole new thing for us and certainly takes a lot of time,” Jana explains. Working in an overcrowded space filled with hoses, wiring, pipes and containers and often in low lighting can be a serious challenge and Jana points out that mechanical equipment and grease on metal requires strong cleaning solutions and plenty of elbow grease (pun intended).

Because cleaning vessels is more difficult, complicated and expensive, Jana has different rates than those for houses and offices.

Most jobs on lobster boats can be completed in three or four hours, but larger draggers obviously require more work, often requiring four staff for three days or more. Jana usually assigns two cleaners on lobster boats and four to work the draggers. She pays her staff $15 per hour for houses and $25 for boat work.

Jana says fishermen really appreciate having a sparkling clean vessel and recognize the hard work required to get that new shine in their wheelhouse, galley and engine room.

“I guess that’s why they don’t mind offering a generous tip sometimes,” she smiles.

Meanwhile, she is also aware that the fishing vessel cleaning business and generous tips may be as cyclical as the fishing industry itself.

Typically, when fishermen make good money they don’t mind spending it but hardly ever are two seasons alike. Resource availability, weather/sea conditions and especially price for fish determine everything. For example, lobster prices have fluctuated wildly in the last decade. The past couple of years have been among the best of the last eight or nine years when fishermen received upwards of $6/pound that just happened to coincide with good landings, while the price 10 years ago, was only half that.

Jana says fishermen are good to work with.

“They are very cooperative. We need at least one of them onboard the boat when we arrive because we need to start the boat for a power supply so we can have hot water. We also need them to show us where they keep things and stuff like that but after that is done, they generally leave us alone unless they are getting ready to go fishing. Then they need to be getting ready for the trip but they’re on deck or in the fish holds and not where we are.”

Despite most fishermen’s rough and tough demeanor, she says none of her cleaning ladies have had to deal with any inappropriate behaviour.

Meanwhile, she always assigns two or more women to clean boats, partly for security reasons but also because it takes a long time to clean a boat and it is much more difficult than cleaning houses.

Jana has grown her fishing vessel sector work to comprise about 40 per cent of her business. She would like to move that closer to 50 per cent in 2017.

She doesn’t have geographical boundaries as such but the vast bulk of her business is done within a 100-kilometre radius of Yarmouth, mainly from Shelburne to Digby.

“But, we’ll come to Newfoundland if you want —all you have to do is pay expenses and we have a deal,” she laughs.

Much of her boat business is with repeat customers and that bodes well for the future. A repeat customer is obviously a satisfied client who usually spreads the word and with a very limited advertising budget, word of mouth is her main means of getting the message out there.

Jana Jeffery is a happy person these days. Her company is doing well and now consists of Jana and five other women including Belinda Conrad, Sam Comeau, Danielle Evans, Elizabeth Goreham and Fiona Comeau. The business has now reached the stage that Jana spends most of her time coordinating, training and managing her business.

She lives in a small log-cabin type house with her one-year old daughter Deanna. Her house is located next door to her parents, Jim and Deanna Jeffery, who own and operate Little River Kennels, breeders of Nova Scotia duck tolling retrievers.

Jana doesn’t have a large role in her parent’s business up to now, but Jim and Deanne are in their seventies and probably retiring soon.

In fact, when we met Jana in Yarmouth in early February, her dad was hospitalized and Jana was pitching in to help her mom get the job done.

When the elder Jefferys retire, Jana will take on an expanded role but will likely need to hire additional help because it is a demanding business.

For now though, growing the cleaning business, her photography, and caring for her daughter is as much as a single mom can handle most days.

LFA 33-34 Lobster Prices All Over the Map

No Replies to "Happiness is a Clean Boat"