This issue of The Navigator marks the beginning of another new year.

It’s a good time to reflect on the past, assess where are and think about the future.

Like most people involved in the fishery in Atlantic Canada, I am a member of the baby boom generation. That means I can reflect back over several decades of involvement in this industry and even a few earlier decades, when I was growing up and hearing about things going on around me. It has been quite a ride.

I can remember the transition from saltfish to frozen products that changed the way fish were caught, processed and marketed. It also changed where and how people lived and worked.

I can also remember the build-up of the foreign fishing fleets that came here and captured huge quantities of fish in the 1950s and 1960s, leading to low catch rates in the 1970s and building pressure to do something about it.

Because of that pressure, we obtained the 200-mile limit in 1977, creating great optimism about the future of the fishery. We increased the number of fishing vessels, fish plants and people involved in the industry, building up huge capacity. The baby boomers were coming of age, needing jobs and found them in the fishery. For a while, during the 1980s, Canada became the world’s leading exporter of fish products by value, because of that capacity.

But that wasn’t as good as it seemed. 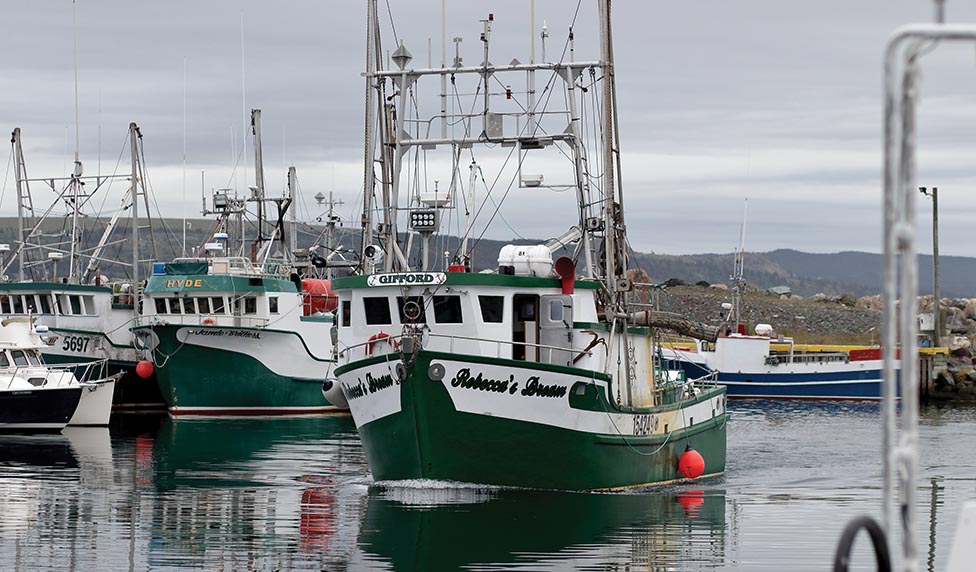 The industry went bankrupt in 1981-82 and had to be restructured with substantial input of funds from the federal and provincial governments. By 1987, we realized overfishing had continued and groundfish stocks were in trouble. Quotas were cut and a series of moratoriums were imposed, starting in 1992.

During the early 1990s, the mood in the industry was rather depressing, as vessels, plants and people left the industry and the future looked very bleak.

But things weren’t as bad as they seemed.

Within a few years, new fish species like crab and shrimp had increased in abundance and presented new opportunities. We made a transition from an industry focused primarily on cod and other groundfish to one focused on shellfish species. Catch quantities went down but the value went up, allowing many people to earn good incomes — at least for a while.

But things were not as good as they initially appeared.

During the early 2000s, Canada’s dollar increased in value relative to other currencies, so we got fewer Canadian dollars for our products, putting pressure on costs. Although catches were good, incomes were decreasing. Then, catches started to decrease, too.

Market prices fell when the financial crisis hit in 2008. Times were tough, plants closed and people were leaving the industry in search of better opportunities.

But in the middle of the gloom, things began to turn around.

Lobster catches increased to record levels, although prices were low. China emerged as a new, large market for our products. Market prices started to rise, as the recovery from the financial crisis gained momentum. And the Canadian dollar started to weaken, allowing those increasing prices to be converted to more Canadian dollars. Although shrimp and crab were decreasing in abundance, the increasing revenues were enough to compensate for the lower catches.

Now, here we are at the end of 2018 and the beginning of 2019, with high lobster catches, but a very bleak outlook for catches of shrimp and crab. Nevertheless, there are some reasons for optimism.

Halibut catches have been increasing. There is an abundance of haddock on George’s Bank and a growing redfish biomass in the Gulf of St. Lawrence and the Laurentian Channel. Although the haddock and redfish are still young and small, they offer hope for the future. And we continue to hope that an increasing biomass of cod will one day support a new fishery.

What will that future be?

Given all the changes that have taken place in the fishery in my lifetime, I would be rather foolish to try to predict what the future will bring. Back in the early 1990s, no one could have predicted what has actually happened in the 25 or so years since then. And I doubt that anyone can predict what will happen over the next 25 years. But we can identify some of the forces that will affect the future.

For sure, because of climate change, there will be changes in the abundance and distribution of different fish species. Some of those changes will take away species we have depended on. Others will present new opportunities. We just don’t know what they will be.

Over the next few years, an increasing number of baby boomers will move into retirement — and die (sorry, but it’s true) — decreasing the number of people dependent on the fishery. Hopefully, that will increase the opportunities available to the fewer young people who remain in the industry.

Markets and supply chains currently seem to be in a state of flux, because of growing discontent with the effects of free trade and the ongoing trade disputes between the United States and everyone else — but especially China. Who knows how that will turn out? Regardless, people will still want to eat fish.

All in all, there is a lot to think about. And, as farmers and Toronto Maple Leafs fans say, “There is always next year.”

2019 is a new year, offering potential for a new start. As the twists and turns described above indicate, things are never as bad or as good as they initially appear to be. This industry has tremendous capacity for surprise.

A Good Deal for Canadians

No Replies to "Happy New Year"