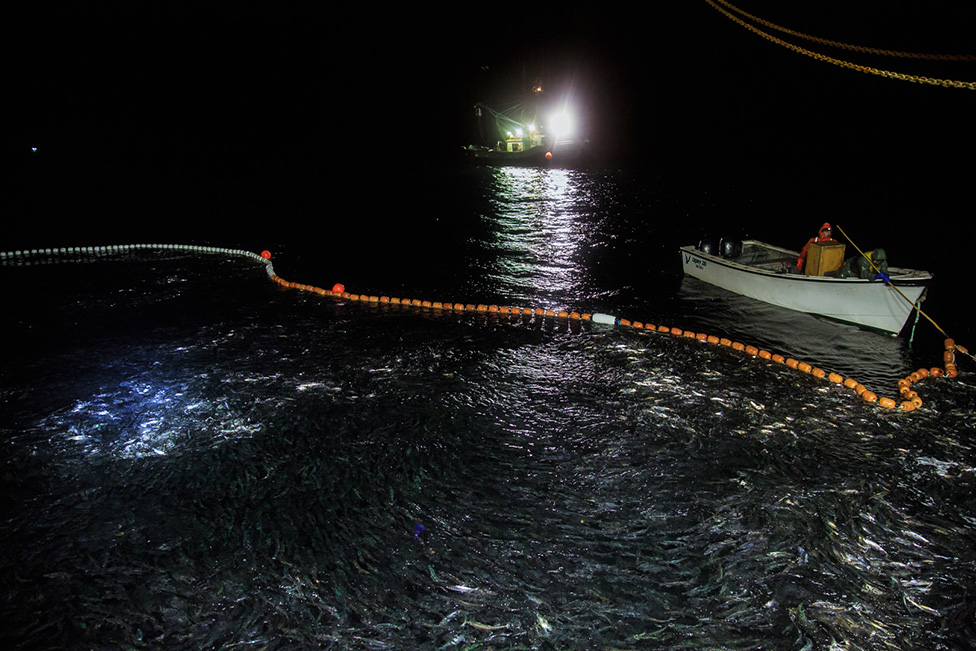 A concern over small fish led to the cancellation of the herring fishery in May in the 4X quota area.

While fish 18 centimetres in length can be legally caught, the purse seine fleets agreed to forgo the fishery in May. This included areas east of Baccaro and in waters off Halifax.

Donna Larkin, who heads the South West Seiner group out of Pubnico, said a number of seiners would be setting out in the latter part of the month.

This area has a 1,500-tonne quota, but when the herring are small, most of this catch is used as bait.

The fishery in Scots Bay has a tonnage increase this year from 5,000 tonnes to 7,000 tonnes.

The seiner groups will also impose a five-day fishing week from August 15 until the end of September.

The seiners have long held that herring stocks on the outer banks or the edge of the Scotian Shelf were different than herring caught on inshore grounds in that area.

“A few years ago we landed some of the largest herring we’ve ever seen in this area. They were so full of roe they were squishy,” Larkin said.

DFO maintains that the inshore and offshore stocks are one of the same but the seiner group would like to disprove that.

Two vessels with mid-water trawls will explore the areas of the Outer Banks and the edge of the Scotian Shelf with a 1,000-tonne quota which will come out of a 12,000-tonne quota in that general area of 4X.

Another development in this industry involves the process for MSC certification has begun and Larkin is hopeful the process can be finished before the year it out.

“If we get certified, catches six months prior could be included in the certification,” she said.

More and more retailers are demanding this certification in North America. In Europe, it is a must.

The herring fishery in Atlantic waters has had its ups and downs. It used to provide raw product for four herring reduction plans in Yarmouth County, but the stocks collapsed.

For a while, factory vessels from the then Soviet Union were regular summer visitors, buying herring from both the purse seine and gill net fleets.

Now the emphasis is on a food fishery with the entire fish being used, not just the roe as was the case in years gone by.

Trinity Ledge off Port Maitland, Nova Scotia used to be a major spawning ground for the species. Overfishing almost depleted the stock to extinction, but in recent years there have been signs of a recovery.

Auk Bay is a small fishing area off the southern coast of Alaska, not far from Juneau.

Herring spawn used to cover over a dozen miles but 20 years ago the fish disappeared.

Last year, large spawning fish were observed in the area and hope has revived for a recovery of sorts.