The redfish stock of the Laurentian Channel area (NAFO zones 4RST, 3P — now called Unit 1+2) supported large fisheries in the 1960s and 1980s but since about 1995 catches have been quite small.

In fact, these stocks fell to such low levels that the Committee on the Status of Endangered Wildlife in Canada (COSEWIC) recommended listing the two redfish species in this area as “endangered” and “threatened.” DFO has devoted a lot of time since 2011 to determining the size of this redfish population, its potential for recovery and how it can be sustainably exploited.

In December 2015, a meeting was held to determine how to model this population, but the model suggested (blue line) redfish catch in the late 1980s and early 1990s may have been much larger than what DFO had in its records. Also DFO catch records showed very few fish smaller than 20 cm (8 inches) were caught. Despite the official catch record, many fishermen mentioned the large fishing effort at this time which included numerous mid-water trawlers around 20 m (65 feet) and 40 m (130 feet) fishing in the Gulf in summer and off Port aux Basques in winter. 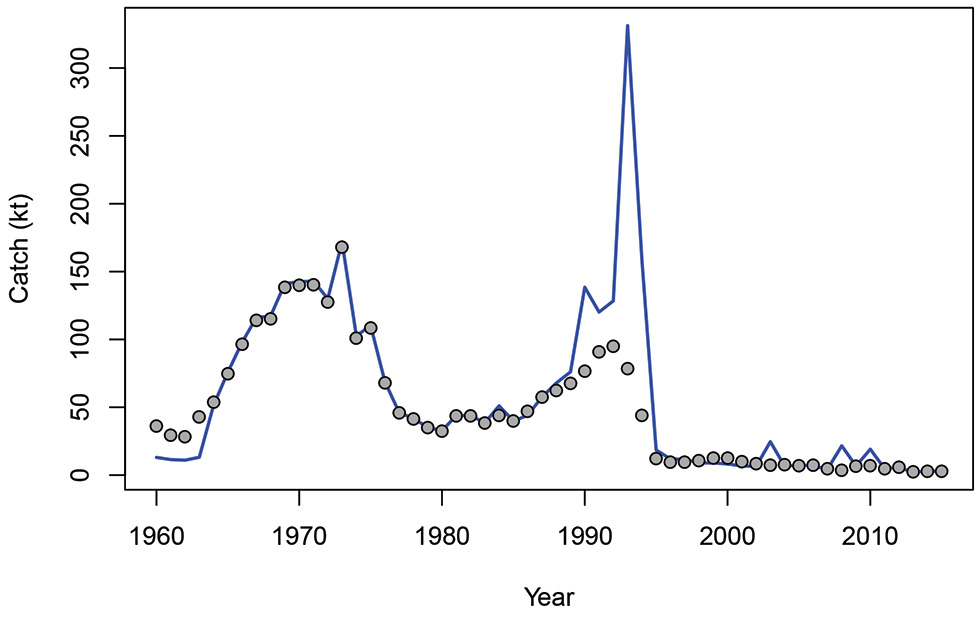 To get a better idea of what may have occurred around this time, I sent a letter to the editor of the Navigator Magazine asking to speak with anyone who fished this stock at that time. This prompted one response from Souris, P.E.I. which lead to several others and finally we spoke to fishermen in Newfoundland, Nova Scotia, P.E.I. and Québec and covered most of the major redfish landing ports. 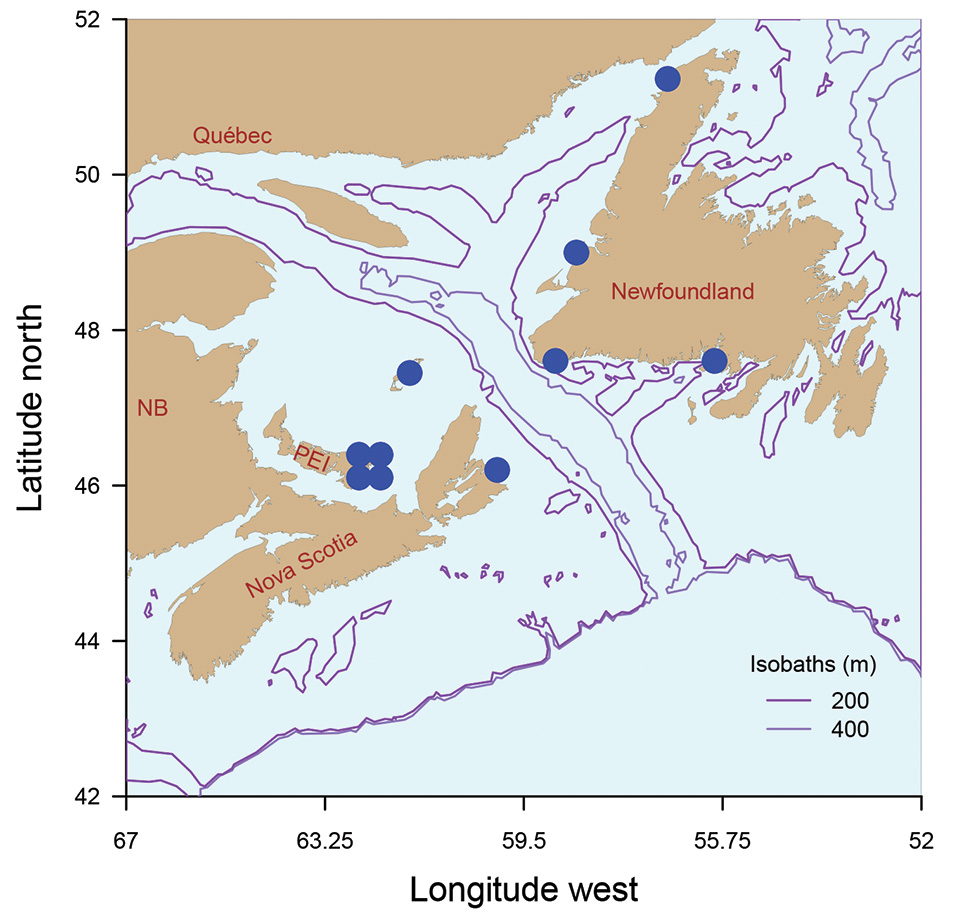 As it turned out, fishermen gave quite a different picture of the fishery at that time than what we found in the official DFO statistics. 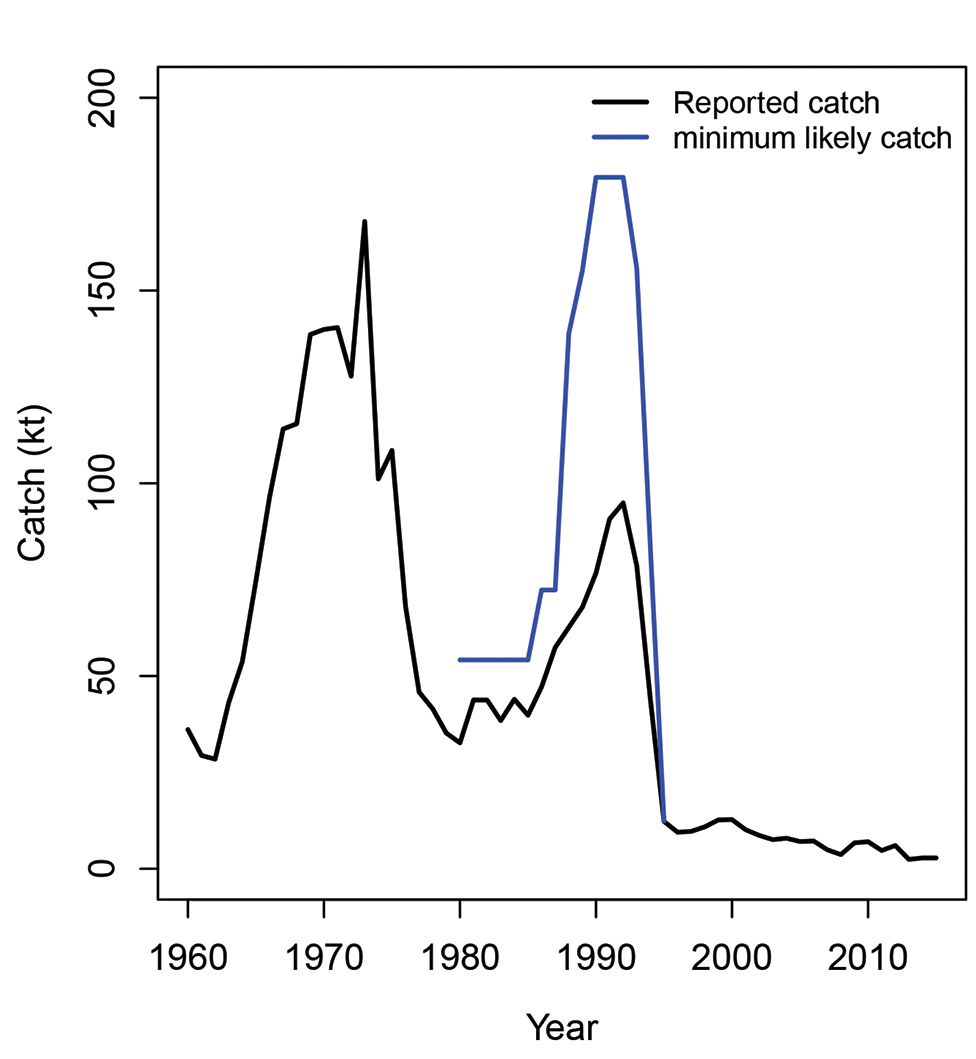 Firstly, it seems that there was probably a larger catch beginning with the introduction of the mid-water “turbo trawl” and year-round fishery in about 1986 until 1994. DFO statistics show a maximum catch of about 100 kt (220 million pounds) in this period but fishermen report catches that were perhaps double that. It also seems that numerous small (<20 cm) fish caught were landed and usually went straight into fish meal.

The insights of the fishermen from this period were interesting not only for telling us what and how much they were catching but also for their impressions of the fishery at this time. Most felt that the mid-water trawl which allowed fishing over all ground, at all times of day, throughout the year and on fish in the spring that were releasing their juveniles, was quite destructive; however, they felt powerless to do much about it because of the competitive nature of the fishery and because there were few other opportunities with the decline of cod fisheries in this period. Clearly, the fishing opportunities and economics of the east coast fisheries at this time were changing rapidly and the redfish fishery at this time may be the best example of it.

This exercise has proven not just interesting but also useful for interpreting model output and helping decide when a model is off or when it might be telling us something about the reported data. The implications of this are not just for understanding what happened back then but for what we think about the productivity of this stock now. Currently, there are numerous small redfish (<20 cm) in water that were born mostly in 2011. This work will help science advise management on long term sustainable fishing on the 2011 and other redfish year-classes.

Daniel is always interested to hear from fishermen of the past, present and future. Please feel free to contact him via email or phone. Daniel Duplisea, Fisheries and Oceans Canada, Institut Maurice-Lamontagne, Mont-Joli, QC, G5H 3Z4, daniel.duplisea@dfo-mpo.gc.ca, 418-775-0881.