Increasing Income and Profitability in the Fishery

A value chain is the sequence of activities that ultimately delivers products and/or services to the final consumer.

In the capture fishery, for example, harvesters catch fish and sell them to processors, who turn them into a range of products and sell them to buyers, who may process them further or distribute them through retail stores, restaurants, or other channels to the consumers who eat the products.

The prices paid by the consumers at the end of the chain determine the overall value. Each participant in the chain receives a share of that value, based on the role played in the chain and bargaining power relative to the other participants.

Globally, distributors take about 65 per cent of the value of the overall seafood value chain and producers — farmers, harvesters, and processors — take about 35 per cent, although there can be variations by species, product, and market. 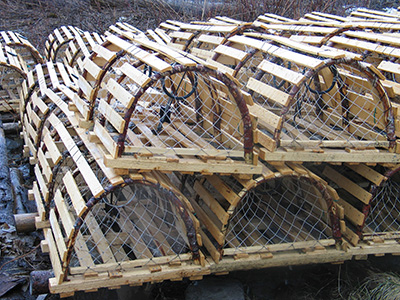 Whether or not that sharing of the proceeds is fair depends on your point of view.

Every year, as fishing seasons get under way, producers in Atlantic Canada fight among themselves over how to share the portion of the end market price that flows back to them. At stake in this discussion are the incomes of harvesters and plant workers and the profitability of harvesting enterprises and processing companies.

Reflecting the importance of the outcome to everyone, people often get emotional and accuse their opponents of nefarious motives, sometimes even citing as examples bad practices that haven’t been used in decades. Mistrust and bad feelings are everywhere.

And that is unfortunate — for everyone — because there is a better way that could allow everyone to be better off. As I have suggested many times before, there is more to be gained through cooperation and collaboration than through conflict.

Fundamentally, the overall value generated by our value chain depends on the quantity of products we sell multiplied by the average price we sell them for. And the prices we sell them for depend on the markets we sell them to. But it is important to understand that output value is not a fixed number.

We can — and do — change the overall value of the chain, if we sell different products or sell them in different markets or at different times for different prices. By working together, we can increase our output value, allowing everyone in the value chain to earn more by sharing in a bigger pie.

Based on the rhetoric that accompanies annual price negotiations, it seems very few people understand that. Most seem to think it’s about increasing their shares by taking more from others, rather than creating a bigger pie. Indeed, it seems few harvesters have a good understanding of what happens to their landings beyond the dock. They would be better off if they did. 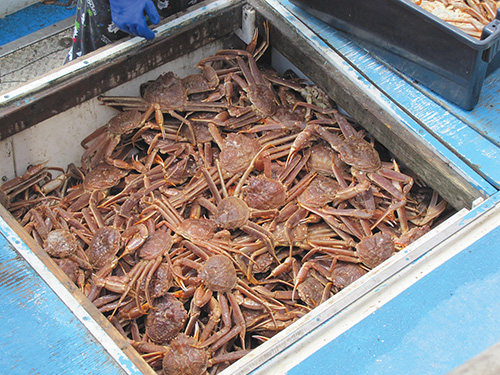 The overall market for seafood is made up of many smaller markets — called niches — based on geography, timing, and usage. Different niches have different needs and varying degrees of willingness and ability to pay, so they offer different prices. That means the same raw materials could attract higher prices, if they were turned into different products suited to niches willing to pay more.

One of the advantages of CETA, the new free trade agreement between Canada and the European Union, is that it will open up new opportunities to sell our products to relatively affluent consumers who eat a lot of seafood, offering us the potential to increase our output value.

But each market niche has distinctive needs, wants, and expectations. The key to entering a new market is to meet those needs, wants, and expectations better than others who compete for the same customers. If we offer the same as others, there is no incentive to prefer our products. If we offer less than others, there is an incentive for customers to prefer their products, instead of ours.

The products we can make and the markets we can serve are ultimately determined by the timing of landings and the quality and size of the fish.

In Atlantic Canada, catch timing is mainly controlled by harvesters, who typically determine their own schedules without any reference to the market or even to the needs of the processors they sell to.

Typically, that means we catch a lot of fish in a short period of time and very little can be sold fresh. But when we freeze a product, it immediately goes down in value, so we incur an extra cost and get lower prices, making less money available to be distributed to plants and harvesters. In other words, everyone is worse off than they might have been otherwise.

Even frozen products can sell for different prices, depending on their quality.

John Sackton, a market analyst well known in Atlantic Canada, often talks about a ‘price ladder’ which shows the different prices for which products can be sold.

Generally, we want to be selling products higher on the price ladder. But we often can’t, because the raw material quality is not suitable for higher-value products. That is why I suggested in a previous column that quality is probably the biggest problem we have to solve in our industry.

Our value chain could be worth a lot more, providing better incomes and higher profitability to everybody, if we served higher-value markets and focused on providing what they want, when they want it, instead of catching fish at our own convenience. Many times processors are forced to see what products they can salvage from the landings and find markets for those products, instead of others that would sell for higher prices.

Because of the importance of the fishery to their national economy, Iceland long ago set a national goal of maximizing output value per kilogram of catch. And its industry has been pursuing that goal very successfully for a long time now, with excellent results. They have solved many technical problems in pursuit of the goal. But the key to what they have done has been a focus on high-value markets, combined with collaboration and coordination of effort among the different participants in their industry — something we don’t seem to be very good at or even willing to try. It is the main reason Icelandic harvesters and plant workers earn better incomes and Icelandic fishing enterprises and processing companies are profitable.

So we have living proof this model works — for everyone.

In my opinion, the whole future of our industry depends on whether we can follow the Icelandic example, by collaborating and coordinating effort throughout the value chain.

As climate change reduces the abundance of our shellfish resources and increases the abundance of groundfish, the issue will become increasingly important. Some in our industry understand this and are trying to make things better. But others do not understand and want to cling to the old ways of doing things, simply because it is easier for them. Doing things the easy way doesn’t create value. Solving difficult problems does.

Unfortunately, it isn’t just the dissenters who suffer. They make it difficult for the whole industry, including the ones trying to do better.

No Replies to "Increasing Income and Profitability in the Fishery"