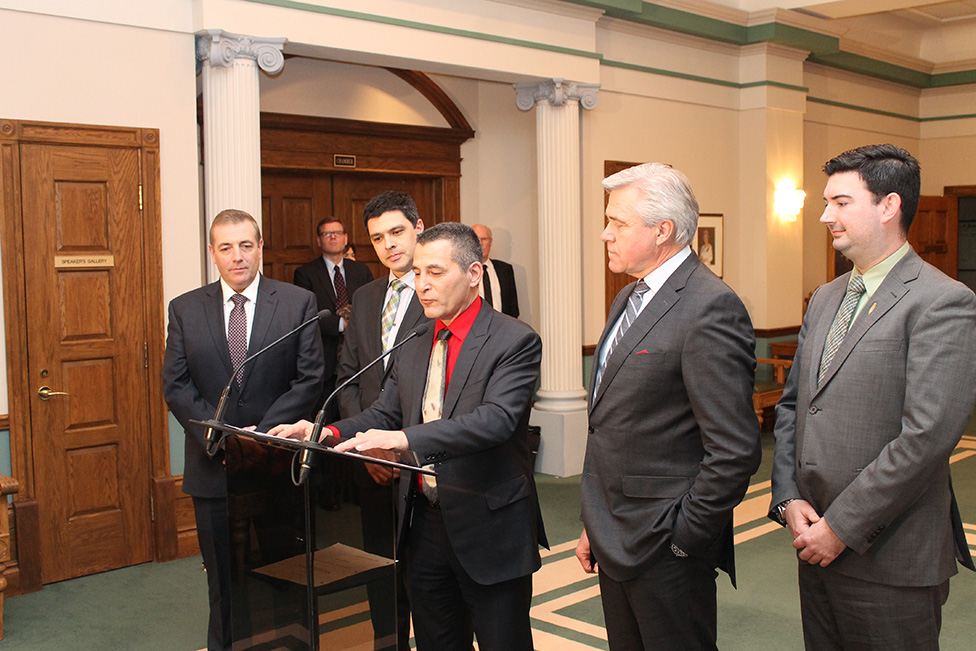 The first visit by the new federal Fisheries Minister appeared to be congenial, but was very scant on actual details.

The ongoing spat between Confederation Hill and Parliament Hill is long and bitter. For years, the two sides have been in a war of words over numerous fisheries-related issues.

There is the much-maligned disagreement over the joint federal/provincial $400-million fund tied to the Comprehensive Economic and Trade Agreement (CETA) between Canada and the European Union. The provincial government declared it will not drop minimum processing requirements (MPRs) to comply with the Canada-Europe free trade deal.

Neither Ball nor Tootoo would get into specifics about at what stage the CETA fund talks were at, only to say the file was still being discussed. 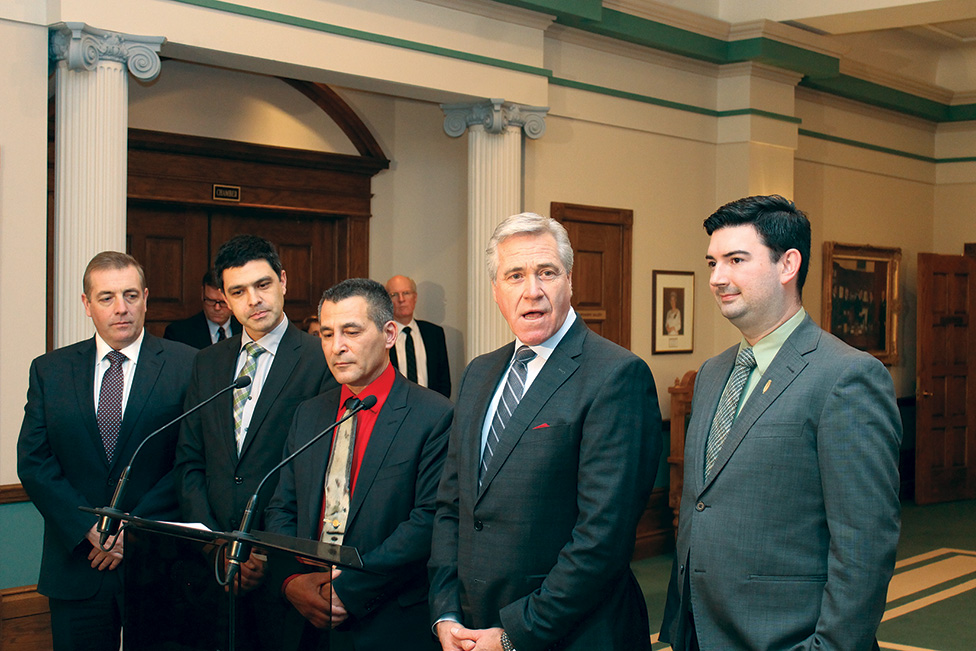 Last year, the federal Department of Fisheries and Oceans was once again sticking to its guns on another piece of controversial fisheries legislation, the Last In, First Out (LIFO) policy. Despite an all-party approach from the Newfoundland and Labrador Legislature, DFO held the line on this policy.

The official LIFO party line from Ottawa was; “The Last In, First Out policy, known as LIFO, was introduced in 1997 after significant consultation and has been included in every Northern shrimp fisheries management plan for more than 10 years. It has been consistently communicated to stakeholders that should there be a decline in the abundance of the resource, new participants/allocations would be reduced or removed from the fishery in reverse order of gaining access — last in, first out. LIFO was also reviewed by a third-party independent reviewer in 2012 who confirmed that the Department was appropriately applying the policy when required in a fair and transparent manner.”

Tootoo also said this policy is under review by his department, but would not go into detail other than that.

On the topic of shrimp, the minister would not make any predictions on the forthcoming 2016 shrimp quotas, only to say he’s waiting to see the scientific analysis, which is expected in March. In 2015, DFO backed away from proposed, further cuts to the northern shrimp quotas and signed off on a quota rollover for the season.

Both Ball and Tootoo were questioned by the media on other fisheries-related topics, including halibut quotas, plans for a renewed cod fishery, science funding, search and rescue infrastructure and the Manolis L, the sunken paper carrier full of oil near Change Islands.

Both of the politicians agreed that all of these topics were important, but would only say they are being examined and any decisions will be made at a future date.