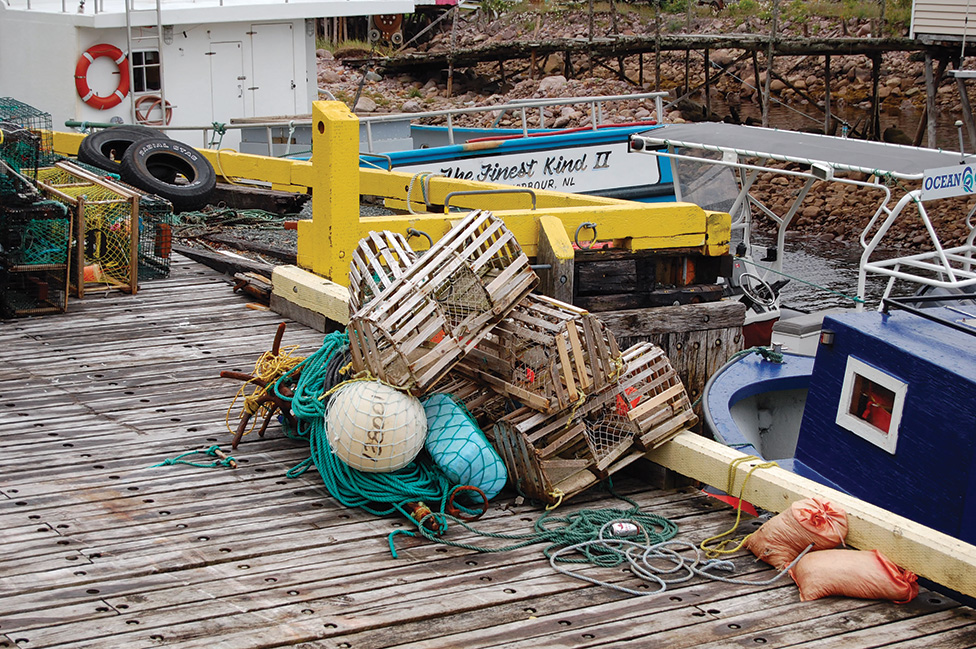 It is Time for Fisheries Policy to Change for the Better

This fishery policy of dumping fish, that’s happening in the EU, has been going on in Newfoundland for years.

How can scientists correctly set fish quotas when most of the TAC is rotting on the bottom? DFO is telling fish harvesters they must dump bycatch dead halibut, herring and capelin over the daily limit, when capelin and herring are supposed to be a competitive fishery, free for all so to speak.

DFO will take harvesters to court if they exceed their daily limit, but will not take them to court if they dump thousands of tonnes on the bottom to rot and never taken off the TAC. Not much conservation in that. Our culture doesn’t understand this waste.

Fish harvesters know what the Canadian government has in store for the Newfoundland inshore fishery — get rid of it in favour of their political friends, the big fish companies and use fish to barter away or trade off Newfoundland and Labrador.

The big fish companies own most of the quotas now, one way or the other. There is no free enterprise in the fish business in Newfoundland. Our Newfoundland government restricts free trade of fish products between provinces, eliminating competition. The federal government plan is to regulate the hell out of the inshore harvesters hoping they will exit the fishery, making it hard for new entrants.

Our fishing culture doesn’t mean a thing to Ottawa or St. John’s policy makers. Our union, (FFAW) in my own opinion, is working a lot of cases against fish harvesters pushing its own agenda to bring wealth to the FFAW.

Our culture was made for 500 years by blood, sweat and tears, trying to eke out a living in this land where it could snow for 10 months of the year and is battered by fierce spring, fall and winter storms.

Death by drowning was a very common thing and still is. Arctic ice and icebergs are always a threat to the mariner. How many of you know that between 1800 and 1865, 400 sealing ships were lost and a thousand men drowned — not counting the number of sealers that died hunting from the land to feed their families.

Our licensed sealers are participating in a legal seal hunt, yet they are harassed by animal rights and the video they take is given to DFO to scrutinize for the slightest infraction.

We are a distinct society, made up of English, Irish, French, and First Nations etc… we settled in isolated coves and inlets developing our culture for 500 years. We have our own music, art and language and our culture is trampled on like an old dirty rag.

In Article 1(2) of the International Covenant on Economic, Social and Cultural Rights (“ICESCR”), it reads, “All peoples may, for their own ends, freely dispose of their natural wealth and resources without prejudice to any obligations arising out of international economic co-operation, based upon the principle of mutual benefit, and international law. In no case may a people be deprived of its own means of subsistence.”

Canada is a signed partner to this agreement and I can tell you right now we are not enjoying our fish resource ever since DFO came on the scene with their big guns on their hips intimidating people to give up their way of life. Newfoundlanders always had the right to catch a fish for the table and before they turn the food fishery into a recreation fishery with tags, licenses, fees and the like, we want our cultural right to always be able to catch a cod for the table anytime of the year without prejudice.

We, the inshore fish harvesters, did the less to cause the cod collapse, yet we are the most persecuted. We are Canadians and we come in under the Canadian constitution with rights and freedoms. I wish someone would remind the courts and DFO in Newfoundland we are not the enemy. We fish for approximately two to three months a year because of small quotas and weather, then the ocean is left to heal.

DFO needs a complete overhaul and start new. DFO scientists should talk with fish harvesters. They know what’s going on in the ocean, as they see it every day they are on the water. They have a wealth of knowledge that can never be learned in a college.

Respect people that make a living from the sea because it’s a dangerous and stressful job. The inshore fishery keeps communities together and brings in new money to the communities, province and country.

I talk to people from away that visit the province and they say to me, “to bad that your fish are gone.” I tell them that this is a myth created by people who don’t want the inshore fishery to survive and I have been fishing commercially for 50 years and codfish are the most plentiful I have ever seen them. Our capelin stocks are the highest in recorded history, turbot and halibut stocks are in excellent condition, the seal herds of different species number around 15 million yet we can’t harvest enough of these species to make a decent living.

We are deprived from making a living by self-interest groups that are pushing their own agendas in science or conservation, animal rights etc… How many people hear that our salmon resource is in bad shape and salmon should be put on the endangered list — this also is a myth that is perpetrated by self-interest groups?

Salmon stocks are in excellent condition from Labrador to St. John’s, according to reports from people living near the coast. Most of the damage that’s done to salmon is catch and release on the rivers where the fine leaders split the salmon tails and they fall away in the tide down river and die-never able to spawn or traverse fast water.

If someone buys a salmon license, they tag the fish and carry it home to eat.

Salmon is a curse to the inshore fish harvesters because DFO policy is to protect the salmon. The nets we use to get bait for lobster and crab have to be weighted down with lead heads and foot ropes and these catch very few fish — mostly what they catch is dirt on the bottom. Before this policy we could get enough bait out of a couple of nets — now we have to use many more to catch enough bait.

If the present trend continues, the inshore fishery will be history in 10 years, thanks to the policy makers and the Newfoundland politicians who don’t understand the severity of the situation. It is time for them to speak up for Newfoundlanders and Labradorians and our culture. Educate these policy makers on the importance of our fishery and culture before we are like so many other cultures in Canada, stripped away by government. If you don’t know where you came from you will not have pride and know where you are going.