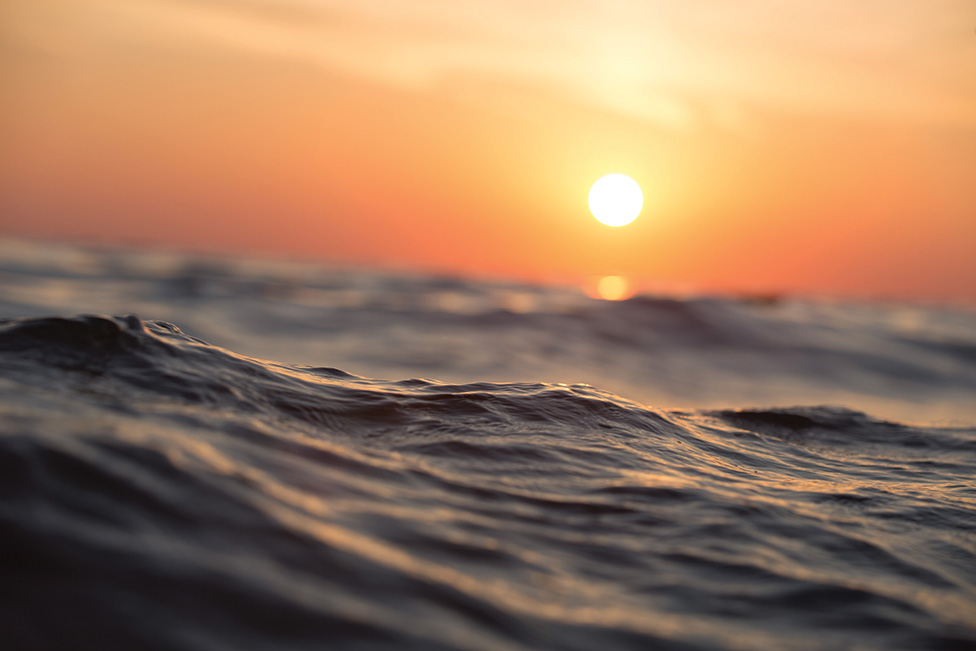 Jim Morgan: A Rebel with a Cause

On August 4, one of the province’s best-known politicians passed away at Pleasant View Towers in St. John’s.

Jim Morgan’s long-standing image in the public eye, even after he officially ended his formal stint in politics/government in 1989, demonstrated the life of a consummate politician.

While I worked with him, I was both surprised and honoured to be called by his wife Denise to pay tribute. I will try to portray his contribution to the people of this Rock and Big Land, primarily from my view in the bureaucracy of the Department of Fisheries, along with a continuing observance of his public life in the decades after we worked very closely together. Some co-workers and politicians have contributed to my effort. 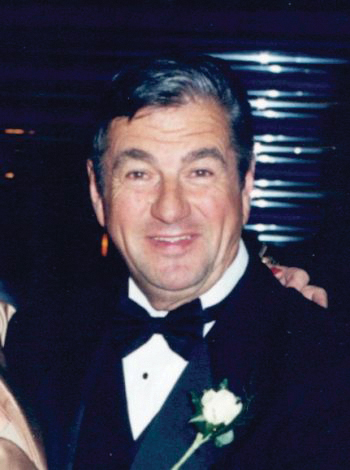 Jim was born in 1939 and was educated at Memorial University, DeVry Technical School in Toronto and Sir George Williams University in Montreal. He got involved in politics at the relatively young age of 33 in 1972, being elected in Bonavista South. He served his constituents there for 17 years, many as a cabinet minister with Premiers Moores and Peckford in the departments of Transportation and Communications, Tourism, Forestry and Agriculture and Fisheries.

All departments, especially Fisheries, kept Jim in touch with ordinary folk, on the ground in their communities and indeed many of their homes. He was always at his best in the boat, on the wharf, in the fish plant or in any gathering of people where he could command an audience.

Yet, he could converse freely with the leadership of large companies, federal ministers and in the international community with ease. His tireless efforts on behalf of the province were demonstrated many times as he worked to try and improve the lot of the masses.

In the fall of 1979, I was seconded to provincial fisheries from DFO to work as an assistant deputy minister.

When Premier Peckford appointed Jim Fisheries Minister in January 1980, he came to my office for an update and with a request — not to go back to DFO but to stay and work with him on a permanent basis. He quickly orchestrated my permanent appointment as ADM.

We quickly got to know one another’s style and though a very demanding person, we worked well together. His dedicated work effort — you could call it work-a-holic, matched mine and my many years with DFO and my contacts there coupled with his views on provincial fish issues helped create a good work dynamic.

Jim was always up for a good challenge.

The bigger and more controversial the issue, the better he liked it. And if the fight was with big fish companies — especially those from the mainland — think Nickersons and National Sea, or the federal government, he was in his element.

In those situations, he could ably demonstrate his passion for local fishermen, plant workers, their communities and the whole province. We should all remember the difficulties of the Atlantic fisheries in the early-80s and the appointment of the task force by the federal government to “navigate troubled waters” and come up with a new policy as outlined in the Kirby Report of 1982.

It was here that Jim on many occasions, directly or indirectly through officials, made every effort to protect provincial jurisdiction and have a fishery that we could be proud of. It was not easy convincing federal officials of our special place in the Canadian fishery, but champion Jim fought the necessary battles with vigor.

His efforts as the president of the Rural Rights and Boat Owners Association again portrayed him as a passionate advocate for rural residents in particular. He was fighting for fairness in the recreational/food fishery for cod since in the Maritimes they could catch 10 fish a day for 193 days and we were restricted to five fish per day for 33 days.

His quote from the summer of 2013 rereferring to the federal government reflects his passion: “We thought we were going to be treated equally. We believed them. This is unfair treatment. We’re all Canadians. It’s discrimination, there is no other way to describe it.”

His strong interest in the media and a continuing instinct to be seen as helping “the little guy” produced some interesting discussion. While many can lay claim to the term “political junkie,” not many could combine that with being a “media addict” which Jim was.

A couple of examples from his office would amplify this fact.

Staff would prepare press releases in those days (no big cadre of political staffers in the early 80s). Most would be geared for Friday release (three days of media). Then the call came from one of his secretaries — Donna or Gertie — the minister wants you.

Off to his office to be greeted by the comment “Ray a wonderful press release, but there’s not a trace of political phrases or sentences in it, please have it revised along those lines.” Then he’d laugh and say there’s a few votes in there now.

If away from the office for a while, he always wanted to know his telephone calls. He was especially interested in getting the list pertaining to the media. He used to say, “it’s hard to answer all the calls on a timely basis (but I believe he answered everyone) but I can reach out via the media to update all the crew now.”

Jim of course continued his media efforts long after getting out of politics/government, since he was a favourite caller to all talk shows.

People all around looked forward to his views on many topics and after he was sidelined with medical challenges many would ask me “What happened to Jim, he doesn’t call in anymore?”

Here, I’m reminded of his song writing and singing efforts on behalf of the Cancer Society — as done by Voices in The Wind on YouTube.

Jim had other interests beyond politics and the media. He loved travel and was very creative in combining his interest in fisheries with an opportunity to attend meetings on the topic and visit other venues, especially outside the province.

How can I forget the 39th meeting of the Fisheries Council of Canada in Vancouver in 1984? In planning our attendance, he noted that the annual meeting of the U.S. fish companies and National Fisheries Institute was scheduled for Honolulu shortly after the FCC session. He said, “we are going there Ray, so you start the planning.” With some trepidation about justifying a trip to Hawaii, I proceeded.

Well what a memory as we attended that session, took in a Tina Turner concert and had a Newfie night along with some 30 or so N.L. fish types in the penthouse of the hotel.

I now want to offer a few comments on Jim the person.

He was very supportive of his staff, personally helpful, kind and interested in their families. While the best-dressed politician in town, he seemed almost unapproachable, but was very much down to earth. And yes, he could be very tough in his approach to issues and people, we all knew his bark was bigger than his bite.

He did not hold grudges and I am possibly the best example to offer that comment. Some of you recall the “file shredding controversary” of 1985 when Jim accused me and my two accomplices, Donna and Gertie, of destroying some of his files left in the department’s office after his resignation. After the House of Assembly investigated the matter and concluded that it was all a genuine mistake, we continued as good friends and not once did the matter resurface again.

Finally, I want to say that my few visits to see him at Pleasant View Towers this year were always uplifting as we revisited of old times and had a good laugh. My final chat with him was to go to the chapel where he was attending a church service and walk back to his room with him.

While I did not know him as a deeply religious person, he had good spiritual attributes. So, I say “well done thou good and faithful servant.”

Denise and Kim, I want you to know that Jim was a pleasure to work with and I, like many others am very glad to have had the privilege.

My effort as a bureaucrat to portray Jim is complimented best by his former fellow cabinet minister — Tom Rideout and his big boss Premier Brian Peckford.

Tom said “If politics is the practice of the art of the possible, then Jim Morgan was master of the possible. He practiced politics with the precision of a surgeon and the skill of a lawyer — though he was neither.

But Jim had the instinct, the sureness of feel that gave him the ability to connect with the ordinary individual — an instinct that is the hallmark of a successful politician. Jim knew deep within his spirit what was important to rural Newfoundlanders and Labradorians. The ebb and flow of the fishery, the mindless agony of resettlement or the struggle to just hang on against the odds were the triggers for his determination to in the words of Lord Tennyson — ’to strive, to seek, to find but not to yield.’

This was the tenacity he showed around the cabinet table, in federal-provincial consultations on matters related to the fishery in particular and to anyone who would dare suggest that this province was somehow less than equal with all the other provinces.

But he would want no more than to be known as a true Newfoundlander, a rural Newfoundlander because he believed in the depths of his being that that was what made us tick.”

Former Premier Peckford added: “Jim Morgan was a rebel — with a cause. That cause was the fishery of Newfoundland and Labrador.

He was in his glee in that portfolio and did not want to be moved from it, come what may. And we all know, long after he left active politics, he was a frequent guest on the radio lines expressing his strong views on the topic for all the province to hear.

He was an effective advocate. I was often reminded of the fact when he attended conferences of fisheries ministers. Other ministers and attendees would often relate to me later how impressed they were with his passionate defence of the province being involved in the fishery and for his advocacy of the inshore fishery and the individual fisherman. The province has lost a true champion.”

No Replies to "Jim Morgan: A Rebel with a Cause"