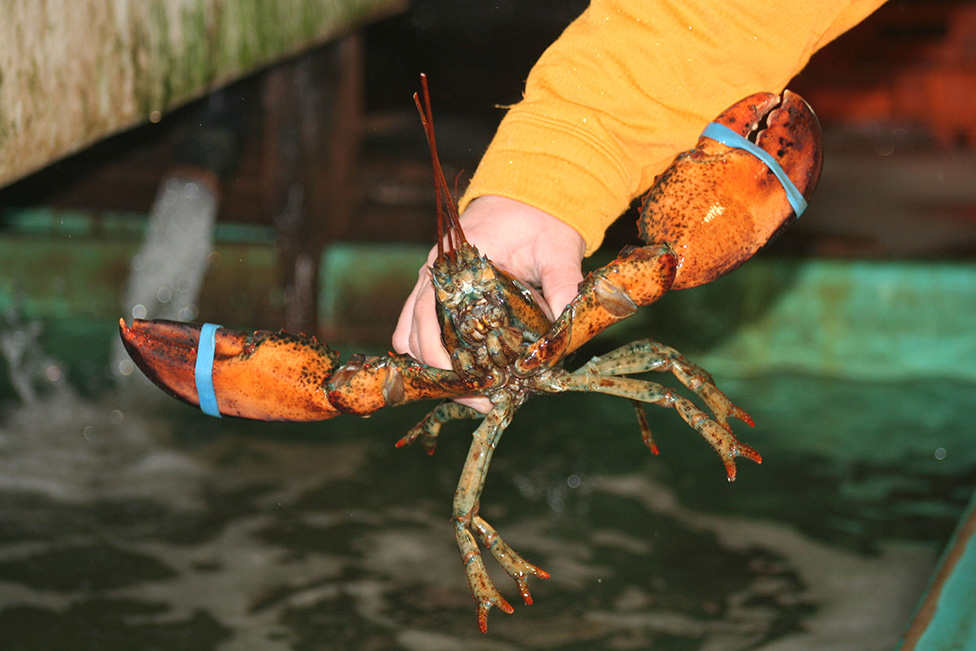 Keeping the Home Fires Burning in the New Year

A climatologist recently stated that one of the impacts of global warming would be shorter winters for countries like ours.

The last week of November and first week in December readily brought that to mind as temperatures in my part of Nova Scotia, on more than a few days, hovered in the double digits.

Lawns seemed to beg for yet another clipping and teens whipped out their stored, cut-off jeans to pay homage to the sun.

This could come at a price for the lobster fishing industry in these parts, as a great deal of emphasis is placed on the importance of the Christmas market in the United States as a main generator of this industry in LFAs 33-34. Who knows, down the road, the Chinese New Year may be the holiday of choice for Nova Scotia live lobsters.

Temperatures in the Gulf of Maine were at nine degrees the first week of December. They’ve been on the rise here for the past decade. Tests by the Fishermen and Science Society in waters off western and south western Nova Scotia showed soft shells into November.

Soft shells means the animal wouldn’t be able to survive the rigors of long voyages.

The problem was especially noticeable on the offshore grounds — areas 20 miles out and beyond. It cannot be denied that even deep water in the Gulf is warming up.

The word after just a few days of fishing in LFAs 33-34, was the soft-shell problem was indeed more prevalent in deeper waters.

The fishing gods were again kind to LFA 34 this year, blowing up one storm or another which delayed dumping day by six days. The wind kept blowing until Dec. 3.

I phoned Ashton Spinney on Dec. 2, an old friend, for his take on the fishery up to that point.

The reception on the phone was clear; no background noise of diesel engines, pounding waves or chattering fishermen.

I knew diesel prices were high but running a lobster boat on wood seemed a bit far-fetched.

“No. Had to give it up last spring. My hip and legs were giving me trouble,” he explained.

This was the first time in 57 years that Ashton hadn’t used his lobster fishing license — 57 years.

His son took over the rig and was laying-to at the time, waiting out a strong breeze which came out of the westward and dropped temperatures from 12 to -2 degrees overnight.

They were fishing on Jacquard’s Ridge, a few miles from Lobster Bay which abuts the Spinney’s home base of Argyle.

While he isn’t fishing he did help in getting the gear ready for the season.

But now fire wood was on the agenda.

One of the most pressing problems facing the industry in the new year — for both harvesters and buyers/packers – is the labour shortage.

Changes during 2014 by Ottawa on the foreign worker issue were detrimental to the industry as a whole and could, if it continues, place the industry in an unfair trading position on world markets.

While countries we compete with in these markets employ foreign workers, the inability to reciprocate could drive us out. And this is coming at a time when Canada is on the verge of completing a trade agreement with the EEC.

Ottawa doesn’t or will not try to understand the predicament in Atlantic Canada when it comes to the fishing industry. It is highly seasonal and in the case of the harvesting sector, demands able-bodied people.

The labour pool in coastal communities is disappearing as the young are either being educated and choose to work elsewhere or those, who in previous eras would have manned fish plants and fishing boats, are migrating out west for better paying jobs.

The lame excuse that if the industry paid better, the locals would stay, doesn’t hold water because the end-product wouldn’t stand a chance in the global marketplace because it would be too expensive.

One only has to look back a few short years at the salt fishing industry. Once a thriving endeavour in the four Atlantic provinces, it’s now a mere shadow of itself namely due to the collapse of cod stocks and the emergence of China as a direct competitor.

The Chinese managed to produce the same product (using Bearing Sea pollock) processed by Nova Scotia salt fish producers and are selling it here at about 30 to 40 per cent cheaper.

How could they do this and still make a profit? Their labour costs are a mere pittance when compared to what is paid on our shores.

Another issue which I hope gets a fair airing is the generic marketing proposal for Canadian lobster, which would be paid for by harvesters and buyers through a levy.

The process stalled at the end of the year for a number of reasons, chief of which was the three Maritime Provinces had yet to introduce legislation making this legal.

What is needed is an explanation of where the money collected from the levy will actually go. The Lobster Council of Canada is working on that exact thing, but the harvesters and processors/buyers need to be fully informed of just what a generic marketing program is and what it could mean for them in the future.

The fact the industry is so diverse poses a problem in this regard. You have some companies who are doing their own marketing in China with fantastic results. Some companies in western Nova Scotia are now targeting China and Asia as their main points of interest.

The diversity of the industry does pose a problem when trying to come up with a scheme which satisfies all. There are processors who deal with frozen lobster parts and other with the fresh market only. There is a segment that is only concerned with delivering the product from the trap to the wharf and others who take it from there.

All these various segments have to be convinced a generic marketing scheme will work and is worth a penny a pound.

Distress Flares: The Low-Tech, Last-Ditch Option That Might Just Save You