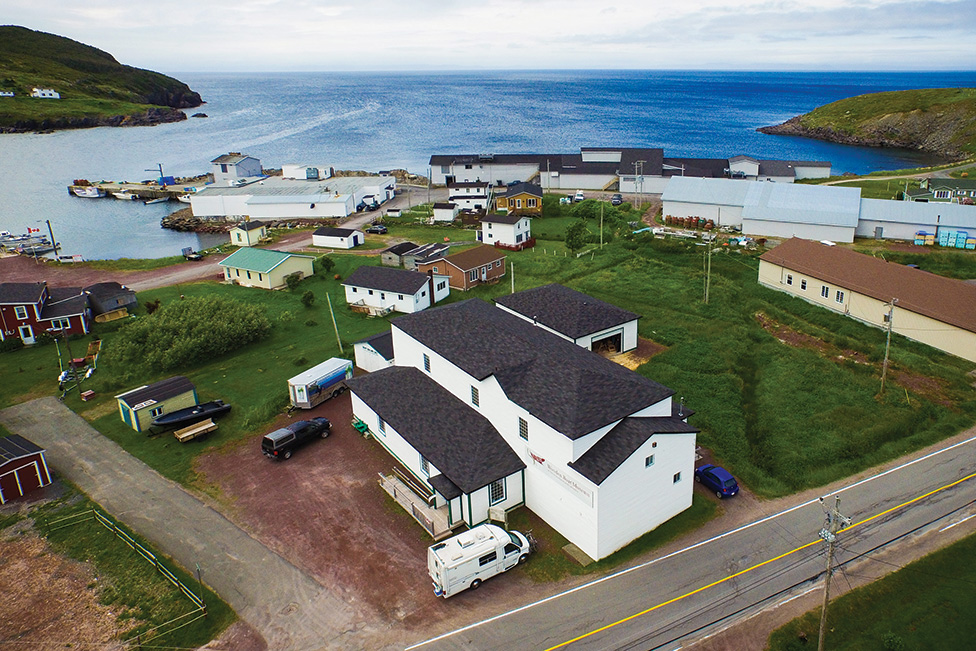 Located in Winterton, Trinity Bay, WBMNL first opened its doors as the Winterton Boat Building and Community Museum in 1997, but its roots can be traced back even further. For generations, wooden boats were essential to a life alongside the sea. Small inshore boats were necessary to carry out a livelihood in the fishery. In the days before roads, they were required for travel within and between coastal communities near and far. For children, they were a source for fun and recreational rowing with friends around the harbour.

Since the mid-1900s, a number of factors have led to the decline of wooden boats. As a result, those who learned the art of wooden boat building from generations before them no longer have the opportunity to pass on their skills. As they age, this rich heritage is in danger of being lost. 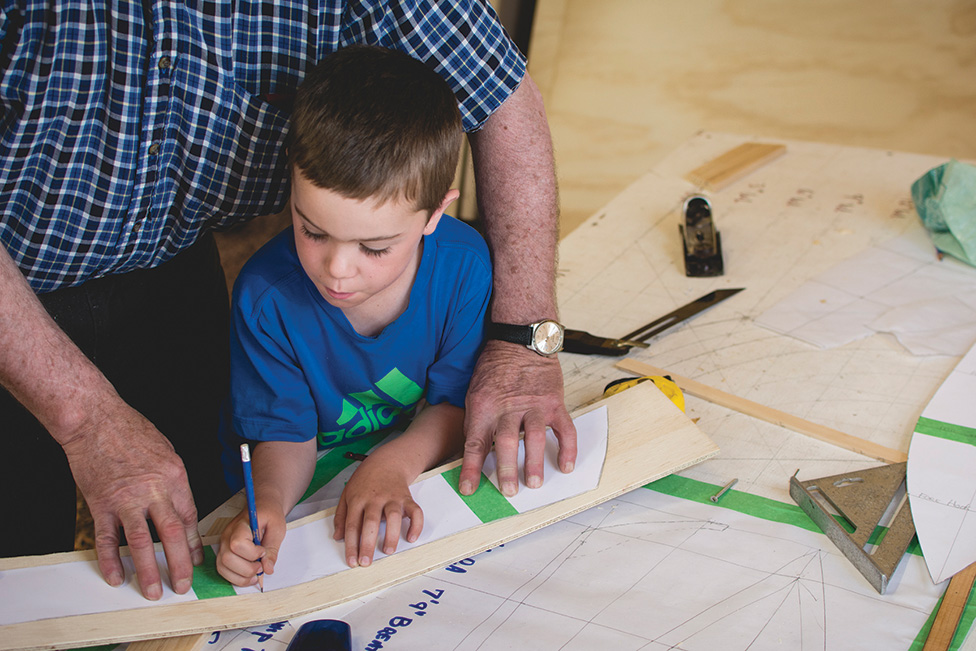 In the late 1970s, Winterton’s harbour, like many others, was filled with wooden boats and the fishery was active. Boat builders could be found in stages and sheds throughout the community, working on punts and speed boats for the upcoming fishing season. Their skills were transmitted orally, typically learned informally while sons and nephews helped fathers and uncles build boats. These skills continued to be passed down over time, with each generation making their own modifications and improvements to the designs and techniques.

Because of this informal transmission of skills, very little of this valuable knowledge was ever documented or recorded. For these reasons, David Taylor, a graduate student from the Department of Folklore at Memorial University, decided to dedicate his thesis research to wooden boat building traditions. He selected Winterton for his field research and spent the next two years with local builders, documenting the design, construction and use of their wooden boats. “I went there because I was interested in doing field research about wooden boat building, and I’d been told that Winterton would be a good place to do it. It was a place where many men knew how to build inshore fishing boats, and build them well,” said Taylor.

Taylor didn’t know it at the time, but he was documenting a tradition that would soon be threatened by a number of colliding factors. The industrialization of the fishery and introduction of new buildings materials, such as fibreglass, lessened the demand for wooden boats. The moratorium on the North Atlantic cod fishery in 1992 altered the cultural landscape of the entire province, further contributing to the steady decline of wooden boats and those who built them. 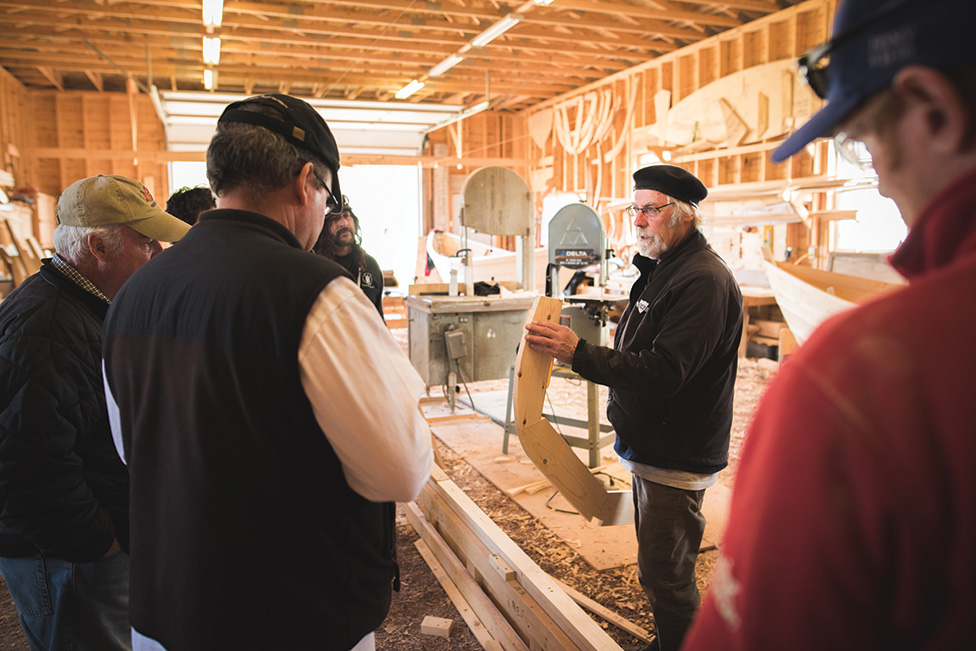 The beginning of the Wooden Boat Museum can be traced back 20 years, when the Winterton Heritage Advisory Board put together a display for the 1997 “Come Home Year” celebrations. As part of this display, the work collected by David Taylor was exhibited amongst artifacts collected from the community at the Parish Hall. What began as a heritage display scheduled to be shown for ten days in July, was so well received by the community that it became a permanent museum.

Two community members, Walter and Betty Tucker, purchased a building, a former schoolhouse, from the Parish and donated it to Town of Winterton to use as a community museum. “We wanted to focus on something in particular, so that we would be different from all the other community museums,” said museum founder Melvin Green.

With Taylor’s work, they recognized the value of the town’s wooden boat heritage and decided to use his research as the basis for the exhibits. Taylor was contacted and agreed to share his photos, interviews and boat documentation with the Museum. “Sharing this information with others is a big reason why folklorists like me do the work we do,” he said. “It would be a way for me to thank the community that had been so generous.”

From the very beginning, those behind the Museum recognized that the skills and knowledge of building and using wooden boats were disappearing. They dedicated themselves to fostering the transmission of these skills to younger generations. “With David’s work, we realized the importance of it; the importance of it to Winterton boat builders; the importance of it for the province. It wasn’t long before we got thinking that this was a provincial story,” said Green. 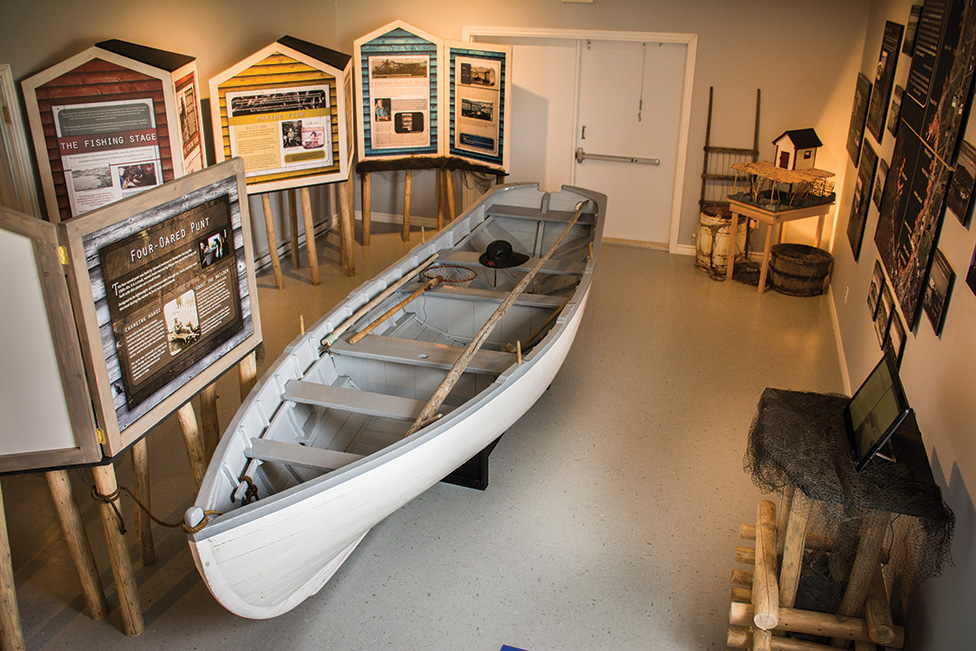 WBMNL has grown from its community roots into a provincial organization with a mandate to document, celebrate, transmit and support building and using wooden boats. Aware of its uniqueness as the only wooden boat museum of its type in the province and committed to preserving the knowledge of boat building throughout the island, the Museum developed a Documentation Program. Since 2011, researchers have travelled across the province interviewing and learning from boat builders, fishers and their families to document wooden boat design, construction and use. They conduct recorded interviews, take photos and videos, lift lines and take measurements from boats to aid in the preservation of all aspects of wooden boat life.

The research collected forms a basis for new exhibits, developed for display at the headquarters in Winterton as well as the community exhibits in Twillingate (St. Peter’s Anglican Church Hall) and Trinity (Court House). In addition, WBMNL offers travelling exhibits for rent, providing an opportunity for other museums to tell a piece of the boatbuilding story.

Continuing to encourage the transmission of these historic skills, WBMNL has developed the “Heritage Skills Challenge.” This experience is designed to connect participants with traditional boat building and fishing skills of Newfoundland and Labrador. Launched two years ago at our annual conference in Harbour Grace, participants formed teams of six people to take part in six challenges: knitting a fishing net, tying a withe, rowing and sculling a punt, hauling a lobster trap and filleting a codfish. The Challenge was held again the following year in Petty Harbour as part of our Wooden Boat Heritage 2016 event, with expanded offerings and participation from tradition-bearers as far away as the Basque Country. 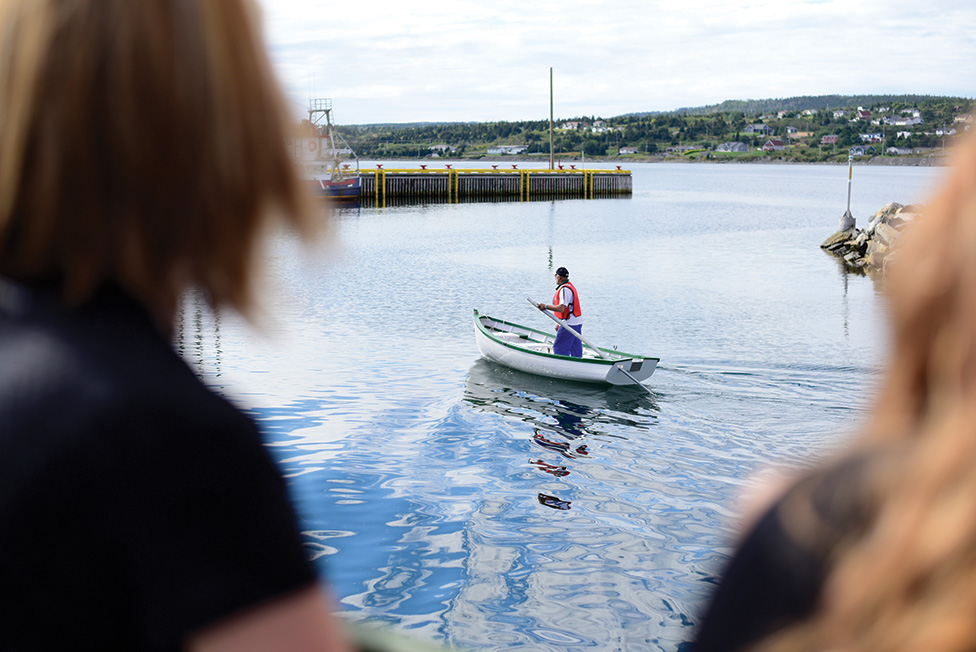 As a key tourism destination in the province, WBMNL offers a variety of boat building experiences for visitors, who can sign up to take part in workshops with our boat builder Jerome Canning. With two five-day workshops focused on dory building and two five-day workshops focused on punt building, visitors and local residents receive step-by-step instruction on the process of building a wooden boat. The Museum also offers one-day workshops on Saturdays, and a children’s workshop on Thursday afternoons throughout  July and August. Further information can be found on our website listed below.

Earlier this year, WBMNL took our boat building workshop on the road to the Trails, Tales and Tunes Festival in Gros Morne National Park. Jerome and Jeremy Harnum, Assistant Folklorist with the Museum, headed to the west coast in May to offer visitors the opportunity to take part in building a dory. This marked the beginning of an exciting new partnership with Parks Canada.

As WBMNL continues to grow, our board, staff and volunteers remain dedicated to safeguarding the skills and knowledge of Newfoundland and Labrador’s wooden boat building traditions and tradition bearers through documentation, boat building workshops, exhibits, conferences and various other endeavours. A newsletter published quarterly keeps Friends of the Museum abreast of the activities taking place and events planned for the future. Reflecting on how far the museum has come, the board and staff look forward to the many exciting plans and new opportunities on the horizon.

Visit the Wooden Boat Museum online at woodenboatnl.com or take a trip to the coastal community of Winterton, Trinity Bay South, to experience Newfoundland and Labrador’s wooden boat heritage.