Most businesses use a few key performance indicators (KPIs) to assess how well they are doing in meeting important objectives.

In previous columns, I have discussed the fact that we have a serious productivity problem in the capture fishery in Atlantic Canada. Productivity is a good example of a key performance indicator, but there are others.

For example, an important KPI for the Icelandic fishing industry is output value per kilogram of catch. The industry in Iceland selected it as a key overall measure of success some years ago and Icelanders have steadily worked toward improving it ever since. Because of that, customers are now better served, harvesters are paid more for their catches, plant workers are paid better wages and companies enjoy a strong level of profitability. Not only that, but there have been spin-off benefits in the broader economy, as research and development have led to new products and services now being sold internationally. 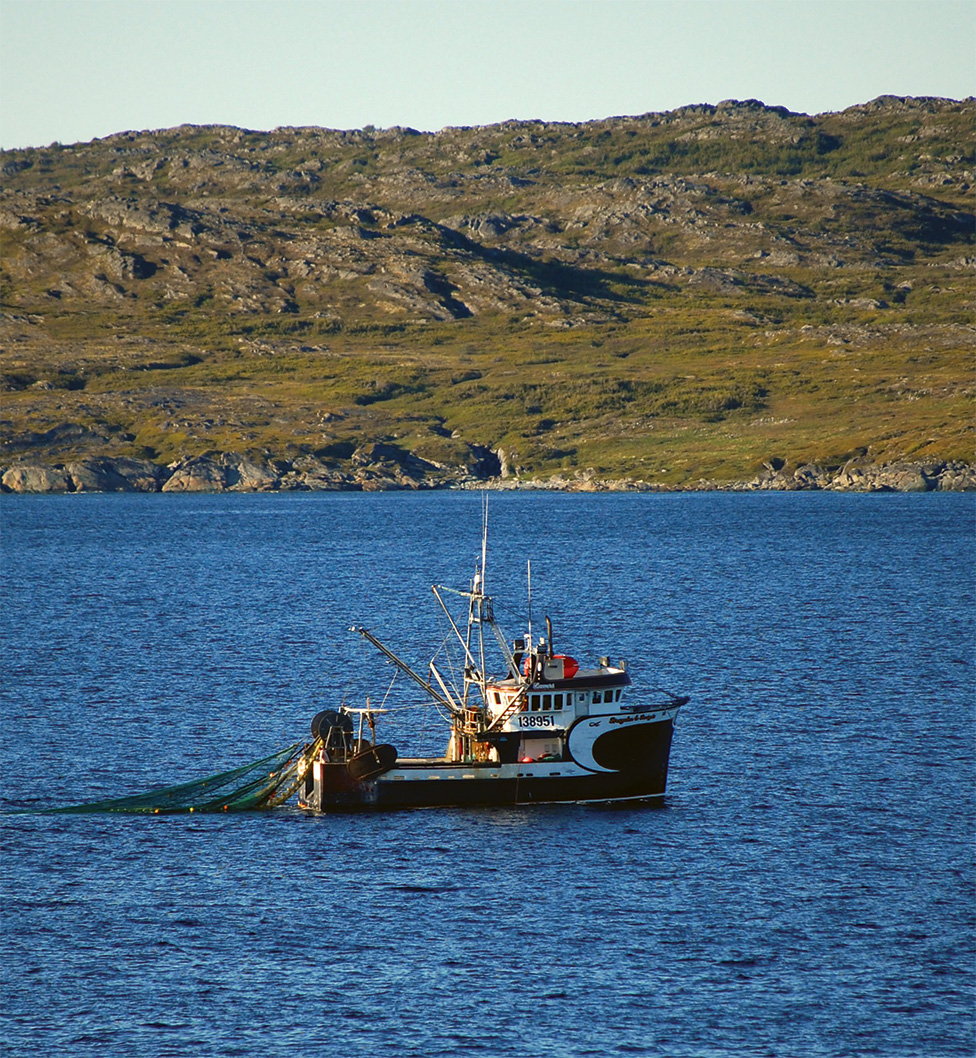 What puts any measure of performance into the category of key performance indicator is its importance in determining whether a business is successful. And there are different ways a business can achieve success.

For a customer-focused business, such as a retail store or restaurant, customer satisfaction is critical to success. But what does it take to satisfy the customer — offering products that are very high in quality, having products available when the customer needs them, or selling at the lowest possible price? All these things typically cannot be achieved at once, so understanding the priorities of the customers you are targeting and measuring performance in achieving them is likely to be critical to attracting and keeping customers.

That is why the T. Eaton Company, a successful Canadian retailer for a long time, had the slogan, “Goods satisfactory or money refunded.” Wal-Mart used the slogan “Always Low Prices” for many years but recently changed to “Save Money, Live Better” because it wanted to convey the idea that it wasn’t just about low prices.

On the other hand, a business in a very competitive industry may focus on operational efficiency as a key to success. Another one with a high capital investment in fixed assets, such as an electric utility or a hotel, is likely to focus on how well the capacity provided by those assets is utilized.

As this illustrates, the choice of indicators to focus on can vary from one industry or business to another and may even change from time to time, depending on changes in circumstances and priorities. Some KPIs — such as sales revenue or gross margin — can be taken from financial statements, but others may be measures of physical activity, rather than financial in nature, or a combination of the two, like output value per kilogram of catch.

Choosing the right indicators is as much an art as science, but it requires great care. Whatever measure is focused on is likely to improve. But others that get less focus are likely to be neglected.  If the neglected things are actually rather important, they can ultimately cause a business to fail.

Unfortunately, that has been the case in the capture fishery in Atlantic Canada.

In the fishery, at least four aspects of performance are critical to industry success.

First, because the industry exports practically all of its production to international markets, its competitiveness in those markets is extremely important.

Second, the industry is a business, so its profitability determines whether it can be viable and attract new investment.

Third, that business is based on utilizing renewable fish resources, meaning that the sustainability of those resources over time determines its viability both now and into the future.

Fourth, the resources are publicly owned and managed, so the social benefits that flow from them are a significant factor in decisions about who has access to the resources and on what terms.

So what can industry performance tell us about how we are doing relative to these success factors?

For a period during the mid-to-late 1980s, Canada was the largest exporter of fish products, by value, in the world. However, quota cuts and the moratoriums imposed on fishing various groundfish stocks during the 1990s brought that to an end.

In 2012, we ranked 7th, just below Chile, with exports only 23 per cent of those of China, now by far the world leader. However, we slipped to 9th in 2013, as India and Denmark both moved ahead. We slipped further, to 10th, in 2014, when the Netherlands also went ahead of us.

It is worthy of note that Chile, Denmark, and the Netherlands are all much smaller countries than Canada, in terms of population, land mass and length of coastline. Norway is the second largest global exporter, with exports more than double those of Canada. And Denmark, the Netherlands, and Norway are certainly not noted for being low-wage countries like China.

If these aren’t indicators that the world of seafood and our place in it have changed dramatically, I don’t know what is. In short, our steadily diminishing share of global markets indicates our international competitiveness is weak and getting worse.

According to a recent analysis by Agriculture and Agri-food Canada, the ratio of net profit to total investment in assets in Canada’s seafood industry was less than three per cent for seven of the 11 years from 2002 to 2012 and between three to four per cent for the other four years.

In 2005, the industry as a whole had a net loss. These returns on investment are very low for a high-risk industry, typically less than the cost of a bank loan, even when interest rates are at extremely low levels.

An analysis of profitability in Newfoundland’s harvesting and processing sectors in 2011 similarly showed very poor levels of profitability. And the whole lobster sector struggled with poor prices and profitability for about five years following the financial crisis that began in 2008.

These low levels of profitability make it difficult to attract new investment in the industry. On the other hand, anyone already invested in the industry has little choice but to carry on, because it is difficult to sell plants and processing assets to anyone else.

We haven’t had a good track record in ensuring the sustainability of our resources, either.

Groundfish stocks off Canada’s east coast essentially collapsed during the late 1980s and early 1990s, leading to the quota cuts and moratoriums referred to above. Currently, we are suffering through a period of decline in some of the shellfish resources we have depended on since then — notably, shrimp and crab. In 2004, Canada’s capture fishery harvested 1,172,578 metric tonnes. The catch decreased to 862,365 tonnes in 2014, 26 per cent less than the take 10 years earlier.

The net result has been that Canada’s ability to supply fish and seafood has decreased as market demand for those products has been increasing rapidly. That is why other countries have been able to position themselves better and move ahead of us in the rankings of global exporters.

Consequently, a lack of sustainability of our resources has clearly been a factor in our weakening competitiveness.

Certainly, global warming and climate change have been important factors in our decreasing catches, but we have also been very hesitant about cutting quotas as resources diminish, because of the impacts on industry profitability and social benefits that flow from the harvesting effort. We have repeatedly taken short-term gain for long-term pain.

Some industries, such as forestry, mining, and petroleum, gain access to publicly-owned resources by paying royalties to the different levels of government that they can use to invest in new infrastructure or carry on operations. In the fishery, however, the social benefits from our resources have been taken in the form of jobs.

Indeed, following the advent of the 200-mile limit in 1977, which happened to coincide with the coming of age of the baby boom generation, which needed jobs, a large part of the focus was on providing as many jobs as possible from the fish resources available. Our industry has even remained labour-intensive since China and a few other countries have risen to prominence in international markets for seafood by importing raw materials for processing with cheap labour and re-exporting the products to new markets, including Canada. Because our labour-intensive processing cannot compete with labour-intensive processing in lower-wage countries, substantial quantities of our diminishing fish catches have been sent elsewhere for processing.

For all the reasons outlined above, the jobs in our industry have proven to be uncertain, seasonal, and low-paying, as the industry has struggled against international competition and a diminishing resource base. And it should be no surprise to anyone that a labour-intensive, export-oriented industry with weak international competitiveness, poor profitability, and decreasing raw material availability also provides poor job security and pays low wages.

We are now at a point where the baby boomers are gradually moving into retirement. The younger generations are fewer in number and for understandable reasons, not attracted to the wages and working conditions the industry offers, so the supply of labour it needs to operate is steadily diminishing over time. That means social benefits in the form of jobs based on our fish resources are diminishing, as well, and will likely continue to diminish in the future.

As the foregoing discussion indicates, we have not performed very well on four key measures of industry performance.

Essentially, everyone is losing — customers, the public owners of the resources, the harvesters who catch the fish, plant workers and investors in industry assets.

But we have reaped what we have sown. For some time now, I have been saying we could eventually lose the industry due to lack of interest, because no one will want to invest in it and no one will want a job in it.

That is why we need to focus on building a better future as we contemplate the need for change in Canada’s capture fishery. There is a way to do it — the same way Iceland has found — by changing our focus to maximizing output value per kilogram of catch as a key performance indicator that can motivate everyone and benefit everyone. When we maximize output value per kilogram of catch, there are no losers, only winners.

No Replies to "Key Performance Indicators"