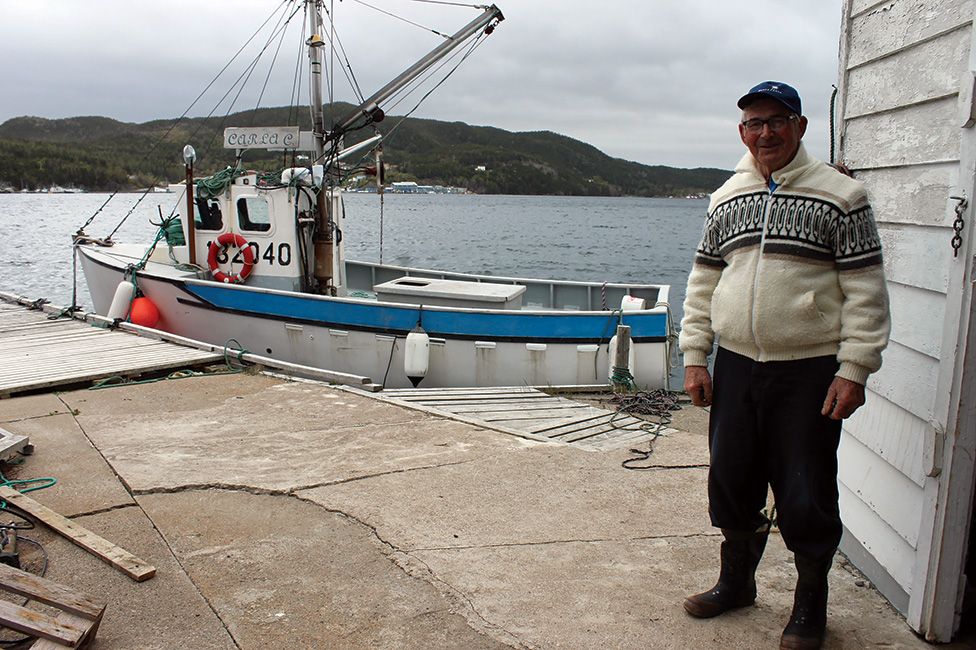 Austin King has been a full-time fisherman for 75 years.

The hard-working, small-boat fisherman is in his 80s now, but his peers need to get up very early in the morning to beat him to the fishing grounds. And, often when many figure it’s too rough to go on the water, you will find Austin steaming out from his homeport of Hickman’s Harbour, Newfoundland at the crack of dawn to check his nets or haul lobster pots or crab traps.

Hugely admired and respected by fishermen in his region for his tenacity and his innate ability to be among the best of the best at his craft, Austin does his work quietly, asking nothing from anyone and treats everyone kindly. He is what most Newfoundlander’s call “the salt of the earth.”

He laughs when asked if he’s considering retirement.

“I suppose I will sometime,” he says with a tone seemingly oblivious to the fact that he is just weeks away (at the time of this writing) from his 84th birthday and why that would be relevant to the retirement question.

Sitting with Austin and his wife of 62 years, in the kitchen of their cozy bungalow in Hickman’s Harbour is pure joy. Madeline (Winsor) grew up in Wesleyville, and went to Deer Harbour, as a teacher in 1954. She met Austin shortly after arriving there and it was love at first sight. The two married a few months later. 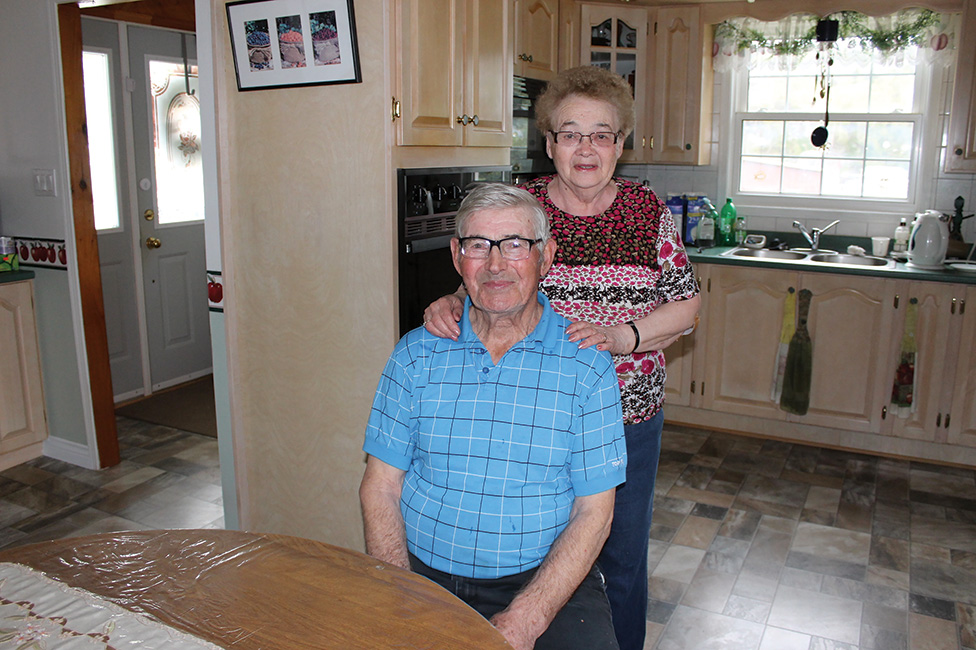 Madeline taught school for a while, but decided she would rather work with her husband so she quit teaching and went fishing with him.

“She fished with me for 45 years,” Austin says with a glowing, infectious smile.

Listening to Austin recall a few of the countless yarns spanning 70-75 years fishing, takes you back to a time when life was simpler.

He regales about growing up in Deer Harbour, fishing with his dad when he was barely big enough to climb from the wharf onto a boat.

In the 1940s, Newfoundland boys from fishing families often quit school at age 10 or 11 to go fishing with their fathers to help pay the bills. Austin was from a large family and he was no different. He became a full-time fisherman at 10 and, as was expected of him, worked as hard as any adult in the crew.

Austin describes his father as a quiet but very stern man who didn’t need to say anything to let you know who was boss.

“He’d just give you that look and you knew you had better start workin’ harder or else there would be trouble,” Austin smiles.

“But, he only smacked me once. We were throwing off a herring seine and I guess I was foolin’ around or something and not working fast enough for his liking and the next I knew I had a smack upside the head — but that was the only time he touched me.”

Austin laughs at the memory today, adding that he never gave any of his crew a smack.

“I didn’t need too; they were good workers,” he says.

Austin and Madeline lived a simple but pleasant life, working hard and raising their two daughters.  Austin built trap skiffs and punts and when he and Madeleine married, they built their house from the ground up. 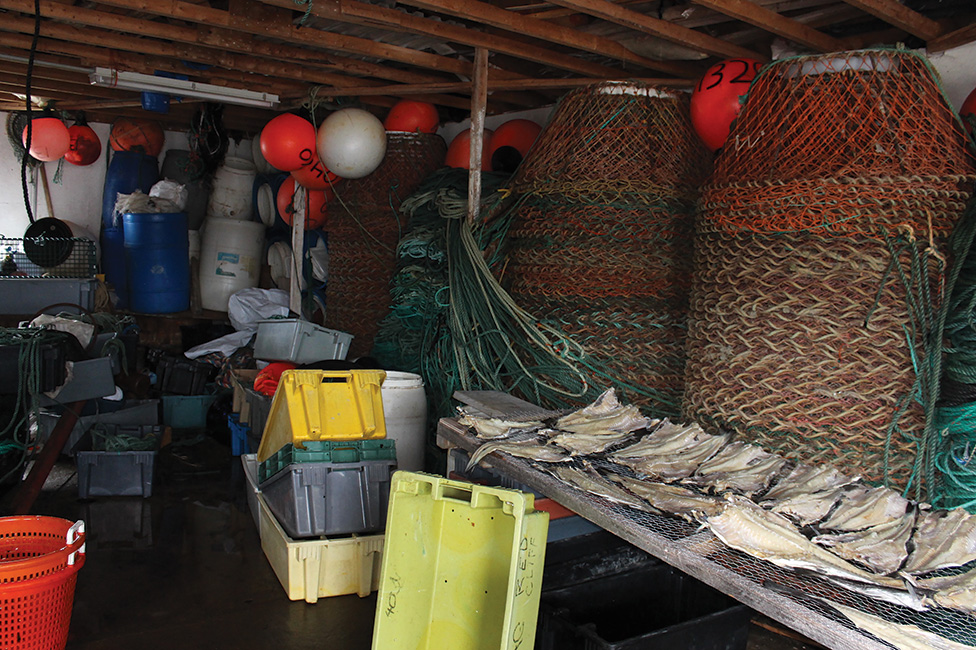 “We didn’t know what we were doing half the time, but after working all day, we’d build all night,” Austin says, once again flashing his trademark grin.

Austin was forced to adapt several times to the changing fisheries over his career of more than seven decades.

In the 1940s through to the 1980s, they fished 11 months a year, hauling up the boat in February for painting and maintenance. They fished herring, mackerel, lobster and cod. After the cod moratorium in 1992, he replaced cod with crab and still works as hard as ever.

Austin’s stories range from losing the same crewmember overboard on three occasions and hauling him back onboard each time, to having one of his fingers torn off by a rope attached to sinking lobster traps to the frustrations of oppressive rules and regulations enforced by a few over zealous fisheries officers these days.

Fishermen in nearly every port in Newfoundland and Labrador have stories about heavy-handed fisheries enforcement people, but Austin King has a story that is possibly unmatched. If it weren’t so pathetic, it would be funny.

Austin was lobster fishing with his grandson Craig and, as they often did, he was in a speedboat hauling traps while Craig stayed onboard the longliner doing other work.

One day in spring, 2014, things were going as usual when Austin noticed a couple of lobsters appeared to be near the minimum legal size, but he needed to measure them for confirmation. He realized his measuring device was onboard the longliner, so he called Craig and asked him to bring the measure. Austin didn’t band the crustaceans in case they were below legal size. If they were below minimum size, he would simply place them back in the water alive in accordance with usual practices and as far as Austin understood, in accordance with DFO rules and regulations.

Before Craig could get to his grandfather’s speedboat, Austin saw a fisheries enforcement boat quickly heading toward him. Whether they had overheard Austin’s conversation with his grandson or whether their arrival was pure coincidence is not known.

When the officers arrived, Austin told them what was happening and explained that he had left his measure on the longliner and that Craig was on the way with the measure. He even asked the officers if they had a measure he could borrow to measure the lobsters in question.

The officers didn’t give Austin their measuring device, but rather, ordered Austin to hand over the lobsters to them. Austin complied and was told the lobsters were indeed undersized.

Still feeling comfortable that everything was fine, Austin thought the officer was joking when he said that Austin would likely be charged with possession of undersized lobster. The veteran fisherman was confused and shocked. He had done nothing wrong as far as he knew. He didn’t band the lobsters which meant he didn’t intend to keep them if they were undersized — he even placed the lobsters aside from those he knew were legal, so what could possibly be wrong?

That is still the question asked by fishermen and anyone else who knows anything about the fishing industry, especially the lobster fishery. Austin King, an elderly fisherman known to all his peers as a decent and honest man with an ever-present smile was charged for doing nothing wrong as far as they are all concerned.

But still, Austin, at 82 years of age at the time, feared being taken to court. He called his union for advice and received a rational response.

“Don’t worry about it,” he was told. It was too ludicrous to even imagine a judge finding him guilty of anything, the union rep suggested.

But, Austin wound up in court and because he was not an educated man he hired a lawyer.

To the absolute astonishment of everyone, Austin was found guilty of possessing lobster less than 82.5 mm in length. He was convicted in Clarenville Provincial Court on October 2, 2014 and fined $1,500. His lawyer charged him more than that for his services.

Austin was stunned by the decision but, more importantly to him, was deeply hurt that people would think he was a criminal or that he deliberately tried to get away with a wrongdoing.

“If I thought for one second I was doing something wrong, I could have easily thrown the lobster overboard when I saw the Fisheries boat coming. But I didn’t do that because I hadn’t done nothing wrong,” he says.

That incident, along with other occasions when fisheries officers have pulled up alongside his boat and made intimidating comments for reasons unknown to Austin, has left the elder statesman of his craft confused and almost afraid to go fishing anymore.

But then, the man who has braved fierce storms at sea and survived his share of injuries and water-haul seasons in his more than 70 years in the business views it as just one more gale and he still gets up at 4 a.m. every day to start another honest day’s work.

No Replies to "King of Hickman's Harbour"