Overall, it has been a tumultuous — and costly — 40 years, as we oscillated between tremendous opportunity and unmitigated disaster.

Forty years ago, we thought the 200-mile limit offered a huge opportunity. But the following 15 years brought little but trouble, culminating in a series of moratoriums on fishing the groundfish stocks that had been the industry’s main foundation for centuries. 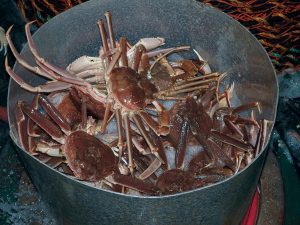 We were then fortunate to see a bloom in our shellfish resources, offering new opportunities. That didn’t turn out as well as we had hoped either and we are now seeing them diminish because of global warming. The good news now is that, as the shellfish diminish, groundfish are coming back.

Will we do better with the groundfish this time around? Maybe it is worth reviewing how we got to where we are today, to help find an answer.

In 1976, the year before the 200-mile limit came into effect, total reported catches in the Northwest Atlantic Fisheries Organization (NAFO) zone totaled 2,860,149 tonnes and landings in Atlantic Canada were approximately 800,000 tonnes, about 28 per cent of the total. The rest was taken by foreign fleets fishing off our coast.

In 2014, the most recent year for which data is available, catches in the NAFO zone totaled 524,000 tonnes, 82 per cent less than in 1976. The decrease was undoubtedly due to reduced fishing effort by foreign fleets but the reduced effort reflected reduced resources available to catch — not such a good thing.

Landings in Atlantic Canada during 2014 were 686,629 tonnes, about 86 per cent of the 1976 total. They were higher than those reported by NAFO, because landings from fish stocks completely inside Canada’s 200-mile limit do not fall under NAFO’s management regime. The bulk of the landings in recent years has been accounted for by shellfish species — notably lobster and crab — within the Canadian zone. This is in contrast to the situation in 1976, when the vast majority of landings were finfish species that migrated inside and outside the zone.

Fortunately for us, the species we depend on today not only do not come under NAFO’s jurisdiction but they are also much higher in value, so even though we catch less, our catches are worth more.

If the purpose of the 200-mile limit was to eliminate overfishing, ensure fish resources were sustainable, and increase benefits for Canada, it does not seem to have been a great success.

Overfishing continued to be a problem long after the 200-mile limit came into effect and caused ongoing reductions in the resources available to catch both inside and outside the Canadian zone. Of course, it is possible things might have been worse without it. 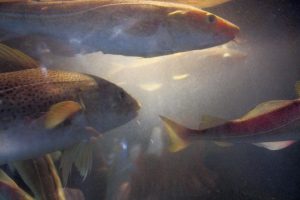 For hundreds of years, coastal states had sovereignty rights over small areas of their territorial seas — initially, those areas went out only three miles from land and later, they extended to 12 miles. Areas further out were the ‘high seas’ and they were open to anyone to navigate, fish, trade, travel, or carry on other activities. In the northwest Atlantic, for hundreds of years, fishers came from different countries — notably Britain, France, Spain and Portugal — to fish and bring their catches back home.

That was not so bad when boats were small and depended on sails for propulsion — there were few aids for navigation or fish finding, and fishing was very labour-intensive. However, the situation changed dramatically after the Second World War, when new technology tremendously increased fishing power.

Britain pioneered development of large, steel-hulled fishing vessels with powerful engines and onboard processing capabilities, capable of landing large quantities of fish, and sent them to fish on the Grand Banks. The Fairtry was the first, at 280 feet long and 2,600 tonnes gross weight, more than four times the size of other fishing trawlers commonly in use at the time.

By the 1970s, the Soviet Union had 400 such factory trawlers, Japan had 125, Spain 75, and France and Britain had 40 each, all fishing in Canadian waters. But by then the vessels were even bigger, exceeding 8,000 tonnes in weight.

Over a relatively short period, the factory vessels decimated the fish stocks through uncontrolled fishing. Canadian fisheries scientists estimated it took them just 15 years to match the 8 million tonnes of cod caught in the same waters between Newfoundland’s discovery by John Cabot in 1497 and 1750, a period of just over 250 years.

Catches peaked in 1968 at nearly 1.9 million tonnes of cod in the NAFO zone and then began to decline, due to the intense pressure of overfishing. That — and similar events in other parts of the world — led to widespread demands that something had to be done.

In 1967, the United Nations initiated a complex and lengthy process that ultimately produced the United Nations Convention on the Law of the Sea (UNCLOS), which eventually came into force in 1994. However, there were other developments while UNCLOS was being negotiated. In 1977, Canada claimed exclusive jurisdiction over fisheries within 200 miles of its coast and mineral resources on its continental shelf. That was similar to provisions in UNCLOS that would give each coastal state an Exclusive Economic Zone (EEZ), extending out 200 miles from its coastline. Canada signed onto the Convention in 1982 and ratified it in 2003.

Because UNCLOS was still in development during the mid-1970s, Canada could extend its jurisdiction in 1977 only by entering into international agreements that recognized its jurisdiction — specifically, agreements with the countries that had historically fished in our waters and participated in what was then known as the International Commission on Northwest Atlantic Fisheries (ICNAF), which later became NAFO.

Those agreements also created obligations that Canada would recognize historical fishing rights of other countries and make available to those countries any fish that were surplus to Canadian needs. However, there was still the problem that the continental shelf extended beyond the 200-mile limit in some places and many fish stocks straddled the boundary, so they could be caught inside or outside. 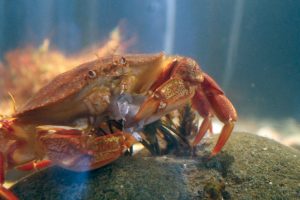 Although Canada’s new exclusive jurisdiction over fishing within its EEZ had some flaws, it led to a lot of optimism about the future of the fishery.

With the foreign fleets no longer able to take the huge catches they had taken over the previous 25 years, it was widely believed that Canada could expand its fishery right away and under good Canadian management, the fish stocks would grow, allowing even larger catches in the future. This opportunity also happened to coincide with the coming of age of the large baby boom generation and they needed jobs.

Governments saw the industry as a good way to provide those jobs. In short, the advent of the 200-mile limit was expected to provide a lot of benefits to a lot of people.
Canadian governments at the federal and provincial levels and our fishing industry were all determined that no fish in our zone would be surplus to Canadian needs, to keep the foreign fleets out. A concerted effort was made to build up our capacity to catch and process fish, with a lot of new fishing vessels and processing facilities being constructed, usually supported by generous financial assistance from government.

Unfortunately, things did not turn out as expected.

Our industry expanded but the fish stocks did not, something that became apparent in 1987, leading to several years of steadily reduced fishing quotas and, ultimately, a series of moratoriums on fishing different groundfish stocks, starting in 1992.

Part of the problem was lack of good information about the state of our resources when we got the 200-mile limit. Another part was continued overfishing of the resources outside the EEZ by foreign fleets and inside by Canadian fleets. And the third element was cooling water temperatures that made it difficult for our important commercial species to feed and reproduce, a serious issue when fish resources were already greatly diminished.

This is part one of a two-part column. Part two will be in next month’s issue.

Groundfish Forum May be Too Pessimistic on Atlantic Cod