Living on the Edge

According to the Collins English Dictionary, “living on the edge” means “taking a risk above and beyond what most people would do, pushing your horizons, be it physical, mental or otherwise.”

It goes on to say that “This is a common trait among daredevils and over-the-top sports enthusiasts.”

The dictionary might also have said it is a common trait among those daredevils who work in the fishery in Atlantic Canada.

Other than fish, risk is probably the dominant characteristic of the industry. There is risk at every level — markets, prices, currency exchange rates, resources, environmental conditions, harvesting, processing and finance. Any one of these factors can change for better or worse.

Even if only one of them is working against us at any given time, it can be enough to make life difficult for many people. It is not an industry for the faint of heart.

A good recent example was the announcement that quotas for the inshore fleet would be cut by nearly 63 per cent in Shrimp Fishing Area 6. To compound the problem, crab quotas were also cut by 22 per cent in the areas around Newfoundland and Labrador, affecting an even larger swathe of the industry.

Combined, these reductions will have widespread devastating impacts on the industry, the people who work in it and the communities where those people live.

It seems clear the reductions were brought about by climate change caused by global warming, not by overfishing. So, it’s a risk factor beyond our control. We harvest what nature provides and if nature provides less, we have less to harvest, plain and simple.

We knew it could come to this. The signs have been there for several years and quotas were cut before but not as drastically.

When quotas were cut previously, we were fortunate that strong market demand relative to limited supply was driving up prices and a weakening Canadian dollar was allowing those higher prices to be translated into even more dollars. Prices paid for catches increased more than enough to offset the decreased quotas and catches, so we went merrily along our way, more or less as though nothing had happened.

But deep down, we knew that significant change was underway and it would mean less shrimp and crab in the future. Price increases won’t save us this time, because the cuts are too large for even more favourable prices and exchange rates to offset.

We have been in similar — and worse — circumstances before. The moratoriums on fishing various groundfish stocks that started in 1992 — some of which continue today — had a more devastating impact on more people. Although the number of people in the other Atlantic Provinces continued to increase, Newfoundland and Labrador’s population fell steadily from about 580,000 in 1992 to 509,000 in 2007, as people were forced to look for better opportunities outside the province.

The population has been rebuilding since, but now seems likely to decrease again, because of the diminished shrimp and crab resources.

However, many of the people affected in 1992 and again by the recent cuts were members of the baby boom generation. In the 1990s, they were middle-aged, with a lot of years left to work, but the people affected now are in the late stages of their working lives, so they will find it difficult to retrain, move elsewhere to look for work, or find other jobs near where they live.

The shrimp and crab we are now losing could, in the future, be replaced by groundfish as the basis for our industry, helping us make the best of a bad situation. But what will now replace the shrimp and crab? Climate change does seem to be helping groundfish stocks rebuild, but they are nowhere near large enough to replace what we have lost.

We need to recognize that these recent events are not isolated and random; they are really part of a pattern. Despite the many risk factors it must deal with, the industry is pretty much geared for perfection.

There is nothing in reserve as a buffer when something goes wrong. In short, we are very poor at recognizing and managing risk. By “we,” I mean everyone involved in making decisions about how the industry is organized and operates and others who try to influence those decisions — and that pretty much includes everyone.

According to Wikipedia, risk management is, “the identification, assessment and prioritization of risks (defined as the effect of uncertainty on objectives) followed by coordinated and economical application of resources to minimize, monitor and control the probability and/or impact of unfortunate events or to maximize the realization of opportunities.”

Does that sound familiar? I didn’t think so.

Our collective failure to manage the industry’s risks comes at a big cost. Leading up to and after the moratoriums that began in 1992, the costs to the federal and provincial governments to study the problems, provide income supports to people who lost their livelihoods and transition some out of the industry ran into the billions of dollars. But that wasn’t enough for us to learn the lesson that we need to do a better job managing the industry’s risks.

On the 25th anniversary of the 1992 moratorium, we are facing a somewhat smaller version of essentially the same problems. As the old saying goes, insanity is doing the same things over and over but expecting the results to be different.

A fishing vessel or a fish plant can reasonably be expected to have a useful life of 25 years or more. But can anyone considering investment in such a long-lived asset expect to know what will happen over the life of the asset, or even the likely shorter period that will be needed to pay off the initial cost? Probably not.

When the 1992 moratorium was announced, could anyone have forecast the events that have taken place in the industry since then? I don’t think so. Can we now forecast what the next 25 years will bring? Very doubtful.

That means there is a lot of uncertainty in this industry. And uncertainty translates into risk, plain and simple. We live on the edge of the North American continent but we also live on the edge in terms of the risks people in this industry face on an ongoing basis. Because of the risks, we largely live on hope that things will get better tomorrow, next week, next year. But hope is not a plan.

The industry’s risks influence people’s behaviour. Due to the uncertainty and risk, our thinking is very short term. A bird (or fish) in the hand is worth two in the bush (or ocean), so we try to take advantage of whatever opportunities are available to us today, because they may not be there tomorrow. But short-term thinking is widely understood to lead to long-term problems.

As John Crosbie put it, “short-term gain for long-term pain.” That is why it seems like a good idea today to eat those french fries, drink that rum and have that smoke, but those decisions don’t look quite as good later in life, when you are being treated for cancer or having open-heart surgery.

Different people have different attitudes toward risk. Some — such as daredevils and over-the-top sports enthusiasts are energized by it.

Farrah Gray, an American businessman, author, investor, columnist and motivational speaker, said “We have to learn to face our fears and push ourselves. If you’re living on the earth and you’re not living on the edge, you’re taking up too much room. When you push past the fear and realize that what you feared was not a big deal, you gain more confidence.” 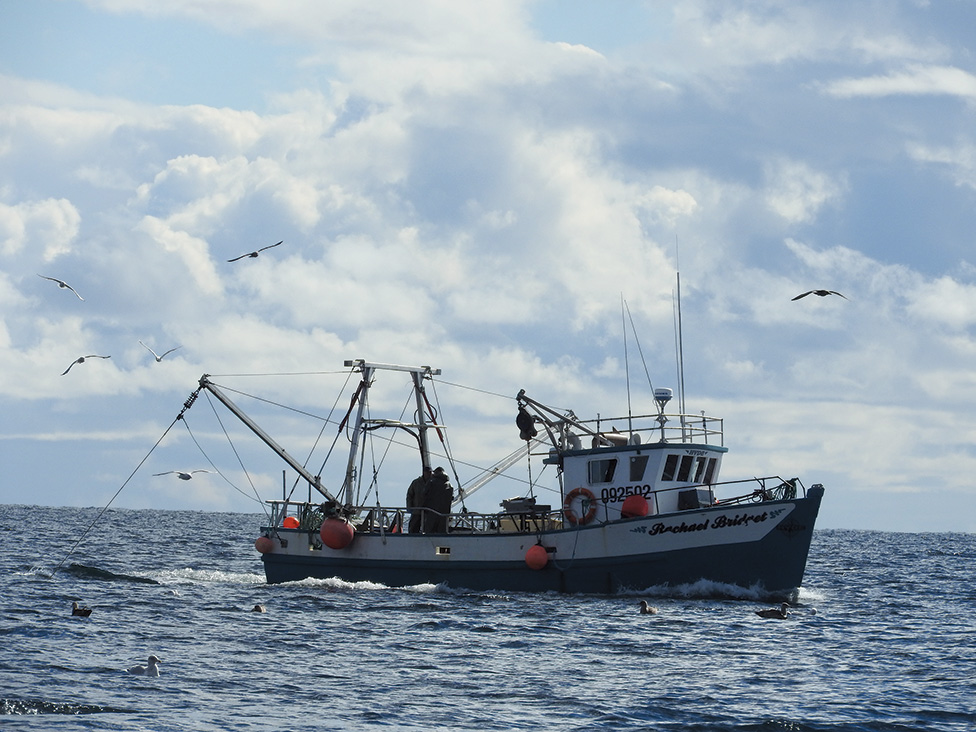 On the other hand, most people try to avoid risks.

Christian Slater, an actor and film producer, said, “The attraction of being wild is living on the edge, living up to the reputations of people you’ve been following or emulating. People are always talking about how wild and exciting they were, but the key word here is ‘were’, because there is a long list of dead, famous people.”

As these quotes indicate, risk has two sides — opportunity and loss. People prepared to take risks others won’t take can gain an advantage. But they can also fail miserably. Some of our ancestors who migrated here from Europe gained fabulous wealth. Others lived miserable lives, if they survived at all.

Any successful, experienced investor can tell you the key to successful investing is to understand the risks before you invest and have a plan for dealing with them. The opportunity may be very attractive, but you cannot possibly know all the things that might go wrong or how bad they may get, so you need a plan in case things don’t go as expected.

Another quote, derived from one of Shakespeare’s plays, helps put things in perspective: “discretion is the better part of valour.” Essentially, that quote says it is wise to be careful and avoid unnecessary risks. It does not say not to take risks; it says to think about the risks and decide whether they are worth taking.

This issue of The Navigator Magazine is about safety. It is a reminder of the risks people take in this industry to earn a living. The list of risks I provided earlier are all related, because they create uncertainty and influence people’s behaviour. Someone under pressure to earn an income during an uncertain short operating season is likely to feel forced to take risks they might otherwise shy away from.

Some people take them, succeed, and provide examples others think they should follow. But some pay a heavy price, losing their hard-earned assets, damaging body parts, or even sacrificing their lives.

A long list of marine disasters is part of the folklore of the industry. It’s a good thing to think about them from time to time, to remind ourselves that risk is a very real part of the industry and we need to think seriously about which risks are really worth taking.

Funding Announced for Regional Aquaculture Centre in the Coast of Bays

No Replies to "Living on the Edge"