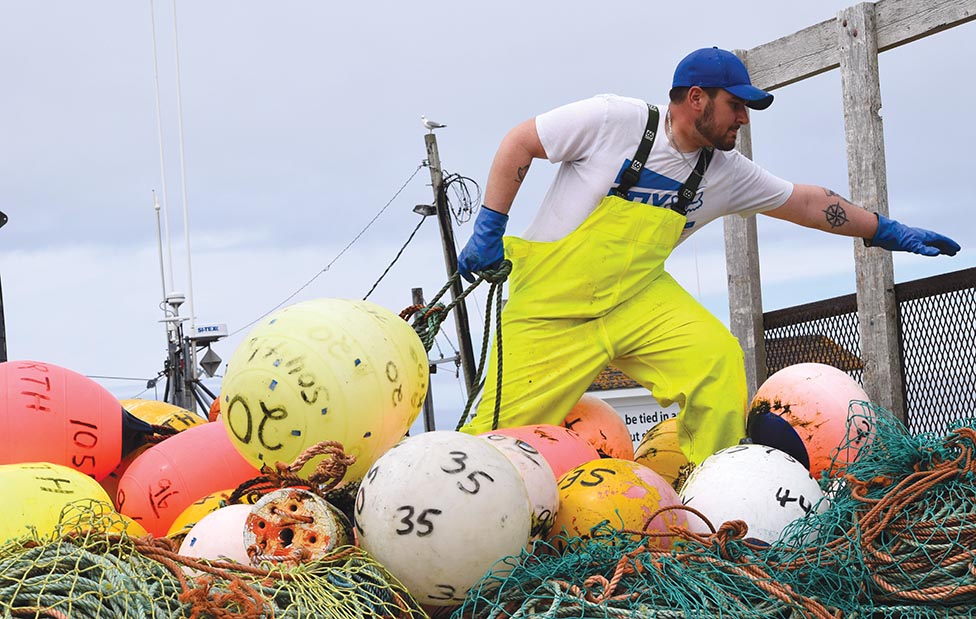 Above: Lobster fishing balloons are loaded onto a truck at the Lower East Pubnico wharf at the end of the LFA 34 lobster season. Kathy Johnson photos

It is officially a wrap for the 2018/19 commercial lobster fishery in southwestern Nova Scotia.

“Overall it was a decent spring,” said Bernie Berry, president of the Coldwater Lobster Association. “It was late getting going for some guys and some had an early kick off but the water temperature had catches down for most.”

High winds and rough seas were also a factor throughout the spring.

“Some of the inside boats have been going steady, but I haven’t been going as much as I usually go because the catches are so low,” said Kevin Ross, president of the Brazil Rock 33/34 Lobster Association as the season was winding down. “It costs a lot to go. You’ve got to let them (traps) set.”

Weather was also a factor at the first of the season, delaying the LFA 33 and 34 opening by five days.  “December wasn’t great but there were days you could haul,” said Ross. “The boats got out a fair amount.” 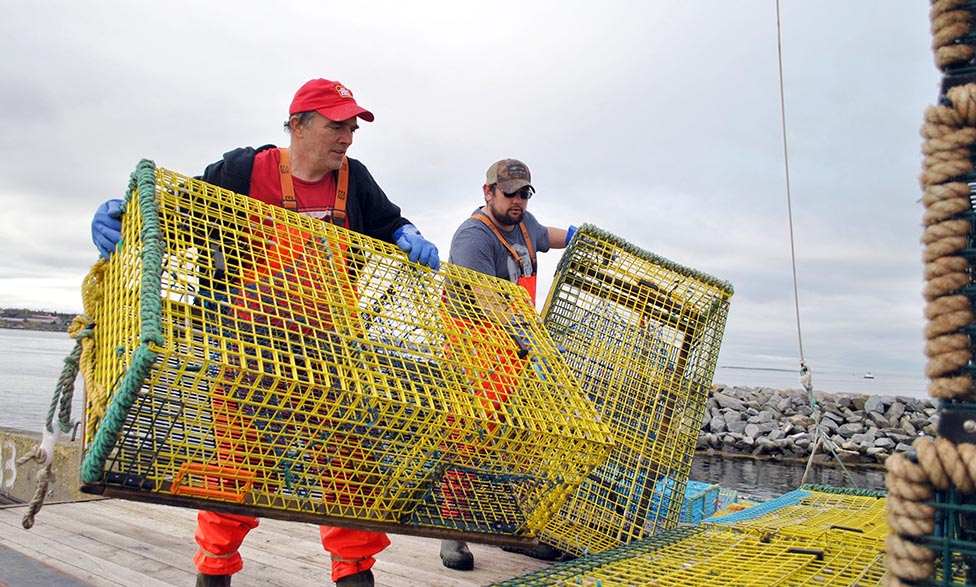 Traps are piled onto a waiting truck at the Clark’s Harbour wharf marking the end of another lobster season in southwestern Nova Scotia. Kathy Johnson photo.

The shore price was the bright spot for LFA 33 and 34 lobster fishermen this season, with a record setting opening price that quickly jumped to $9/pound within two weeks of the season opening. The price peaked at $11 in April and closed in the $7 range. “The price has been decent,” said Berry. “Overall its been an okay season.”

The season marked the first year for regular at-sea data collection in the inshore lobster fishery. 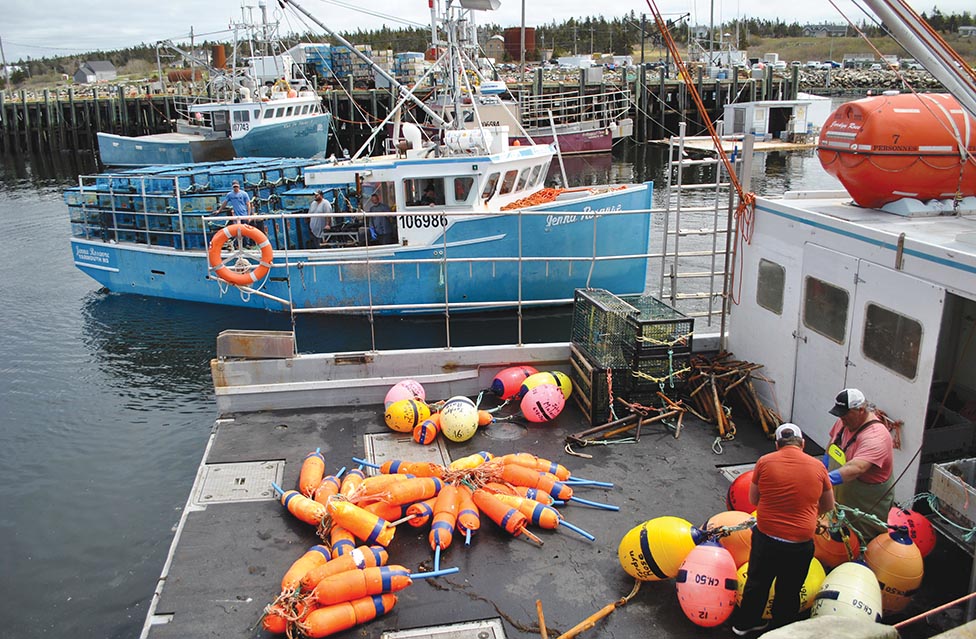 Lobster fishing gear is offloaded at the Lower East Pubnico wharf at the end of the LFA 34 lobster season. Kathy Johnson photo.

In southwestern Nova Scotia, five fishermen’s groups came together to form the South West Lobster Science Society as a pilot project for by-catch monitoring in the LFA 33, 34 and 35 lobster fisheries, and as an alternative to DFO’s at-sea observer program.

“The by-catch monitoring program went really well on the association side of it,” said Berry. “There were a few small glitches but we expected that. It was a learning experience. The fishermen who participated were very pleased. A lot of the worries going into the season about the program really never came to be. We got really good feedback from the fishermen and we got really good data that is all recorded. We consider it a success.”

There has been no word from DFO when regular at-sea data collection is going to be implemented in other inshore LFAs in the Maritimes Region. 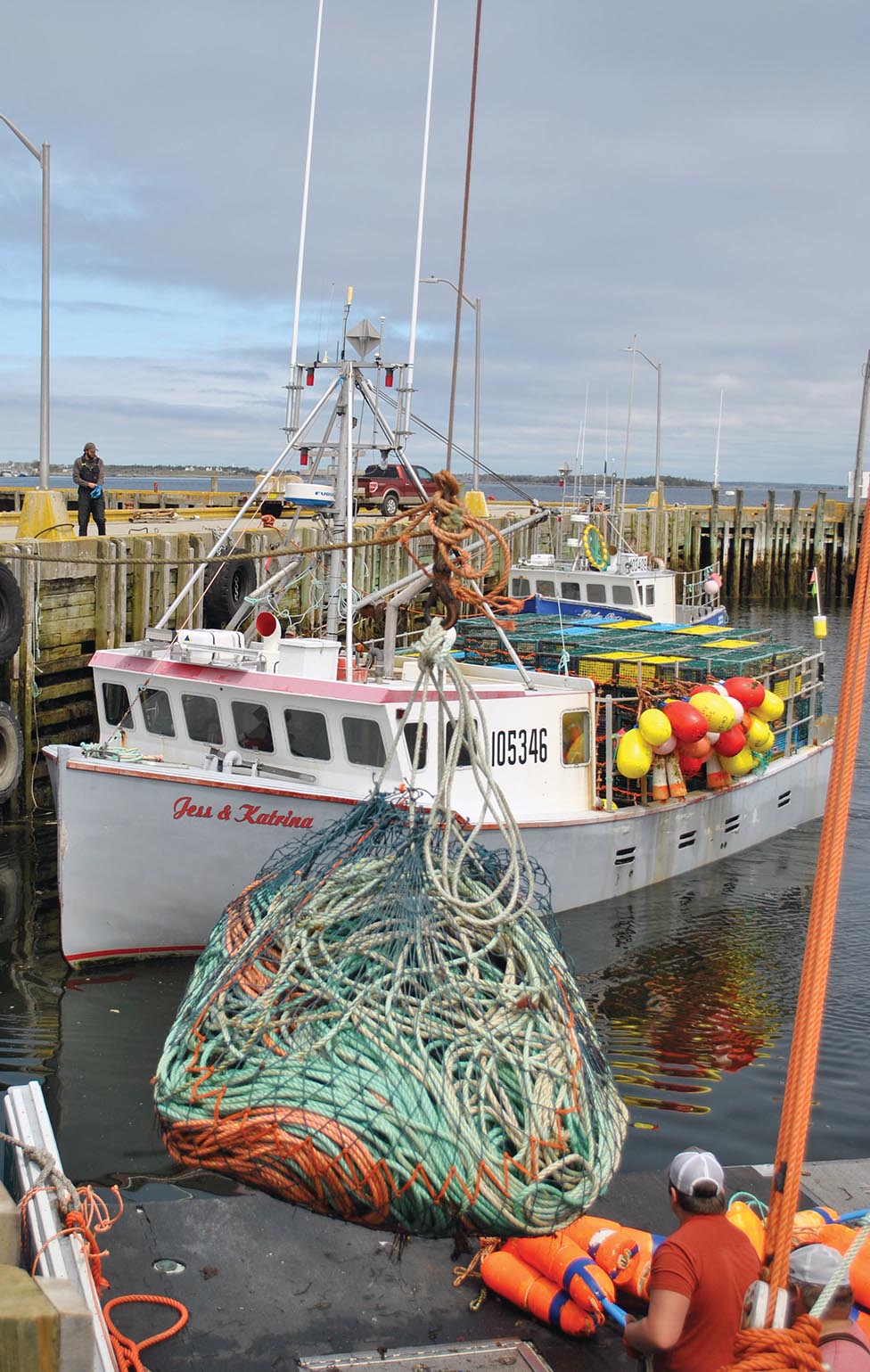 A rope bag is hoisted off a vessel at the Lower East Pubnico wharf while another waits to offload at the end of the southwestern Nova Scotia lobster season. Kathy Johnson photo.

No Replies to "Lobster Season Ends in Southwest Nova"