Making Do With Less

Canada’s capture fishing industry is facing a very serious crisis, due to decreasing landings and a shrinking workforce.

Some aspects of that crisis are already apparent, but others will become increasingly obvious as time passes. We need to be thinking about how to deal with it.

Fisheries on both the Atlantic and Pacific coasts suffered drastic decreases in landings, but the decrease was worse on the Atlantic coast. Atlantic landings fell 50.1 per cent, from 1,299,773 tonnes in 1990 to 648,998 tonnes in 2016. Pacific landings decreased 38.7 per cent, from 298,508 tonnes to 182,983. However, the decrease in Pacific landings included a 75 per cent reduction in salmon, which was the most important commercial species in 1990. 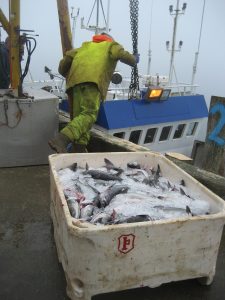 It’s worthy of note that, by 1990, groundfish quotas in Atlantic Canada had already been cut significantly, so the decrease compared to the mid-1980s was even greater. And a series of moratoriums was subsequently imposed on harvesting groundfish in Atlantic Canada, starting in 1992.

After those moratoriums, the lowest total landings in any one year were 827,888 tonnes in 1995. The landings in 2016 were only slightly higher than that. Unfortunately, the present outlook is for further decreases, due to declining stocks of Northern shrimp and snow crab, so landings are likely to fall to record low levels in the foreseeable future.

The good news is that the smaller quantity of landings was much higher in value, masking the underlying trend of decreasing catches. In 2016, the landed value of Canada’s commercial fish landings totaled $3.3 billion, 2.3 times more than the $1.4 billion in 1990.

All this means that lobster was the only major species that saw an increase in landings and lobster also contributed much of the increase in value. 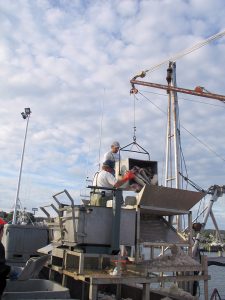 The decreased landings of other species have affected all sectors of the industry and many communities dependent on fish resources, most of them in rural areas.

Although some have earned very high incomes from the fishery in recent years, most people in the industry have seen their livelihoods threatened by the decreased landings. Some have left the industry altogether and it has become very difficult to recruit new people to work in the industry.

The need for workers has become particularly acute in the lobster processing sector, because of the substantial increase in landings. But an aging and shrinking workforce is a widespread problem in the processing sector, often requiring plants to produce less labour-intensive products. And it has become more challenging to recruit vessel crew members, leading to reductions in the number of active fishing vessels.

To some extent, reductions in the size of the workforce have been necessary, because of the decrease in landings. But when lack of people translates into uncaught quotas or production of less valuable products, it reduces potential output value and diminishes the economic viability of an industry that is already struggling to cope with reduced availability of raw materials.

So, what can be done?

Probably the greatest challenge will be to change our mindset — our assumptions about the industry and how it operates. In effect, the industry has been organized and operated based on an assumption of abundance. During an earlier era, we had abundant fish resources and many people were able to share in the abundance. We were more concerned with catching more fish than we were with increasing the value we got from each fish.

Our resources are no longer abundant. Yet our industry continues to be organized and operate based on the thinking of that bygone era. It is time to change that thinking.

Fish resources and landings are notoriously variable from year to year and over time, based on natural cycles. That means it is often difficult to distinguish a relatively normal fluctuation from a trend. However, the data referred to above make it pretty clear that we are not dealing with normal fluctuations in landings. We are dealing with a trend, seemingly driven by climate change.

In the mid-1990s, it became apparent that shellfish resources were increasing in abundance. Based on that trend, we then reorganized our industry to take advantage of it. Now, with the exception of lobster, we are seeing that trend go in reverse.

Other shellfish resources are in decline. Whether or not other resources will expand to fill the gap remains to be seen. For a few years, there were reasons to be optimistic about cod, but recent data has dampened that optimism.

We now have to start planning for a period of scarcity. Our resources will be scarcer than they were and we will have to make do with less. It will require adjustments.

In Atlantic Canada, there has been a long history of having to make do with less, both in the fishery and in other aspects of life. When you have less, you have to focus tightly on what is really important and not what would simply be nice to have or do. And right now we have to think about what we must do to ensure the industry will continue to exist, be competitive in the markets it serves and be economically viable. 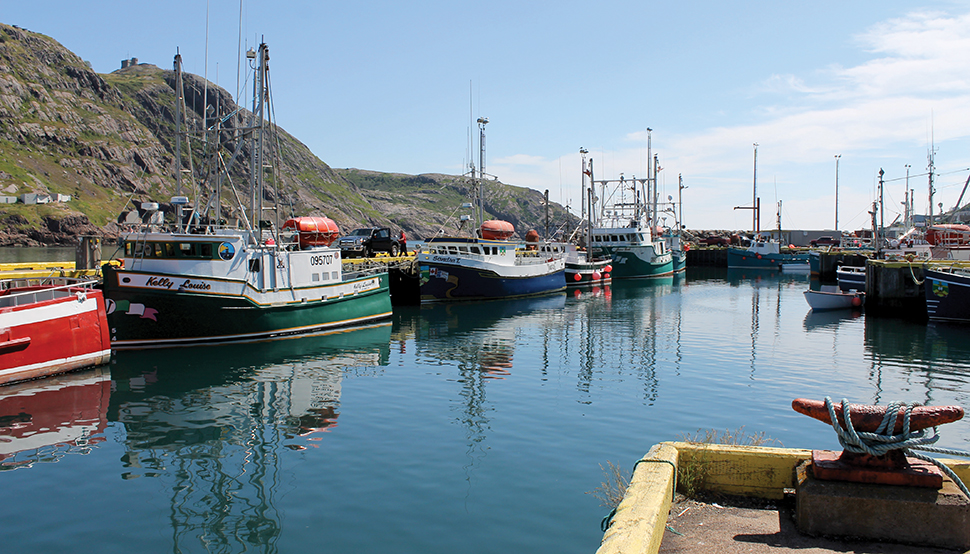 An underlying requirement for achieving these things is that we must also ensure our resource base is managed to sustain the industry over time. There will undoubtedly be short-term pain for long-term gain.

Part of making do with less is maximizing the benefit from what we do have. There is a lesson in the fact that our diminished landings are now higher in value. If that were not the case, the pain would already be acute and much more widespread. However, the current high values are based on record high market prices and favourable currency exchange rates.

These are factors that go through up-and-down cycles and will undoubtedly turn down at some point, as they have in the past. We cannot depend on them to be a sustainable long-term solution to our problem.

With lower catches, we have to maximize the value of the catch. With fewer people in the workforce, we need to find ways to increase output value per person.

There are ways to do these things. For example, we can increase output value by improving raw material quality and focusing on markets willing to pay high prices for top quality products. And we can increase output value per person by extending our operating season so people work longer and adopting technologies that make those people more productive.

In other words, we have to be prepared to do things differently. If we aren’t, the future will likely be bleak for more people and communities. If we do make the needed changes, we will be building a stronger industry with better capabilities for taking advantage of new opportunities, when they do come along.

Another Lobster Season in the Books

No Replies to "Making Do With Less"