As the Atlantic Canadian seafood industry begins its transition back to groundfish, processing capacity must be improved with new processing technologies that are more efficient, less labour intensive, more energy efficient and offer improved yields and quality.

To help prepare industry for this transition, the Marine Institute’s Centre for Aquaculture and Seafood Development hosted a Groundfish Processing Technology Demonstrations in February 2018, highlighting some of the newest groundfish processing technologies currently available.

The demonstrations attracted about 150 participants from industry, government and academia including forty students from the Marine Institute and the College of the North Atlantic. 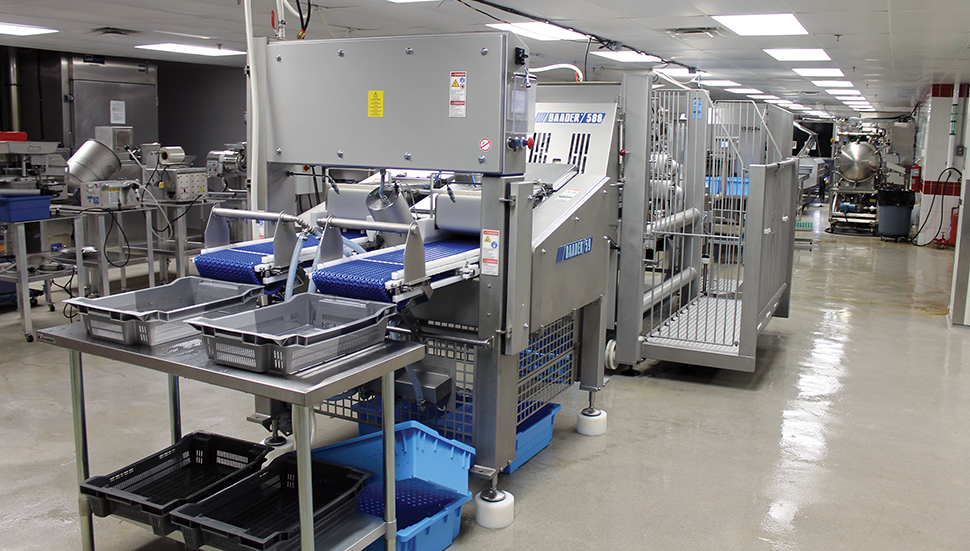 Getting a first-hand look. MI hosted over 150 participants throughout Atlantic Canada to see BAADER’s latest technology in groundfish processing.

Although not featured during the demonstration, BAADER is also incorporating advanced technologies such as x-ray and high speed water jet cutting into other components of its newest groundfish processing equipment line. 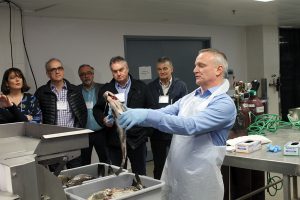 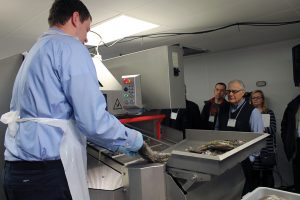 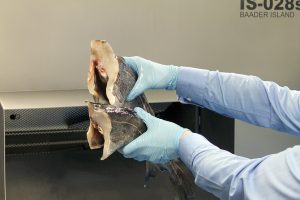 Students were equally impressed with the BAADER demonstrations as it provided them with exposure to the latest technologies being used globally by the seafood processing industry.

“I think that the biggest takeaway from the BAADER demonstration for me was the realization of where the food industry is headed. There is going to be more technology available than I could have ever imagined when I first enrolled in this program. This presentation made me excited to start my career and continue to learn about the technologically advanced systems that support our food systems,” said Courtney Troope, Marine Institute Food Technology student.

Food Safety student RJ Sugathan agreed. “I found the BAADER demonstration highly informative. I was particularly impressed how BAADER prioritizes food safety to develop a safe flow of product through the entire processing line. I was really fascinated by Mr. Dennis Schreiber’s, CEO BAADER North America, concept on augmented reality and its potential use in the field of inspection, maintenance and how BAADER is working on developing some technologically advanced products. It shows that they value innovation, research and development.”

In addition to the BAADER technology demonstration, the Marine Institute and Sunwell Technologies Ltd. co-hosted a demonstration of Sunwell’s DeepChill® Ice Slurry System on February 7. 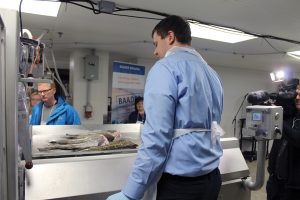 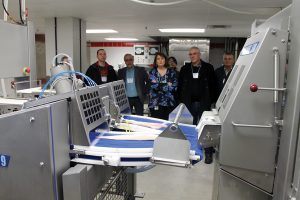 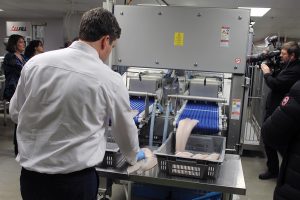 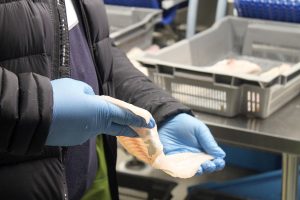 The DeepChill® system can produce different types of cooling mixtures ranging from a pumpable ice: liquid slurry to dry ice crystals, freshwater to saltwater slurry, and different size ice crystals from small crystals to large crystals (0.25-2mm). Ice fractions can be up to 100 per cent with pumpable ice slurry up to 60 per cent ice fraction.

Because fish and seafood are subject to rapid spoilage, it is important to cool fish quickly to maintain quality and freshness. Preliminary testing conducted at the Marine Institute using the DeepChill® Ice Slurry System indicates that ice slurry cools shrimp, crab, redfish and cod more rapidly than flake ice. Funding for this testing was provided by the Department of Fisheries and Land Resources, Government of Newfoundland and Labrador.

Centre for Aquaculture and Seafood Development, and