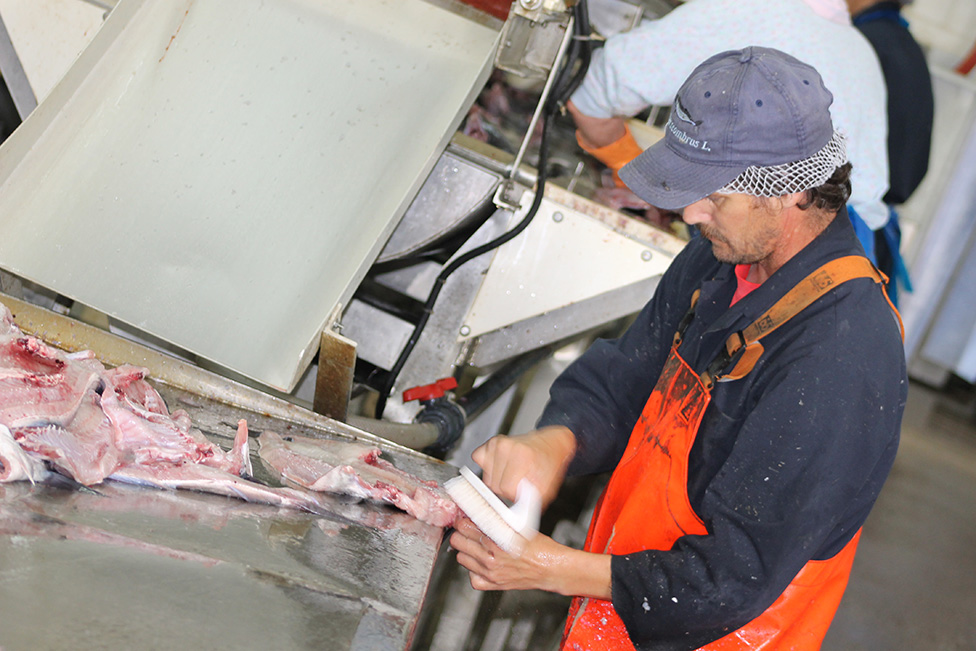 The Maritime Seafood Coalition, announced this week, is a growing collection of fishing enterprises (fishers), industry organizations, and regional stakeholders working together to challenge the Federal government’s apparent unwillingness to take seriously the chromic labour shortage in the seafood sector.

Lack of labour places Canada at a trade disadvantage: While labour shortages in fish and food processing are common in most developed nations, our competitors have the ability to use low skilled labour migration to achieve production objectives.

The Maritime Seafood Coalition support 100 per cent hiring every Canadian willing to work, but the overhaul of the temporary foreign worker program unfairly singled out seafood from the seasonal agricultural/ agrifood workers program. Since these changes, many fisheries workers have seen their visas expire and have been forced to return home.

Although transitioning workers into permanent residents is the preferred option, new comers can only be sponsored to stay in Canada if employers can provide full time employment. In most fisheries, however, landings are seasonal as determined by the Department of Fisheries and Oceans.

As it stands, the seafood industry is excluded from a coherent seasonal worker program, and is also restricted from sponsoring new Canadians because jobs in the sector are considered unskilled, seasonal, or, both.

In contrast, agricultural worker shortages have been recognized and remedied through the negotiation of bilateral labour agreements with source countries. Although signing Memorandums of Understanding for the international movement of people has been a Canadian practise since 1966, when it comes to the seafood industry, government is unwilling to align an industrial policy with a responsive immigration strategy.

Whereas agricultural businesses are permitted to recruit the necessary labour for production objectives, seafood processors within 2 years will be limited to 10 per cent of their current labour force regardless of supply volumes and of the commitments made to thousands of local harvesters.

While the seafood industry raises concerns that they do not have the labour necessary to process perishable supplies, service existing customers, or avail of opportunities from recent trade agreements, this government continues to overstate the availability of local labour.

Rather than providing constructive solutions that recognize labour pools are segmented, that wage elasticity varies according to job types, and that attrition exceeds attraction, federal leaders seem determined to unfairly limit growth in the seafood sector.

As the Maritime Seafood Coalition, we reject the biases that have disqualified the seafood sector from seasonal migration programs. Although commodity types differ; job descriptions, labour characteristics, wage rates, and market dynamics remain typical to Agri-food.

The Maritime Seafood Coalition supports primary resource workers and sees these as instrumental to the economic diversification of our region. The World Bank, the OECD, and other policy centers report that the seasonal agriculture programs and migrant labourers promote growth, increase GDP, and contribute to better standards of living for both sending and receiving countries.

Before deciding on the future of seafood processing in Atlantic Canada, the Maritime Seafood Coalition asks that the Canadian government recognize that the region is at a point of no return.

Moving away from value added production when the demand for our resources, products, and expertise are on an upward trend translates into unwarranted decline.

If this government does not change their course of action, Canadian jobs will not be protected; they will be exported.

In the absence of local production capacity, Canadian seafood companies will be forced to enter free trade areas at a clear disadvantage. Without a low skill migration program to supplement local Canadian labour, free trade agreements can only encourage the export of our raw materials for processing outside of Canada. This phenomenon would only contribute to job losses, depressed shore prices, and regional outmigration.

In defense of our entrepreneurs, harvesters, and coastal communities, we demand that this government re-evaluate the role of low skilled labour migration and adapt its policies to the realities of our industry: the Federal government must immediately acknowledge that fish is food, and, that attraction and retention problems in this sector are real and crippling.

In advance of this years’ election, government in collaboration with the seafood industry must develop and adopt a practical labour migration strategy.  Given our short seasons, and the resource dependency of our coastal communities, lost opportunities are simply unacceptable