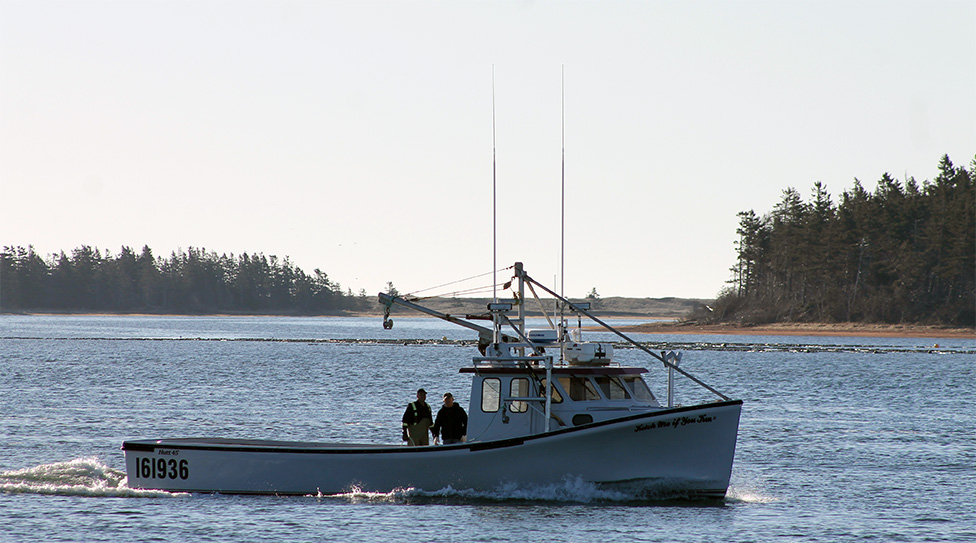 P.E.I. Fishermen Want Their Own Provincial Department With Dedicated Minister

On Prince Edward Island there is a holy trinity of industries that feed almost all others.

The big three are fishing, farming and tourism.

Together these industries represent a huge portion of the province’s economy and support thousands of jobs and tens of thousands of people.

Which is why when there’s a shakeup in leadership in two out of the three industries, it’s a big concern to a lot of people. Which, incidentally, has some people in the province’s fishing industry calling for the reversal of a decision Premier Wade MacLauchlan made in the early days of his government’s mandate at the start of 2015.

MacLauchlan, a Liberal, came into power promising a greater measure of fiscal constraint, so he reorganized some of the government departments and decreased the number of ministers down to nine from the previous 11.

There wasn’t a whole lot said publicly at the time from the industries, but almost a year later Island fishermen are starting to voice frustrations at having to share a minister with such a large portfolio partner like Agriculture. 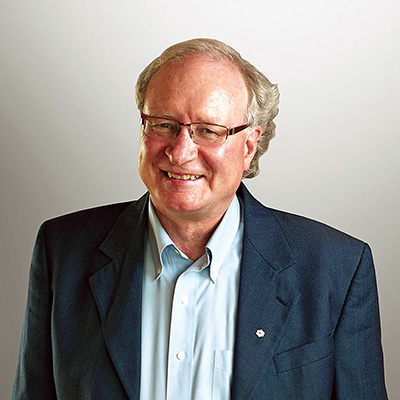 Craig Avery, president of the P.E.I. Fishermen’s Association, first raised the issue during a lobster industry meeting in February.

“We definitely need our own minister because things move too fast in this industry and there are too many issues to deal with for a department that has two portfolios,” Avery told TC Media.

“We have no problem with the current minister or deputy who are great people, but we need our own.”

Ian MacPherson, executive director of the association, added recently that they have heard a reply from government regarding Avery’s original request and it was a polite no. However, they intend to keep pushing the issue as much as they can while still working within the new framework.

“I don’t want to give the impression that we’ve asked for something specifically and there hasn’t been an availability. But the reality is that we’ve got a couple of key people (in the department) who are pretty well flat out,” said MacPherson.

“I think we’ve got two industries that are really key for the growth (of the province)… and we just want assurance that the focus is there.”

He also pointed to potential conflicts between the two industries and the potentially awkward situation that a minister could find themselves in as a result.

A recent report linked most of the nitrogen in the Northumberland Strait to runoff from the province’s omnipresent agricultural industry. It’s currently unknown what, if anything, those nutrient levels could be doing to marine species, but it’s something that has lobster harvesters in particular concerned.

“It could put the minister in a potential conflict and we don’t want to see any minister put in that type of situation,” said MacPherson.

Others in the province’s seafood industry are also keeping an ear to the ground regarding the situation.

The P.E.I. Shellfish Association, which represents harvesters of the province’s lucrative wild oyster and clam fisheries, would also like to see two portfolios split up.

“The three primary industries on P.E.I. are fisheries, agriculture and tourism. Each industry has its own priorities and problems. Progress in any one sector can, unless done responsibly, adversely affect another sector,” wrote Brenda Campbell, president of the shellfish association.

“Each of the three portfolios are vast in nature and deserve a committed resource to ensure the maximum amount of assistance and benefits needed for prosperity within each respective industry.

“Management of any one of the above sectors should be given a high level of attention, it is the position of the PEISA that each sector would be better served by having their own deputy minister.” 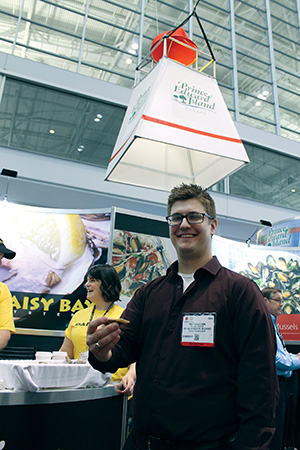 However, the P.E.I. Aquaculture Alliance, another of the major players in the province’s seafood sector, representing the huge mussel industry as well as the farmed oyster and finfish industries, has stopped short of calling for a separation. Rather, their focus is securing more money to help grow their sector.

“I have found the Department of Agriculture and Fisheries very good to deal with. I haven’t found any bottlenecks that have affected the way our industry works with the department,” said Matt Sullivan, executive director of the alliance.

“However, I do wish that the department was given more money to help grow the industry. They have great programs available to industry but the available amount of money in the pot isn’t very much.”

As for the man in charge himself, Minister Alan McIsaac, he insists that having the two portfolios together makes a lot of sense, not only as a cost-cutting measure, but for the province’s overall strategy of marketing itself as “Canada’s food island.”

“The integration of two of our primary industries on Prince Edward Island… into one provincial government department has been a successful transition that is serving both industries well,” McIsaac said.

“It is a natural fit to marry these sectors under a unified departmental goal to grow and enhance our province’s food sector through marketing, product development and access to capital. I look forward to continuing to represent both industries in their economic and industry goals.”

No Replies to "Ministerial Problem?"