After the Deepwater Horizon disaster, I dedicated five years of my life to fighting against the development of Old Harry, a hydrocarbon reserve midway between Newfoundland and the Magdalen Islands.

Recently, I have had to re-engage on a separate, but related issue of marine protected areas or MPAs.

In being more fashionable than practical, MPAs will needlessly expropriate prime fishing grounds from our intergenerational fishermen.

In Canada, we currently have management plans developed for each of our commercial species. Quotas and other fishing restrictions are issued with license conditions at the start of every season. Sustainable fisheries of healthy stocks are not incompatible with protecting biodiversity.

In fact, for the last two decades, the Species at Risk Act has been providing an added layer of protection. Unfortunately, this Act is applied selectively depending on which industry is driving the activity.

Hence, the debate is not about conservation, it is about to fish, or not to fish.

Why limit what we can catch sustainably? Seafood is our adjacent and renewable resource. It is key to food security, economic development and it is a low carbon edible.

Jokes aside, no one is against protecting the environment, or fish stocks or biodiversity. We are against backdoor MPAs which have no clear conservation objectives.

Many scientific opinions have identified the involvement of fishers as the single most important factor in determining the success of an MPA. Yet, the promoters are selecting areas of interest (AOI) without consulting harvesters.

In their very design, multi-stakeholder MPAs are meant to outweigh the input of fishermen and challenge their right to stewardship. By the time harvesters are involved in the process, the deck has already been stacked with a variety of “interests” favoring an MPA.

This is terribly unfair to the people who have made large investments to gain access to the fishery or have inherited licenses from their family. 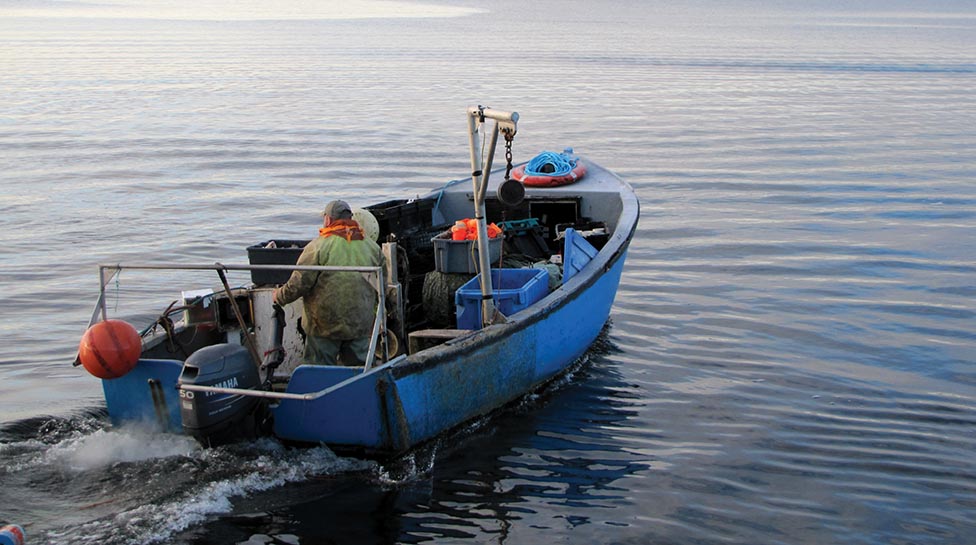 In economic terms, fishermen make a tremendous contribution to our communities, while often placing themselves at physical risk to operate their licenses. In weighing the significance, we must ask ourselves what other “stakeholders” have risked for a seat at the management table?

In my view, if fishing families must be swindled in order for the government to reach meaningless international protection targets of 10 per cent, 20 per cent or 30 per cent of our oceans, it is because marine protected areas, in themselves, cannot prove their utility.

MPAs can’t stop oil spills and they can’t stop climate change. In fact, there is nothing an MPA can do that our current laws can’t do.

If MPAs are not passing the test of legitimacy, it’s precisely because fishermen do not want more rules that aren’t based on common sense and common purpose.

I am from the Magdalen Islands and you can hardly find a population that is more dependent on the sea. Just off of my hometown, there are lobster bottoms named after my great-grandfather. For generations, kids followed their fathers as soon as they could slip on boots and hold a gaff.

Now, the waters around my archipelago are a 17,000 square-kilometre area of interest (AOI), which can eventually become an MPA. Ironically, some of my former oil and gas allies from the conservation community are supporters of the marine protected area.

What distinguishes me from them is that they are environmentalists and I am a fisheries activist.

As a fisherman’s daughter, I have the survival of our industry and our coastal communities at heart. Unfortunately, my heart can’t compromise environmental integrity for a false sense of protection.

If the area of interest around the Magdalen Islands stops short of Old Harry, the hydrocarbon reserve, it is because in their minds and on paper, MPAs can co-exist with the oil and gas industry.

We would love to tell them they are wrong, but in the 15 years since the Canadian and Quebec government first proposed the MPA, no one has consulted with the holders of fishing licenses.

This is despite the fact that fishing licenses were awarded by the Canadian government as a management measure to both limit entry and recognize historical fishing rights.

To us, a fishing license is equivalent to the deed of a family farm. By taking large sections of our ocean, what the government is doing is akin to stealing our land to create a park.

I cannot just stand by while our ocean is opened to oil and gas while our fishing grounds are plucked away in the name of protection.

If the people advocating for marine protected areas chose to think water doesn’t move and that fish don’t swim, maybe we shouldn’t rely on them to manage our renewable resources.

For many good reasons, fishermen do not want or need MPAs. What they need is some recognition for their contribution to our economies and for the countless hours they dedicate to resource management and stewardship.

We Need to Protect our Seafood Farmers