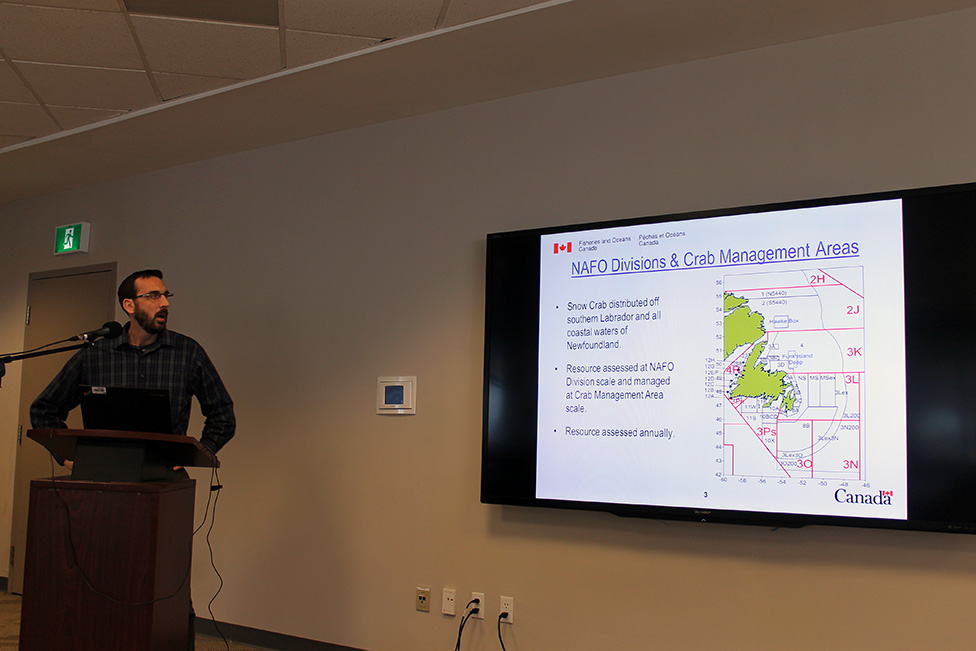 Scientists at the Department of Fisheries and Oceans (DFO) are painting a bleak picture for the upcoming 2017 snow crab season.

At a media briefing held today in St. John’s, DFO snow crab lead Dr. Darrell Mullowney said the fishable biomass off Newfoundland (NAFO areas 2HJ3KLNOP4R) is now at its lowest observed level — after declining 80 per cent since 2013. Even more troubling is the stock has declined 40 per cent from 2015 to 2016.

Snow crab landings recently peaked at 53,500 tonnes in 2009 and have since gradually declined to 42,000 tonnes in 2016. Divisions 3LNO have accounted for about 80 per cent of the landings in recent years. Fishery catch rates were at or near historical lows in most divisions in 2016.

The results of the recent snow crab stock assessment are currently being drafted as a Science Advisory Report, which will be published on the CSAS website in the near future.

fisheries management and industry, will be considered by senior officials in developing future total allowable catch (TAC) and other management actions.