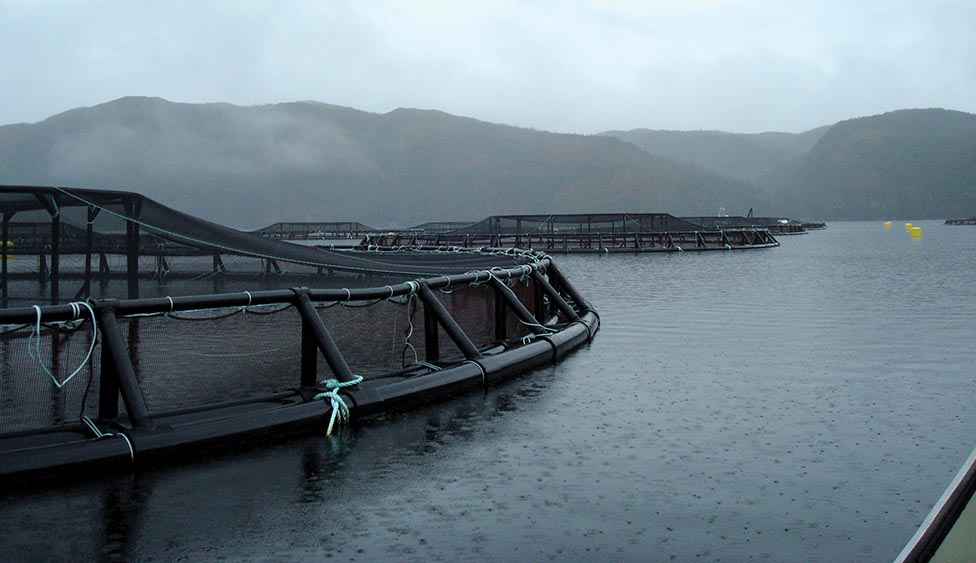 Some interesting questions are posed therein about whether or not the province is backing the right horse or not regarding net pen farmed salmon versus land-based, closed containment systems?

I would say the answer is a categorical yes for the following reasons explained here.

Net pen farmed salmon is still the most ecologically and environmentally lowest carbon impact and cost-effective way of producing salmon (subject of course to keeping fish in the cages and reducing disease threats from wild organisms).

The fact the province and feds are willing to loan (all repayable loans) Grieg NL about 16 per cent of its capital costs in a graded loan, to encourage over $200-million in private investment is not unusual on a good employment and growth sector of the fisheries, one which will make significant contributions to rural Newfoundland and Labrador in terms of GDP, reduced reliance on social programs, increased tax revenues from employment and meanwhile, protect the environment.

Note, the loans are just that, loans, fully repayable. These are not grants of any kind, unlike what we have done for cucumbers in the 1980s or for pulp and paper in recent years in western N.L., or other types of government investments that have tried to create or protect a few jobs.

In the editorial, The Telegram alludes to the recent announcements of land-based, full-scale production units for Atlantic salmon to being promoted as disease-free, pest-free, antibiotic-free and pollution free. I can assure you there are no such operations in existence globally, anywhere, in spite of efforts over the past 25 years for larger scale on-land production facilities.

Even with today’s technology, these facilities still encounter animal welfare issues, disease issues and sustainability issues (what to do with the outflow of nutrients). Not to mention the higher costs of production per kilogram and the carbon footprint typically higher than net pen farming (I can provide several recent scientific references for this, if you wish).

All of this means that it will be some time before the private sector actually invests its own cash into large-scale endeavors. Note, the references made to facilities in western Canada and the U.S. being developed, well, these are funded largely by stock market offerings, not really company’s private capital.

The most recent market analyses on these operations is that the risk is still very high on getting any sort of return in the near future and that is because no one has actually succeeded in producing any amount of Atlantic salmon in land-based systems, by this I mean over 1,000 tonnes per year.

I would venture to guess it will be a decade or more before large-scale salmon farming on land achieves any measure of success, as it has to work out many issues attendant to this type of production, in spite of what dot com companies are portraying in their portfolios.

Meanwhile, net pen farmed salmon currently produces over two million tonnes per year, year-over-year and it will continue to find solutions to the environmental challenges posed on such production, including mitigation and prevention of a variety of impacts often referred to in the newspaper and by the critics.

Only with good science support will they be able to find these solutions and we are doing our best to find solutions right here, at home.

Is it wrong for the province to not want to share in this sustainable, community-oriented activity that is net pen salmon farming or aquaculture, that brings wealth to many rural areas of our country, including 40-plus First Nations? Is it wrong for the people of Newfoundland and Labrador to want to work in their home communities in rural areas in well-paying jobs and contributing to the provincial economy, rather than rely on social programs?

I think that the aquaculture sector needs to promote more of its benefits to the people of the province, to educate them on the pros and cons and to be willing to listen to critics and address their concerns, rather than let the pundits, critics and even media write the agenda and the story.

It is imperative an open discourse among all stakeholders is undertaken by some means and that information is provided to the public in a transparent fashion. I believe the aquaculture sector is trying to do this in recent months, but let’s see how opinion changes, or not in the near future.

It would be a great service if The Telegram was to undertake a serious analysis of the pros and cons and do  a good investigative piece on the matter, to educate folks about the whole business of aquaculture, rather than just publish negative pieces or critical editorials that do not really get to the bottom of the issues.

(This Letter to the Editor was originally published in The Telegram, July 27, 2019)

On the Waterfront — September 2019

The Fisheries Problem from Hell: Right Whales and Gear Entanglement