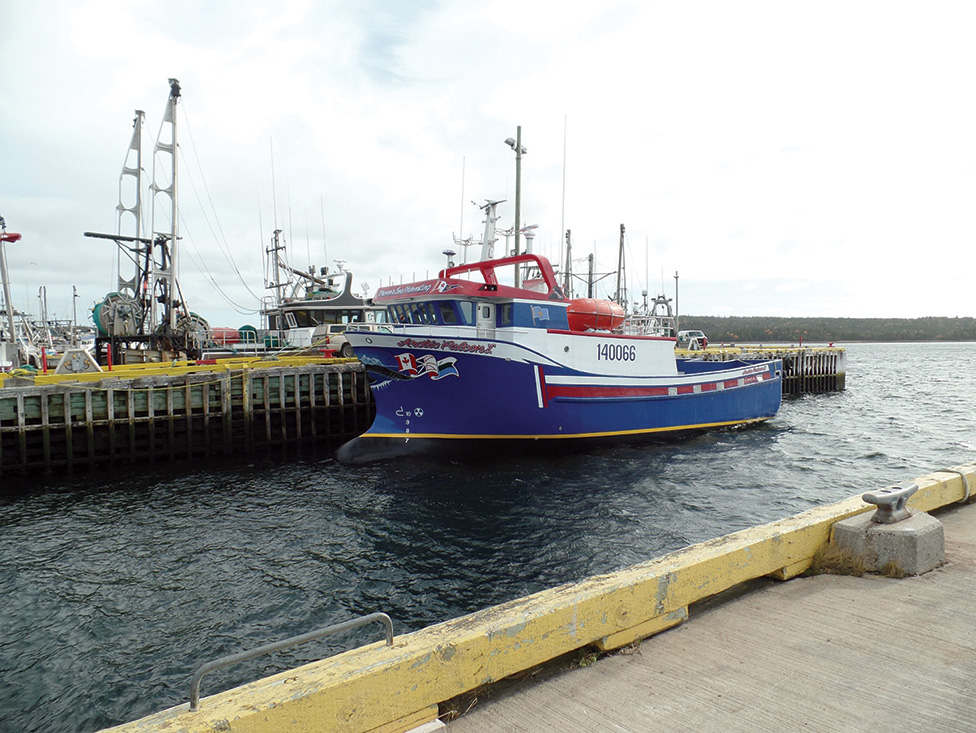 There’s nothing that fills a fisherman with pride more than a good boat and knowing that the vessel under your feet provides a sense of security and the efficiency to carry out your work on the often dicy North Atlantic.

It’s the kind of pride that lifelong fisherman Walter Drover of Upper Island Cove experienced recently when he took possession of the $2-million Arctic Falcon 1, his new 71-foot by 26-foot fishing boat designed by TriNav Marine Design Inc. and built at Northern Boat Repair Ltd. in Port Saunders on the province’s Northern Peninsula. 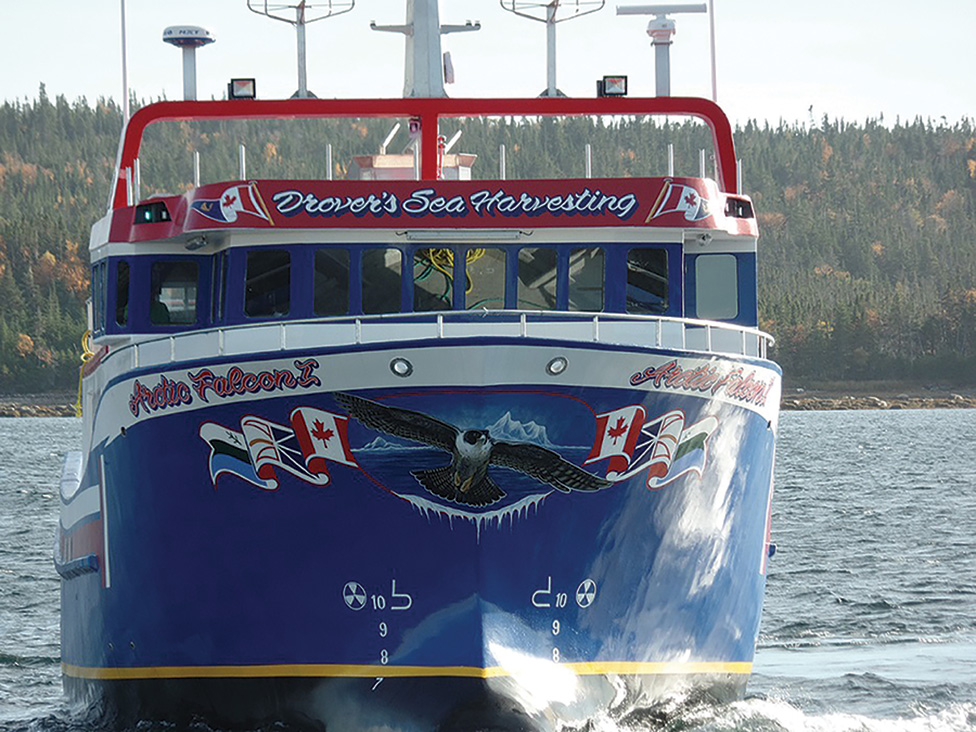 The boat’s shiny blue, red and white paint glistened in the mid-October sun when the Drovers went to Port Saunders to get the boat and sail her back to their home port at Harbour Grace.

Drover has had a number of boats over the years and knows the look of a boat is secondary to how it functions at sea. But still, he said, it’s a fine vessel to look at. He said the design and handling of the boat have met with all his expectations.

“We are really impressed with the boat. She’s a nice looking boat and she sits nice in the water,” he said. “We will install the RSW (refrigerated sea water system) in her.

“She’s a single deck-type vessel, and multi-purpose for crab, shrimp, etc. She got the bow thruster in her. We will be able to stay at sea longer, and fish longer, and catch crab quicker.”

Along with master ship builder Val Cull, there was a low-key christening of the vessel on the Marine Centre dock in Port Saunders where a bottle of champagne was smashed against the bow, directly under a brilliant bow image of a falcon in flight over the ocean with icebergs in the background. 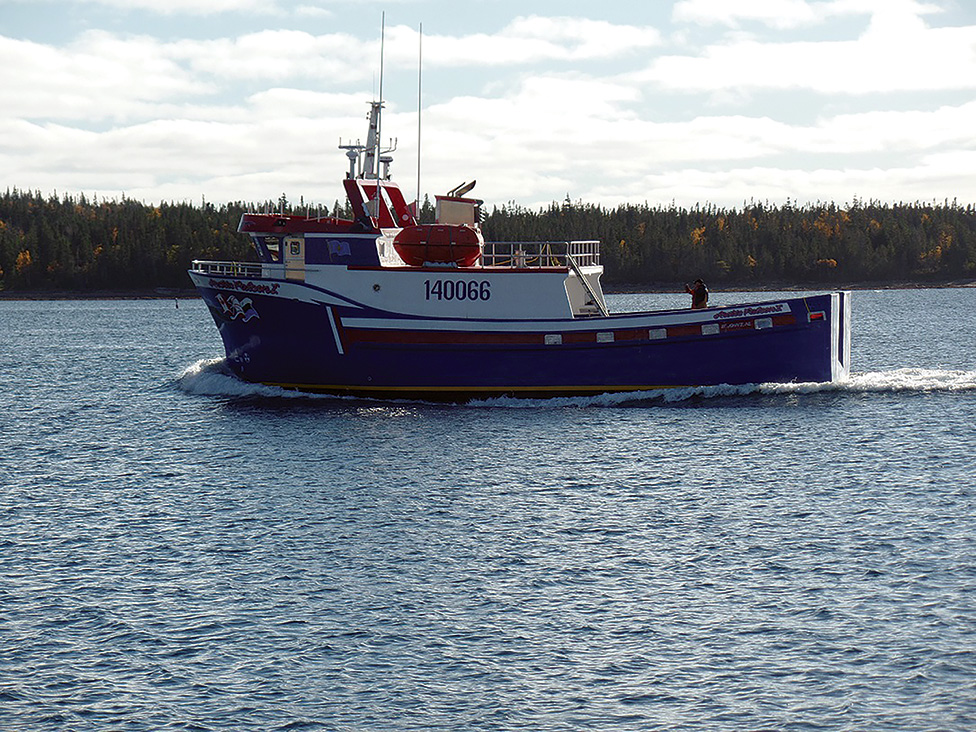 The official christening will be held at Harbour Grace in the spring when the boat is fully fitted out and ready for the opening of the crab fishery.

Cull is a long-time boat builder/repairer and had owned Northern Boat Repair for many years before selling the company to Boyd Lavers and Nicole House in 2015. Cull stayed on to work at the company and help train other workers. He is set to retire next year.

He said after they laid the keel for the Arctic Falcon 1 last year, it took about 12 months or more to complete the vessel with about 20 workers.

“To build something like that — the design of the boat is done by professional naval architects at TriNav — so we build by that, but it takes a bit of boat builder intuition to do certain things, to make shapes and stuff. 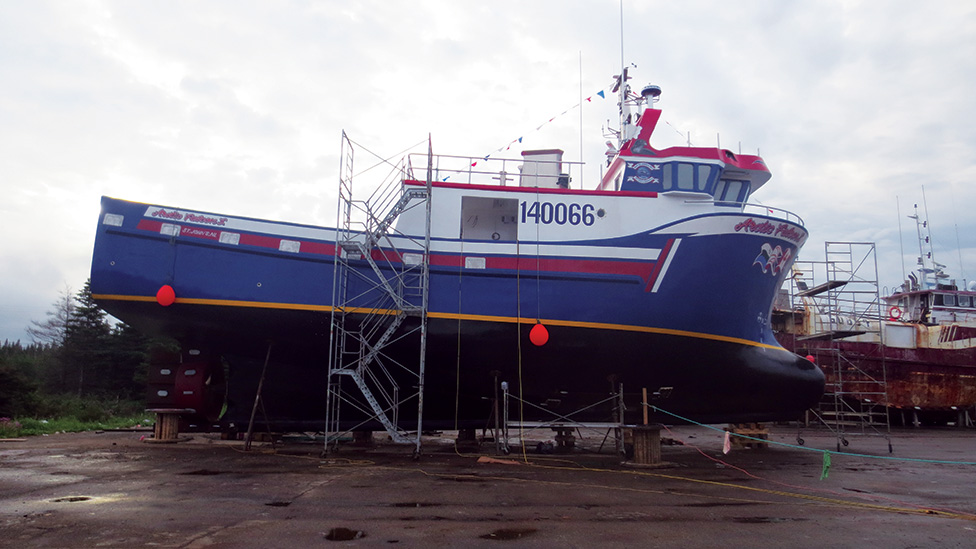 “Over all it feels good to say you built something like that. You get a funny feeling seeing her going out the harbour though. You’ve been at that boat for 12 months and now all that work is gone and you have to start something else.”

Rick Young, Director of TriNav Marine Design, said Walter Drover and his family have been customers and friends of TriNav for more than 20 years. 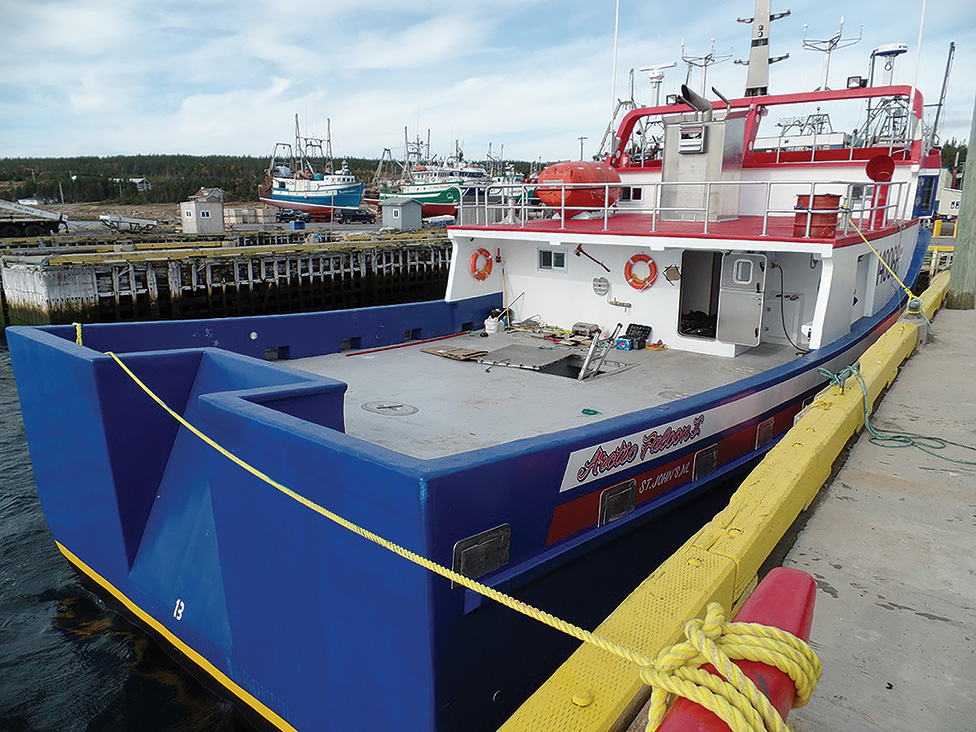 “When they approached me in 2015 to design their new vessel, I was honoured and excited to do the work. I knew that it would be a great project to work on because they are very knowledgeable and experienced fishermen and knew exactly what they did and did not want in a new boat. They are great people and run a very professional fishing business. And, I knew that with Val Cull as the master boatbuilder, getting the vessel from the design stage to the finished product would be pretty straightforward.”

“I’m very pleased with the new vessel and send my very best wishes to Walter, Skipper Walter Jr. and crew for a long and successful future with the boat.” 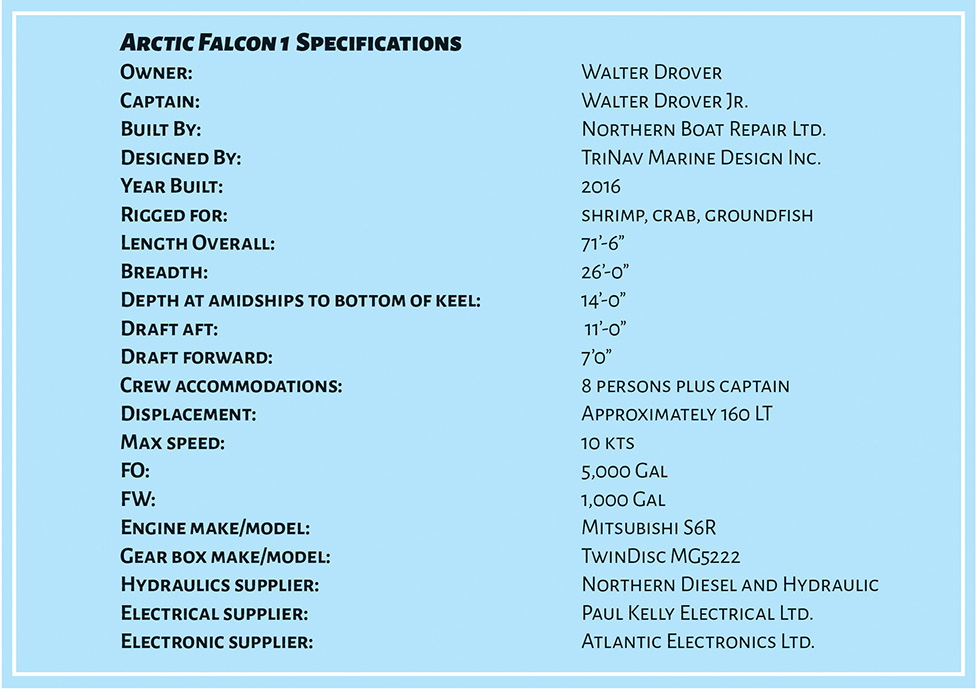 The Arctic Falcon 1 replaces Drover’s 50-year-old boat Nancy M. The Arctic Falcon 1 is one of two larger boats in his fishing business — the other is named the Arctic Eagle and was built in 2005. Drover said he liked the idea of naming his boats after birds of prey.

“I came up with the name of the Arctic Eagle when I was driving down through Harbour Grace one day and I was sizing up the Kyle and it came to me that Kyle was renamed once as the Arctic Eagle and I like that name so I named my boat that. When I got the new one built (this year) I decided to call it the Arctic Falcon.”

The SS Kyle, a famous Newfoundland steam engine ship built in 1913 in England has sat grounded since 1967 in the harbour at Riverhead, Harbour Grace. In 1958 the vessel was sold to Nova Scotian and American interests and renamed Arctic Eagle. It was later purchased by a Carbonear freighting company which brought the ship back to Newfoundland and gave it its old name back. 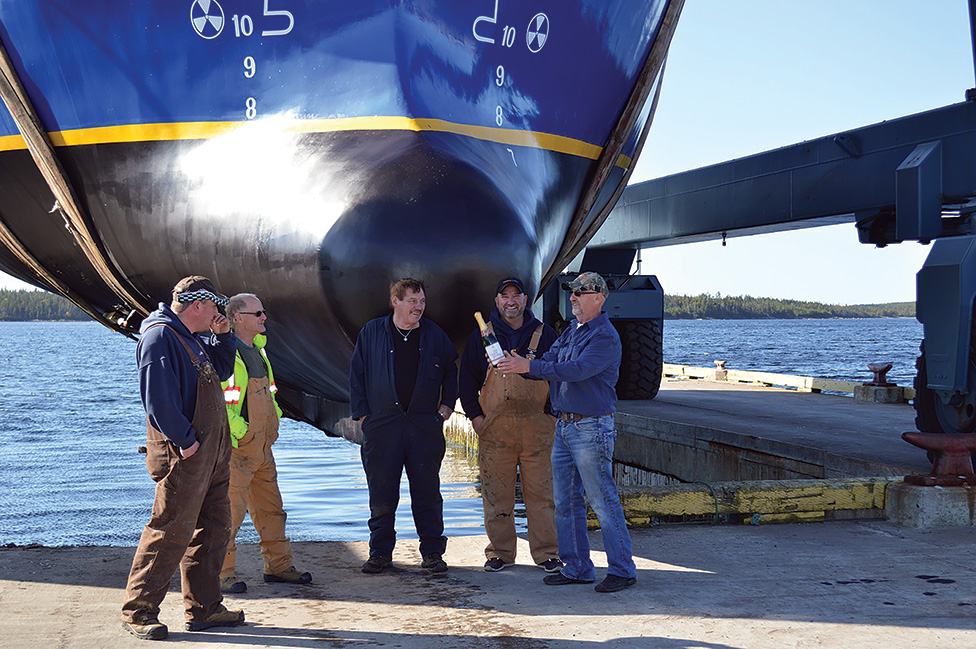 Drover said he is semi-retired from fishing and his two sons, Walter Jr. and Craig, skipper the two large vessels. Drover has a smaller inshore boat that he’d rather fish from these days, he said.

“I’m kind of a gopher now… go fer this and go fer that,” he joked. “I’ve been fishing all my life, always involved with fishing like my father before me. I took over from him. Now my two sons and son-in-law are involved in the business. Our main fishery is crab.”

In 2016, the negotiated price for snow crab in Newfoundland and Labrador hit a high of $3 per pound. The total allowable catch set by the Department of Fisheries and Oceans was 43,802 tonnes, an overall decrease of about 13 per cent from 2015 amid worries of a declining crab resource.

With a $2-million investment in a new boat, Drover acknowledges it takes having optimism in the future of the fishery.

“I always knew investing in the fishery was a gamble, but the past few years have been good,” he said. “The fishing has been good. Good catch rates and the price has been up.

“We have good crews and a bit of crab to catch, so we hope it will work out.”