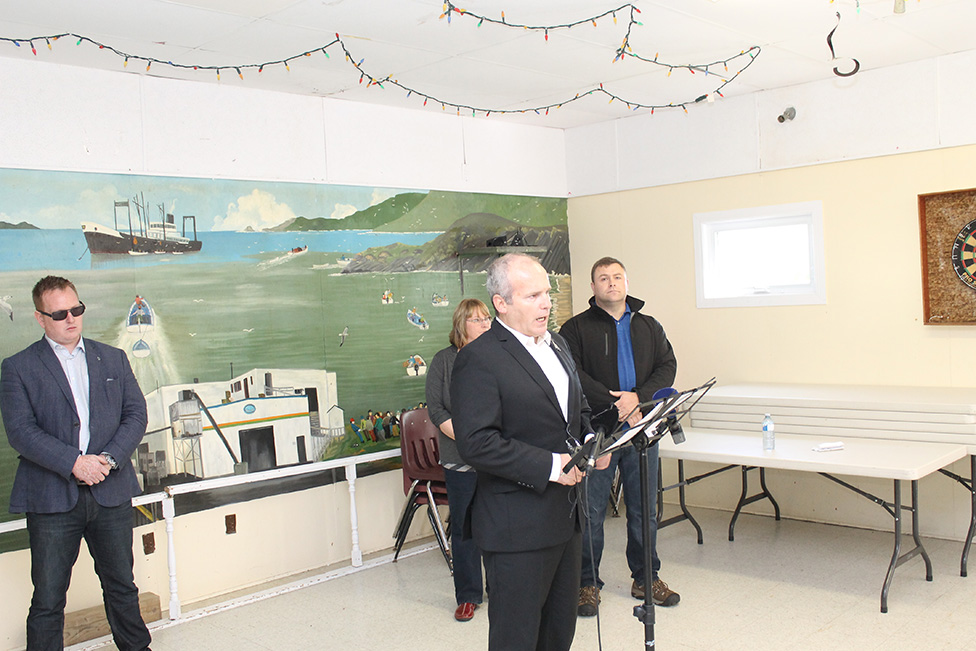 Two public meetings are scheduled for next week to gage interest in a new union that would represent Newfoundland and Labrador fish harvesters, breaking away from the long-standing Fish, Food and Allied Workers (FFAW).

The charge is being lead by former Member of Parliament Ryan Cleary and well-known fishermen Richard Gillett of Twillingate and Jason Sullivan of Bay Bulls.

The organizers kicked off the initiative at a press conference this morning in Petty Harbour, with about 20-30 harvesters present.

“Fish harvesters say the FFAW no longer works for them. The union has warped into a well-paid branch of the Government of Canada, more interested in feeding itself than representing the best interests of its membership.” Cleary said.

Fish harvesters say there is no consultation, no transparency and a web of conflicts of interest surrounding the FFAW, he added. “If harvesters want change, now is their opportunity to stand up and be counted.”

Gillett, best known for his appearances on the TV show Cold Water Cowboys, told the gathering that fish harvesters have lost confidence in the FFAW.

“We need an organization that will take us into the 21st century that will make us competitive on the world stage in terms of quality of fish and harvesting practices.”

Cleary said the new union would represent the province’s fish harvesters only — excluding plant workers and trawlermen, because all three groups of workers currently fall under the FFAW umbrella a set up that’s long been seen as a conflict of interest.

“The FFAW’s ability to hold the Government of Canada to account in terms of day-to-day management decisions and overall policy direction has also been questioned when it’s in receipt of untold millions of dollars from various federal government sources.”

When asked what the new union might be called, Cleary said the name The Federation of Independent Sea Harvesters or FISH, has been kicked around.

The first public meeting has been scheduled for September 19 at the Corner Brook Legion from 12-3 p.m. The second meeting will be held on the east coast, in Clarenville on the following day, September from 3-6 p.m.

No Replies to "New NL Fish Harvesters’ Union Being Proposed"