An aquatic invader is a non-native species that will likely cause (or has already caused) damage to the host ecosystem and existing species living there.

Prior to 2007, aquatic invasive species (AIS) in Newfoundland and Labrador were limited. The only known species was a bryozoan and colonial tunicate otherwise known as small aggregations of filter feeding aquatic invertebrates that cover surfaces in sites around the province. These are monitored by the Department of Fisheries and Oceans (DFO) and mussel growers.

In 2007, a much more threatening species was discovered in the waters of North Harbour, Placentia Bay — the now well-known invader, the green crab Carcinus maenas. This crab thrives as an invasive species all over the world, is highly aggressive and is detrimental to the health of the ecosystem of the coasts it invades. 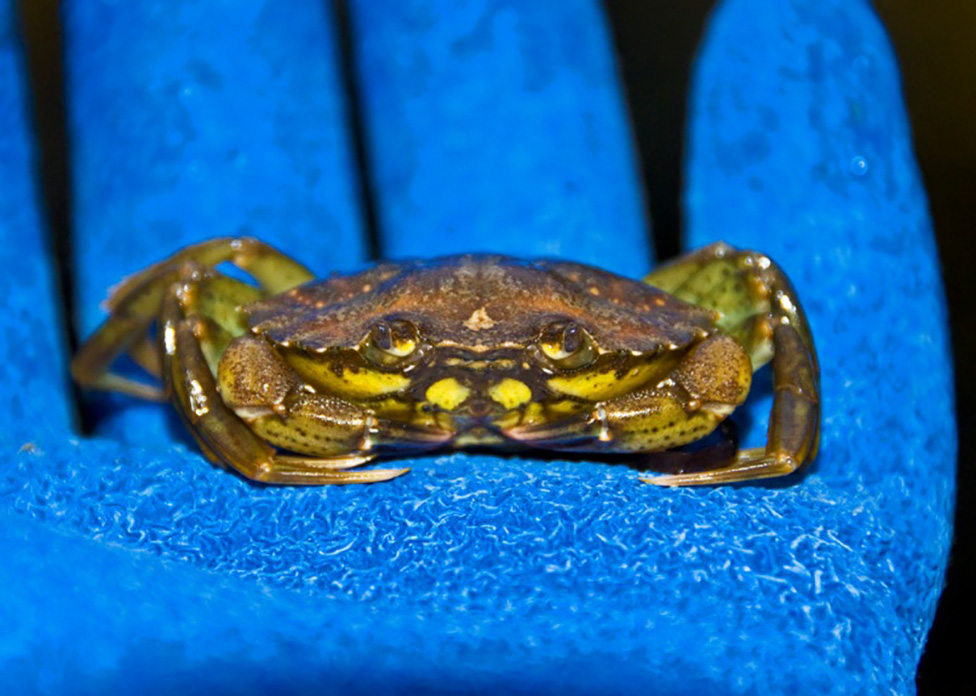 Since its discovery in our waters, there has been significant effort by fish harvesters, communities, management and science to help deal with the issue through monitoring, experimental mitigation, scientific research and public engagement and education.

When green crab was first reported by Newfoundland fish harvesters, a team from DFO immediately mobilized with a dive team from the Ocean Science Centre (OSC) to complete a rapid assessment. In addition to the provincial Department of Fisheries and Aquaculture’s (DFA) monitoring program, an annual green crab survey was started by DFO to monitor known sites for spreading. As well, experimental green crab licenses were and continue to be granted to select fish harvesters to monitor their areas and report catches.

Green crab populations have been found in two areas of the province, including the west coast (Bonne Bay, St. George’s Bay and the Bay of Islands) and on the south coast in Fortune Bay. To help with monitoring in these areas, a number of groups have stepped up to collaborate with Environment Canada and DFO, including Memorial University of Newfoundland professor Dr. Bob Hooper and the ACAP Humber Arm in the Bay of Islands.

The Qalipu Mi’kmaq First Nations band and the Conversation Corporation’s Green Team will be working together on a tagging program on the west coast along with the DFO later this summer.
Local fishers are actively involved in invasive species monitoring and mitigation. In 2008 and 2009, representatives from DFO, the FFAW and local harvesters took part in short-term experimental mitigations in North Harbour, Placentia Bay. The goal was to harvest green crab to study population dynamics and options for dealing with the invasion. 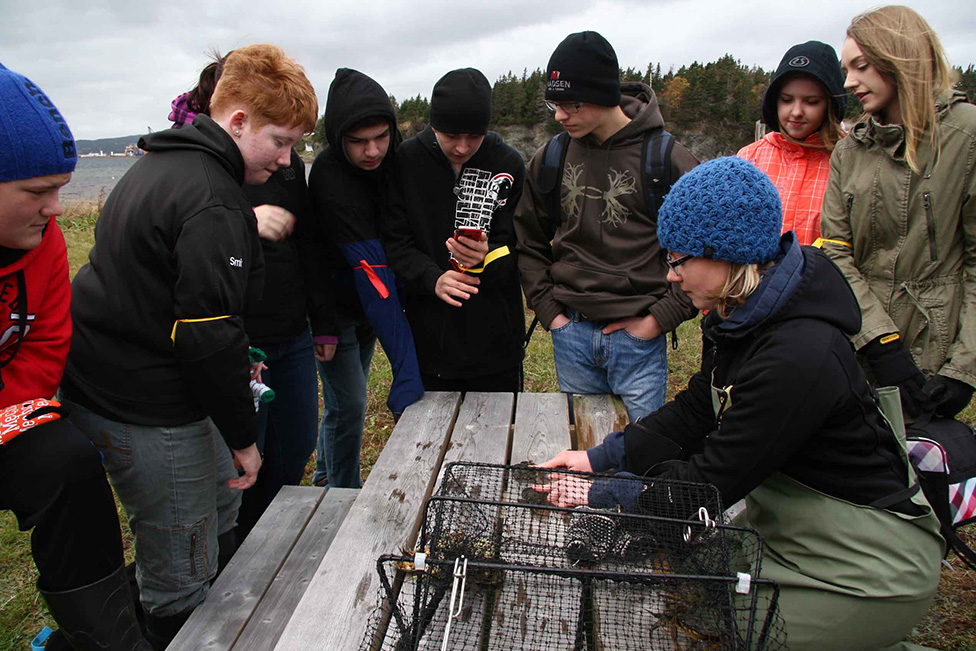 In total, the team removed 60,000 pounds of green crab in 30 fishing days. This design was continued in 2014 during a separate experimental mitigation study supported by Vale to study whether fishing pressure could control the population. Similar experimental programs are in the works for the Bay of Islands through ACAP Humber Arm this year.

Studies investigating interaction between green crab and local species, reproductive biology, genetic origins of the invasion, alternative uses if harvested, harvesting efficiency, tagging and migration are ongoing at DFO St. John’s, Memorial University of Newfoundland and other collaborating universities in Canada. Research findings add to the understanding of this species throughout its range in Canada and Europe.

In addition to important research, educating the public and ocean enthusiasts is the most powerful tool for preventing the spread of many aquatic invasive species and increases control of known populations of green crab in Newfoundland waters.

A provincial advisory committee now exists to maintain a solid network of all vested parties and to track research initiatives and outreach activities around AIS. 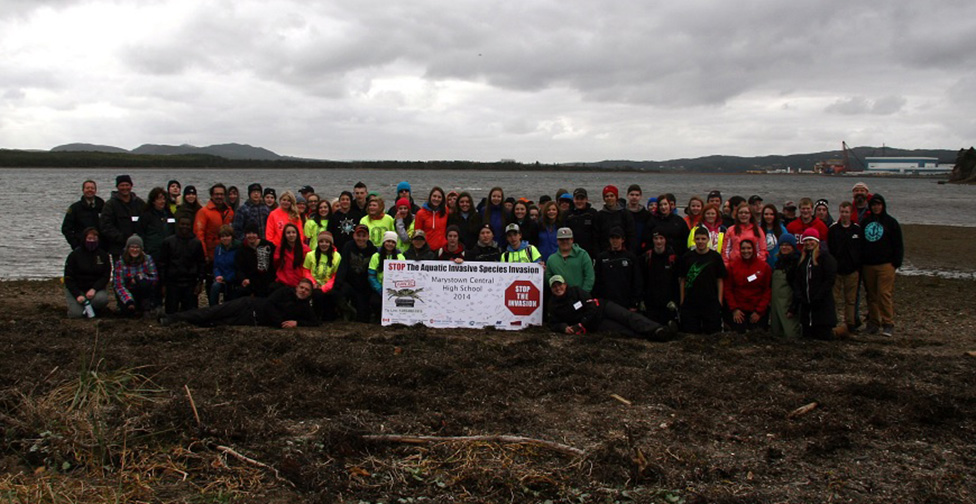 Students and teachers with staff of FFAW, DFA, DFO, fisheries officers and representatives from MI OceanNet and the Fisheries and Marine Institute. Photo: DFA

This committee connects all invested parties as well as mussel farmers, fish harvesters and educators with an AIS working group from the west coast.

Tools such as identification guides, posters and field references provided by the Newfoundland Aquaculture Industry Association (NAIA), DFO and DFA are helping to reach a wider provincial audience, in addition to programs for school-age children and public lectures through the Petty Harbour Mini Aquarium, industry and academic conferences, university guest lectures and information sharing at trade shows and family events.

To find out more about how you can help stop the spread of an AIS or if you think you’ve found one and need more information, please visit: www.naia.ca/r-d/aquatic-invasive-species or www.nfl.dfo-mpo.gc.ca/NL/AIS/Aquatic-Invasive-Species

Kiley Best is a fisheries technologist with CFER.

No Replies to "Newfoundland’s Fight Against Aquatic Invasive Species"