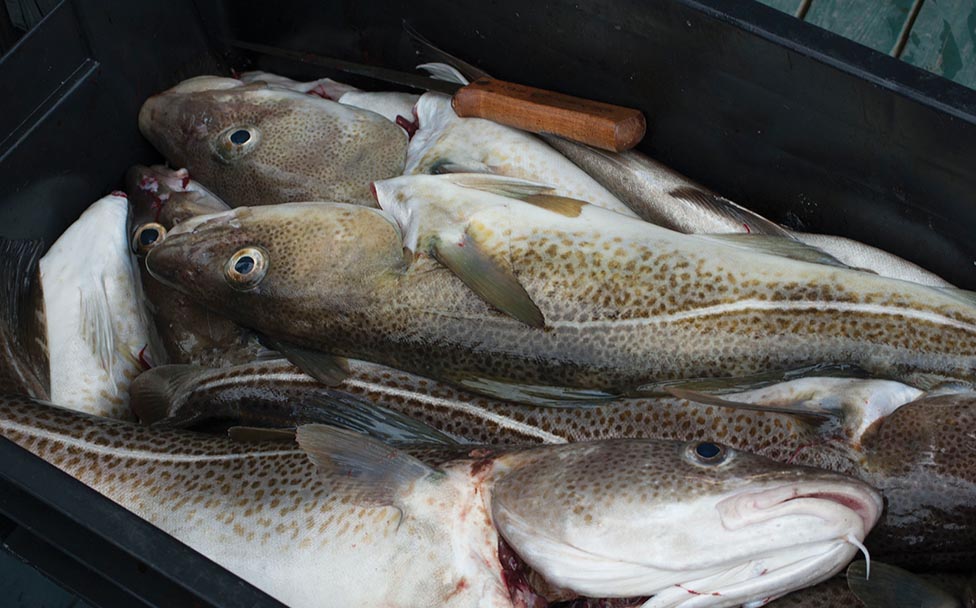 At 2:33 p.m. on July 7, the FFAW-Unifor sent out a press release calling on the Department of Fisheries and Oceans (DFO) to release the 2020 management plan for the Northern cod stewardship fishery.

Coincidence or not, later that afternoon, at 4:51 p.m., DFO responded with a press release of its own announcing the 2020, 2J3KL Northern cod stewardship fishery management approach.

DFO stated that the 2020 stewardship fishery management approach will include measures to ensure catches do not exceed 12,350 tonnes, a rollover of levels from 2019.

DFO said that details on the management measures (e.g. open and close dates, weekly limit amounts, etc…) will be included in the yet-to-be announced conservation and harvesting plan (CHP).

“This plan will continue to recognize that harvesters have availed of the department’s combining policy and made investments to acquire additional allocations. Weekly limits for combined enterprises will be greater than the base weekly limit by an amount proportional to the level of combining.”

Management measures previously in place for this fishery will continue, including:

Many industry stakeholders were quick to respond the 2020 catch rollover.

The Newfoundland and Labrador Groundfish Industry Development Council (NL-GIDC) said that the rollover in the allowable harvest for the 2J3KL cod stewardship fishery is somewhat disappointing, but not surprising.

The NL-GIDC is an association that represents the Fish Food and Allied Workers Union (FFAW-Unifor), as well as a number of inshore processors operating in Newfoundland and Labrador.

The NL-GIDC had earlier recommended a modest increase of the allowable harvest level for 2020 of 14,350 tonnes.

“DFO Science was scheduled to conduct a full assessment in the spring of 2020, but because of the COVID-19 pandemic, only a stock update was completed. This update did not provide any information from the regular stock assessment model or from tagging data. Additionally, there was limited consideration of industry perspectives,” the NL-GIDC said in a press release.

Jim Baird, chairperson of the NL-GIDC said, “it is obvious the harvest level recommended for the stewardship fishery by the NL-GIDC of 14,350 tonnes would have very little impact on stock rebuilding, yet DFO decided to go with the lower rollover-level of 12,350 tonnes. The rate of fishing mortality related to the NL-GIDC recommendation is less than 0.030 or 3 per cent of the total fishable biomass.”

The FFAW-Unifor also stated that the rollover will have dire impacts on an already suffering inshore fishery.

“The inshore fishery has experienced significant impacts due to the COVID-19 pandemic that is now being intensified as a result of an inadequate assessment for Northern cod. A rollover for this year’s quota is completely unacceptable and must be reconsidered by DFO before the season opens,” said Keith Sullivan, FFAW-Unifor President. “All available evidence suggests the biomass for Northern cod has continued to increase and justifies the modest increase as proposed by FFAW-Unifor,” he added.

“We understand that the worldwide pandemic has certainly impacted many things, including the way DFO conducts its science assessments. However, stakeholders were not given any opportunity to provide input or feedback into this science report which lacked critical data,” Sullivan said.

“The recent impacts of the global pandemic on our fisheries has made Northern cod more crucial than ever to our coastal communities. It’s critical that DFO immediately take another look at this ill-conceived rollover,” Sullivan noted.

However, the Atlantic Groundfish Council (AGC), which represents processors, stated earlier this year that the Northern cod science update demonstrated that the biomass showed virtually no change over last year, continuing to be in the critical zone, at about 50 per cent of the limit reference point (LRP) (i.e., 50 per cent of the point in which the stock is considered healthy enough to support a full commercial fishery).

“The information provided by DFO suggests the stock recovery has stalled and cod productivity will be further challenged in 2020,” says Kris Vascotto, AGC executive director.

“Although this could change in the future, without any signs of stock growth we cannot, in good conscience, increase catch in 2020.”

Earlier this year, in the midst of other fisheries across the region facing uncertainty due to the world-wide impact of COVID-19, DFO released its latest Northern cod stock status assessment and the news was not good.

A DFO technical briefing document stated that “We continue to be concerned about the status of the Northern cod stock, which remains in the critical zone. Survey indices suggest that recently observed stock growth (2012–2016) may have stalled. Ecosystem conditions indicated limited productivity and reduced food availability may be limiting growth of cod. The precautionary approach requires that removals be kept at lowest possible levels.”

This news was disappointing to many, especially since DFO announced last year that the iconic Northern cod stock off Newfoundland appears to be in better shape than initially thought.

A year ago, it was reported that the spawning biomass (SSB) for 2J3KL cod has returned to its level of two years ago, about 48 per cent of the critical level needed for a healthy fishery or 398,000 tonnes.

In fact, DFO actually revised its 2018 stock projection. The department was now reporting that the 2018 SSB has been revised from 315,000 tonnes to 383,000 tonnes and was anticipated to further increase in 2020.