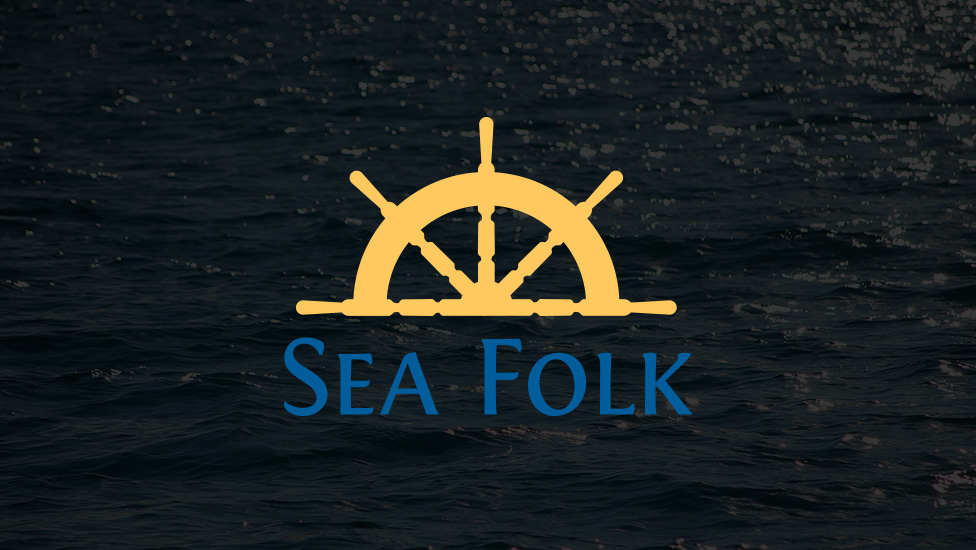 No Friend of Poachers

Larry Rumbolt can’t remember when he started fishing, but clearly remembers when he became a full-fledged crewmember and was paid a share of the season’s catch of cod and salmon.

The year was 1979 and Larry was 10 years old. His skipper was his dad, Charl (Charles) Rumbolt and his other boat mate was his 12-year-old brother Carlton.

The fishing season in Mary’s Harbour, Labrador was perfectly timed for schoolboys like Larry. Cod and salmon migrated to inshore coastal waters in late June, just as the school year ended and the fishing season was all but over when school started again in September.

Although fish stocks were in obvious decline, Larry liked fishing and stayed with his dad’s crew until the cod moratorium in 1992. 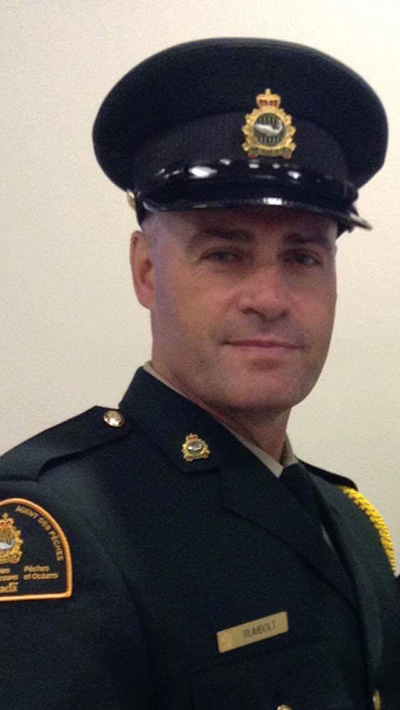 Like most fishermen, Charl Rumbolt waited to see what was going to happen because politicians said that the ban would probably end in a couple of years. But, by late 1993, the Rumbolts and most others realized the cod stock was far from rebuilding, so Charl sold his licenses, effectively putting an end to his fishing career as an enterprise owner.

At age 24, Larry knew it was time to plan for a new future. He also knew that whatever he decided would require additional education and training and that meant leaving home.

“It was a tough decision because I always imagined fishing like my father and my grandfather before him and I knew dad didn’t want us to leave, but the writing was on the wall.”

Larry researched various courses and programs that might interest him and settled on a one-year law and security course at the Career Academy in Corner Brook. It was daunting for a young man from small-town Labrador to pull up his roots and leave everything behind and face an entirely new lifestyle, but Larry knew he had no choice.

“I had a lot of concerns — I even worried that I might not have been smart enough to make it but I went anyway and graduated at the top of my class — with honours.”

That gave Larry the confidence he needed to think bigger. The Academy launched a new two-year diploma program that year called Natural Resources Technology and Larry knew it was for him. The program dealt with forestry, fisheries and various resources-based studies. It also had a law enforcement element.

After completing that program in 1997, Larry was amazed when his phone rang and a man who had a contract to do forestry work in Port Hope Simpson said he was looking for a technician. The job paid $12/hour, which seemed like big money to Larry at the time, so he took the job but a few weeks later his phone rang again.

This time it was the Labrador White Bear Development Association and it was looking for a resources technician with an offer of even higher pay, so Larry was off to take on his second technical job within a few months of graduating.

At the end of that contract, the pendulum swung back toward the sea. Larry heard that fisheries observers were needed on the Labrador coast, so he did a six-week course at the Marine Institute in St. John’s to meet the requirements.

The job was fine but observers were only paid for actual days at sea and bad weather kept boats in port more than they fished that summer, so Larry had to move on. He received a call from a crab fishing skipper who was looking for a crewman and Larry wound up doing what he had done most of his life — he was a fisherman once again.

Two years later, Larry was tormented. Not owning a fishing enterprise when he was young and fishing with his dad was fine but now, married and a father himself, fishing as a crewman was not what he wanted. He had invested three years of his life pursuing a different career; one that he intuitively knew would eventually pay off if he gave it a chance. It wasn’t easy, but one moonlit night it became as clear as the moon and stars that it was time to make another change.

“I remember it well. We were on the way in [to port] from fishing. It was a beautiful night on the water — it was calm, stars were shining brightly along with a big moon and it was a setting where I could reflect really well,” Larry explains.

Larry went home that night and sat down to talk with his wife Deanna.

“I told her that I had to get out of the fishery — it’s wasn’t for me anymore. And, she was 100 per cent behind me and said I’d have her support no matter what decision I made.”

That was all Larry needed to hear.

Larry’s intuition that things would work out didn’t take long to prove true.

“I’m not sure whether it was the same day that I told my skipper that I wouldn’t be available next season, or the next day, but Calvin Pool from the Fisheries and Oceans (DFO) office called and said they were looking for a guardian and they needed one soon.”

Larry applied and a few days later he was a fisheries guardian, stationed in Charlottetown, Labrador.

The guardian position was a summer casual work position and lasted for nearly four months a year, with a significant amount of enforcement detail alongside DFO fisheries officers. Larry really enjoyed the work and spent the next 15 years in the position.

Seasonal work meant that Larry had time for additional activities, especially in winter.

Still in keeping with his law and security leanings, Larry volunteered with the Auxiliary RCMP and the Canadian Rangers for many years. He even became involved in municipal politics, serving as a town councilor for years and was elected mayor of Mary’s Harbour for six years.

In 2015, a fisheries officer position in St. Lewis was available and his colleagues and friends encouraged Larry to apply for it. He did and he was successful.

At first, he was accepted to advance to the training stages, but even if he completed that level and became a fisheries officer, there was no guarantee that he would get the position back home. As a federal officer, he could be posted in any one of DFO’s stations across the country.

After seven weeks study at the Holland College Police Academy in P.E.I. and an additional nine weeks with the RCMP training division in Regina, Saskatchewan, Larry passed all the requirements to be a full-fledged fisheries officer. In fact, he passed with flying colours.

He received a very high honour when his fellow students voted him “Fishery Officer of the Troop” and was awarded the Obert Sweitzer Award in recognition of his exemplary performance as an officer candidate and for his steadfast dedication to the role.

“I was absolutely stunned when I received that award. It was overwhelming.”

Not only did the training go well, the icing on the cake came when he was accepted to the available position in St. Lewis, six miles across the bay from Mary’s Harbour.

For Larry Rumbolt, it was like a dream come true.

Larry knows he will be busy in his new posting. Along with four fellow officers, his area of duty is extensive, stretching mainly from L’Anse au Clair to Black Tickle, but depending on circumstances, may extend as far north as Makkovik.

The fishery in that area includes a reemerging cod fishery, snow crab and shrimp as well as communal fisheries of salmon, trout and char and recreational salmon fisheries on the many Labrador coast rivers.

We wanted to know what it’s like working in enforcement at home where some of the people he might have to charge are personally known to him — maybe even a friend.

“I’ve always felt that the key to good enforcement is education. Not everyone is aware of all the fisheries regulations and most people are capable of making a mistake and you deal with that in an appropriate manner. It’s their resource and I see it as a partnership — we all need to look after it and they too have a role to play in protecting their resource. That’s the way I talk to them on the wharves or wherever.”

“But what about when someone is knowingly breaking the law and that person is a long-time acquaintance?” we asked.

“I don’t have a problem with that. If he is deliberately poaching salmon, he is no friend of mine.”

No Replies to "No Friend of Poachers"