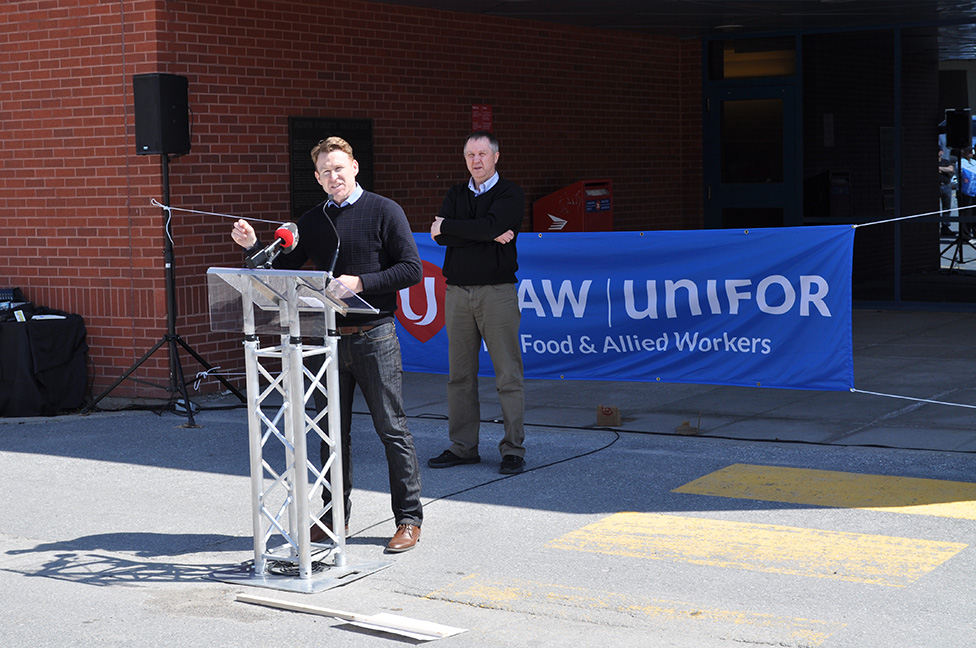 Inshore northern shrimp harvesters and plant workers have mixed feelings on the announcement by the Minister of Fisheries and Oceans on proportionate sharing in shrimp fishing area (SFA) 6 and quotas for 2016-2017, the Fish, Food and Allied Workers Union (FFAW-Unifor) said in a press release Friday.

The new proportionate sharing plan will allocate 70 per cent of the annual northern shrimp quota in SFA 6 to the inshore fleet, which is a move to a better fisheries management regime for Newfoundland and Labrador.

“The quota cut is not representative of the majority of opinions expressed in Montreal last week at the Northern Shrimp Advisory Committee meeting,” said Keith Sullivan, FFAW-Unifor President).

“The reduction in quota needed to be phased in over time. This would be both conservation and community minded. The 42 per cent quota cut will leave our coastal communities in a very vulnerable economic situation.”

The quota cuts will bring significant loss to inshore harvesters and plant workers. “We are very concerned about the impact of this cut on shrimp plants and plant workers,” continued Sullivan. “Plant workers were already facing a reduced season this year and this cut has placed many plant jobs in jeopardy.”

A cut to the northern shrimp quota was expected this year due to declines in the stock. “The fishery is in transition, with a decline in the shellfish resource and a strong growth in groundfish,” Sullivan asserted. “But DFO needs to be cognizant of this transition when managing the fishery and deciding on quota cuts. We cannot shut communities off from shellfish this year and expect them to rebound in three years when groundfish has fully returned. Fisheries are interconnected and need to be managed to reflect that fact. With this quota decision, DFO missed an opportunity to move forward with an integrated approach to fisheries management.”